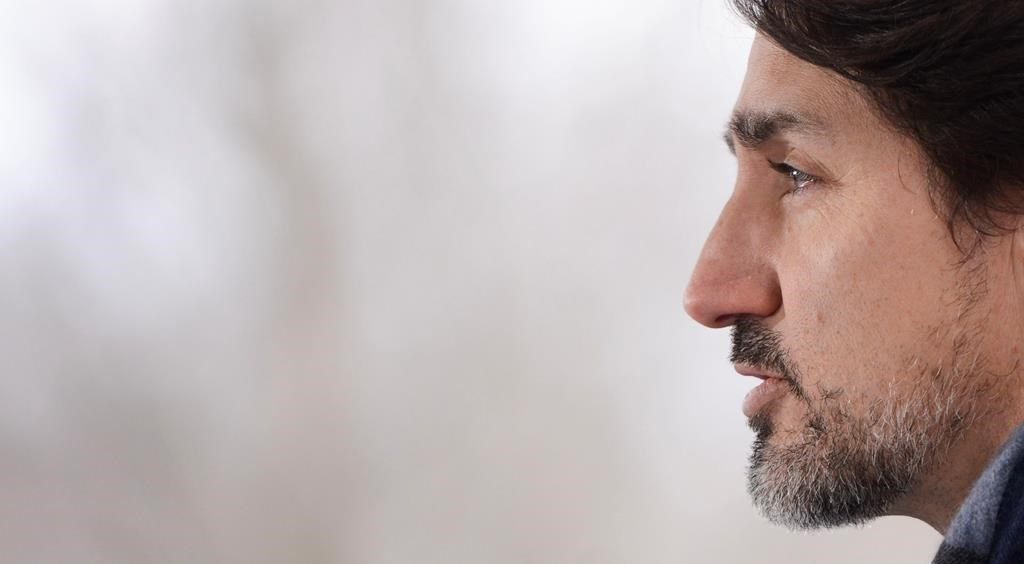 The sweep of COVID-19 throughout Canada's nursing homes is proving more devastating than expected, Prime Minister Justin Trudeau said Thursday as he warned that reopening the economy too early would be "absolutely disastrous."

With the number of deaths from COVID-19 in Canada nearing 1,200 — and seniors by far the hardest-hit group — the prime minister said Ottawa would discuss additional supports for provinces in tackling outbreaks in long-term care homes, including a request by Quebec for military relief.

"I think one of the things we've seen over the past number of weeks is a far more severe impact on a number of seniors' residences and long-term care centres than we had certainly hoped for, or more than we feared," Trudeau said.

"It is impossible to imagine the anguish families and indeed our elders are going through in this situation — there is just so much fear, so much uncertainty," he said.

"We need to do a better job of being there for them. The federal government is looking at ways to support the provinces, as they deal with this issue."

While the overall curve of new confirmed COVID-19 cases is "bending," the proportion of outbreaks in long-term care homes has led to a higher death rate than expected, Canada's top doctor said.

Dr. Theresa Tam, the country's chief public health officer, said more than 90 per cent of the patients confirmed to have died from the virus are over the age of 60, and half of them lived in long-term care homes.

However, seniors are not the only vulnerable group, she said, noting more must be done to help people experiencing homelessness and precarious housing — conditions that also make it difficult to maintain physical distancing and hand-washing protocols.

"Without immediate action there will be more outbreaks and avoidable deaths with broader societal and public health implications... We cannot crush this curve unless and until everyone is looked after," she said.

While some provinces, including New Brunswick and Prince Edward Island, reported no new cases Thursday, the numbers continued to rise by the hundreds in the two provinces hardest hit by the virus.

Premier Francois Legault said most of the newly recorded deaths had not occurred over the last day but were added following a change in data collection methods.

Some 2,000 doctors responded to Legault's call for assistance in the province's overburdened long-term care homes, he said, but the federal government said the province has also formally requested military support.

"Obviously, it's going to be a big challenge to have everyone work together, people who are not used to working together," Legault said of the new dynamic, but he invited everyone to "put a little bit of water in our wine."

"It will not necessarily be easy, especially in conditions that are really exceptional. But, I am convinced that with good faith ... we will be able to have these people work together."

The prime minister said the two governments are trying to sort out a response, which could involve the Canadian Red Cross, the military or volunteers.

While the Canadian Armed Forces do have doctors, the military is normally sent to help during natural disasters and other such crises rather than medical crises, Trudeau said, but he noted the pandemic presents an unprecedented challenge.

In Ontario, where 514 new cases and 38 more deaths were reported Thursday, Premier Doug Ford said he wouldn't hesitate to make a similar request if the situation called for it.

"Everything's on the table," Ford said.

Economic relief was also at the forefront Thursday, as Ottawa announced more financial help for small businesses struggling to survive the COVID-19 pandemic that has brought much of Canada's economy to a standstill.

Some small and medium-sized businesses with payrolls just under or just over the initial threshold had complained that they were not eligible for the loans.

Major tourism attractions joined them in sounding the alarm, with both the Vancouver Aquarium and the Toronto Zoo calling for immediate financial support.

The aquarium said it could close for good within months without a lifeline of at least $1 million a month, while the zoo announced a fundraising campaign to cover $1 million in annual food costs for its animals, which it said were normally funded through parking and admission fees.

While renewing his pledge to help businesses weather the pandemic, Trudeau said Canada is a "long way" from even considering reopening its economy.

"It would be absolutely disastrous for us to open up too early or too quickly and have another wave hit us that could be just as bad as this one and find ourselves in a situation of having to go back into quarantine the way we are now and have everything we’ve done these past weeks be for nothing," he said.

It was a much different story across the border Thursday as U.S. President Donald Trump unveiled a phased approach to reopen parts of the country.

Trudeau said it will be a while before the U.S.-Canada border reopens.

An agreement between the two countries to limit border crossings to all but goods and a small number of essential workers is due to expire in days, but Trudeau said it will be "many weeks" before the restrictions are loosened.

The issue was discussed Thursday morning in a call with other G7 leaders to go over the ongoing global response to the COVID-19 pandemic.

Trudeau was to hold a teleconference call Thursday evening with provincial and territorial premiers, where the discussion is expected to be dominated by the crisis in long-term care facilities.