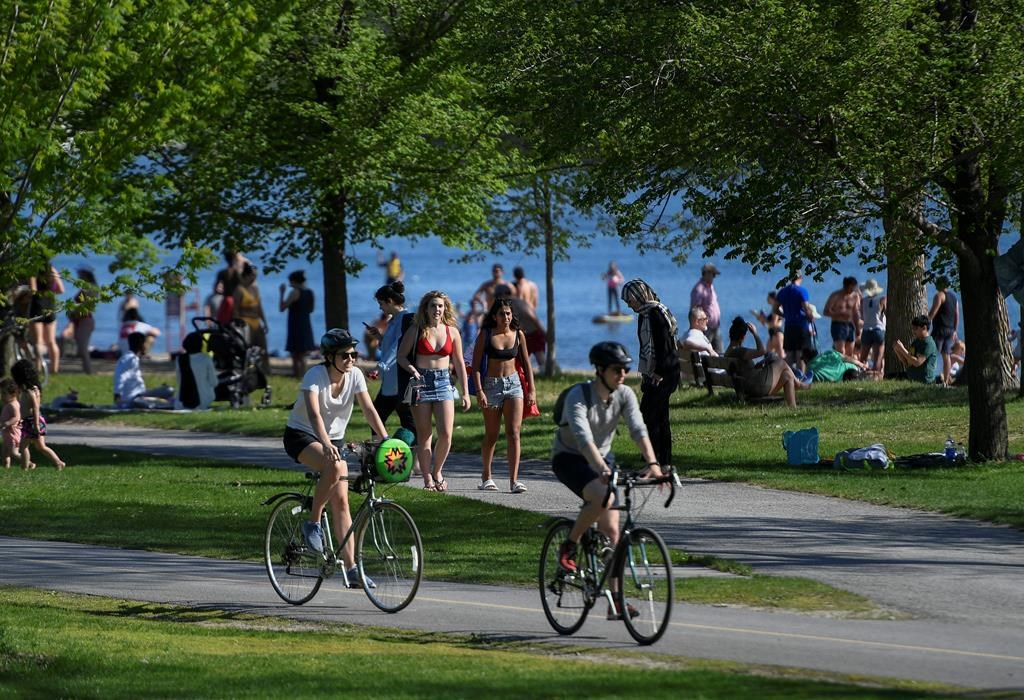 People enjoy the warm weather at Mooney's Bay Park in Ottawa, on Saturday, May 23, 2020, in the midst of the COVID-19 pandemic. Photo by The Canadian Press/Justin Tang
Previous story
Next story

Ontario Premier Doug Ford announced Sunday that anyone in the province can get tested for COVID-19, regardless of whether they have symptoms, as cases continued to mount and officials criticized thousands of people who gathered in a Toronto park a day earier.

The premier said mass testing is the province's best defence against the virus, adding that the only way for the province to reach its testing capacity of nearly 25,000 is for people to show up to provincial assessment centres. Currenly, daily testing rates hover around 11,000.

"If you are worried you have COVID-19, or that you've been exposed to someone who has COVID-19, even if you're not showing symptoms, please go get a test," Ford said during a televised speech on Sunday.

"You will not be turned away, you don't need an appointment, just show up."

A spokeswoman for the Minister of Health later said in an email that the province doesn't anticipate demand for tests outpacing supply, even with this directive.

The messaging is a marked change from earlier guidelines for the general public, which said that only people displaying one or more symptoms of the novel coronavirus should be tested.

The announcement comes as cases continue to mount in Ontario, with 460 confirmed cases reported on Sunday along with 25 deaths related to the virus.

The new cases account for a 1.8 per cent increase over the previous day.

The province now has 25,500 confirmed cases, which includes 19,477 that are marked as resolved and 2,073 where patients have died.

The Ministry of Health said it completed 11,383 tests over the previous 24 hours.

Meanwhile, the premier criticized Torontonians who flocked to a popular downtown park on Saturday after city officials said thousands of people at Trinity Bellwoods Park were flouting physical distancing rules.

"I thought it was a rock concert in the beginning when I went out there, I was in shock," Ford said.

"I get it, it's a beautiful day out, everyone wants to get out and have a great time ... but the images I saw, we just can't have that right now, it's just too many people too close."

On Sunday, far fewer people were at the park, Toronto police said, noting that there were more cops and bylaw officers present to issue $1,000 tickets to those violating the rules.