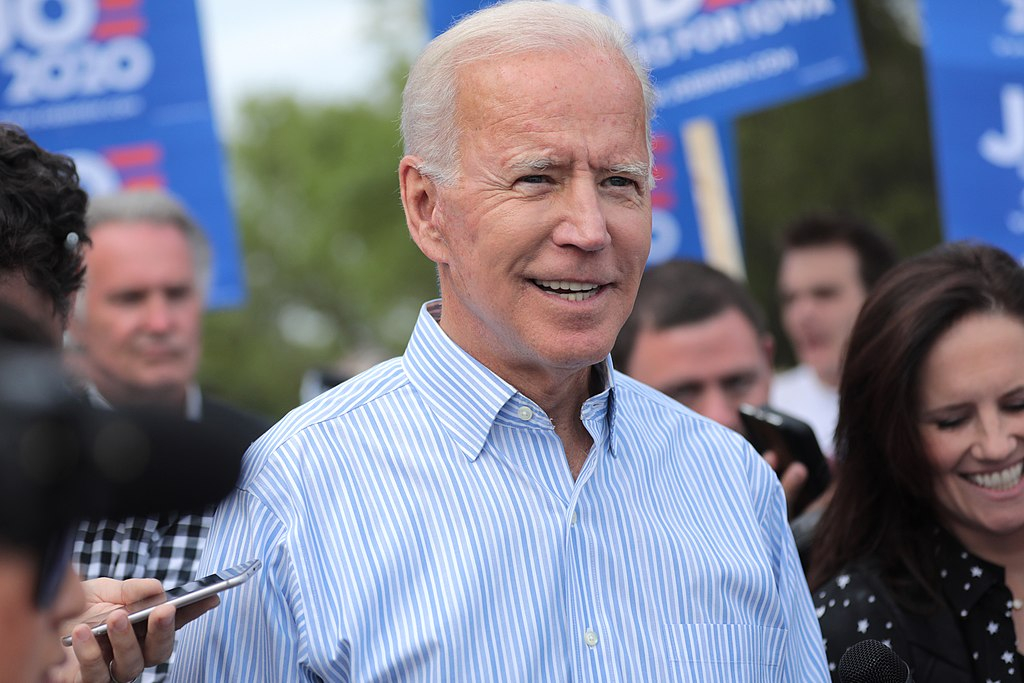 As a figure unblemished by shame or reflection, Donald Trump perfectly embodies a pre-pubescent ideal of manhood as unrestrained dominance. That he stands today unrivaled as the ultimate Proud Boy icon is entirely fitting, because Trump is childish to his core.

There's no coincidence of course. Trump's 2016 path to the presidency was powered by Steve Bannon who, in his former role as publisher of Breitbart News, had mastered the social media dark arts of peddling bitterness and hatred to a massive established network of misogynist online trolls.

Add Roger Stone, a political conservative consultant and now convicted felon, and it was a match made in hell.

Biden's campaign was a study in contrasts.

While his nomination of Kamala Harris as running mate filled his campaign with aspirational messaging for girls and women, it was also a vital example for boys. More subtly, the Biden campaign conveyed something else. Something more rare in these times: an alternate vision of manhood that exudes dignity, service, courage, and tenderness, delivered in the timbred tones of Sam Elliott.

Do it for Shamar. ❤️ pic.twitter.com/zTWwKb7H3E

And there was Joe reciting poetry--poetry--in a campaign ad. Or the stanzas of hymns in his acceptance speech.

Then there were the videos of Biden with boys. Pinning an American flag on a child, expressing deep caring for a young boy afflicted with stuttering, or spontaneously hugging and kissing the bereaved son of a Parkland shooting victim.

This so shows what a good and great man does pic.twitter.com/32lgJlX15O

And there it was again on the debate stage, with the world watching. When Trump cruelly attacked Biden over his son Hunter's history with drug addiction, his reflexive flash of anger and declaration of unconditional love struck home. Even the scurrilous hack, apparently from the younger Biden's laptop, of his father's private texts to him in rehab, displayed deep devotion and encouragement.

What parent read those words and didn't feel a swelling urge to express loving kindness to their own child?

Nothing about these notes of manhood is inherently gendered, which is part of its beauty, but it is unmistakably adult. Indeed, the Harris nomination is itself a manifestation of a comfortable masculinity altogether beyond the grasp of Donald Trump. It's open, warm, and welcoming; fully at ease with itself.

In a world focused on equality for girls and women, many of our boys and youth struggle to find their way. Things can only be worse with bullying now celebrated and modelled daily in the White House, and an online world filled with anger and competition. What's come to be known as toxic masculinity is also hurting our boys. For them to see loving kindness modeled from the most powerful office in the world is a badly needed tonic.

And with that calm reassuring confidence, Joltin' Joe knocked it out of the park.

The resounding scale of Biden's victory is obscured by the red mirage that marked the early ballots, the politics of the Electoral College, and the closeness of the vote in swing states.

He won an outright majority of votes cast--likely to top 51% when all are in. He is projected by Nate Silver to receive almost 82 million votes--almost 12 million more than Barack Obama's previous high of 69.5 million. His ultimate margin of victory is projected to come in between 4.5 and 5% -- some 3 points above Hillary Clinton's. And he'll win the same Electoral College share that Trump won in 2016.

While many remain shocked that so many Americans could endorse Trump, a president so devoid of redeeming qualities, it's crucial to remember the power of presidential incumbency. No elected President of the United States has been defeated in a straight two-candidate race in almost 90 years. Such a feat is almost impossible. Gerald Ford, defeated in 1976, was never elected, having ascended to the presidency in 1974 on Nixon's resignation. Both Jimmy Carter and George H.W. Bush faced third party candidates who captured 6% and 19% of the votes, respectively.

Not since FDR's victory over Herbert Hoover in 1932 has such a resounding rejection been handed to a sitting president.

Donald Trump himself understood the force of presidential incumbency--just look how he injected the trappings of the presidency into every part of his campaign. He gave his Republican National Committee acceptance speech in the Rose Garden; held constant rallies in front of Air Force One; and had the newly sworn in Supreme Court justice appear at a White House campaign event.

To the average American, such potent visual cues fuse Trump's identity with the presidency itself.

That this was rejected by one of the largest vote margins in recent times is a much greater repudiation than has been understood.

At its heart, this was not an election about policy, but character and decency.

After all America and the world has been through, what a soothing balm it is to see a grown man ascend to the presidency, with a brilliant and dynamic woman at his right hand.

I ask myself questions about

I ask myself questions about my ancestors.

When I thought about what was the most important issue for Dad, a big tough rancher?

It was "respect for women" which I saw daily as a child in the way he treated Mom. He also would stop what ever he was doing to help his mother. He treated his sisters like the special people they were.

I am blessed to have a wife, daughters, surrogate daughter and granddaughter, all who I respect individually.

Thank you Ms. Sandy Garossino for addressing this issue. I have felt sick to my soul about the way Trump treats and talks about women.

It was largely a contest

It was largely a contest about decency because Biden's platform was mostly about him not being Trump. His campaign was largely funded by the health care industry. Not surprisingly, Biden opposes medicare for all during a recession and pandemic. Was Biden's decency on display when he pushed the 1994 crime bill, strongly supported the Iraq war, and pushed a bankruptcy bill written by the financial industry? Trump was obviously worse, but that does not mean Biden merits a halo. It is great Biden loves his son, but is it really appropriate for Hunter to take on a job for a Ukrainian oil company for $50k a month?

Nobody is under the delusion

Nobody is under the delusion that Joe Biden is some kind of pure saviour. America is in such bad shape that the choice was between hope and madness.
Yes, Biden pushed the nasty crime bill in 1994 but he addressed that in the campaign and admitted he was wrong. That is not a small thing. Trump's personality disorders means that he is actually incapable of admitting a mistake.
No, it was not appropriate for Hunter Biden to take that job but it was not illegal.