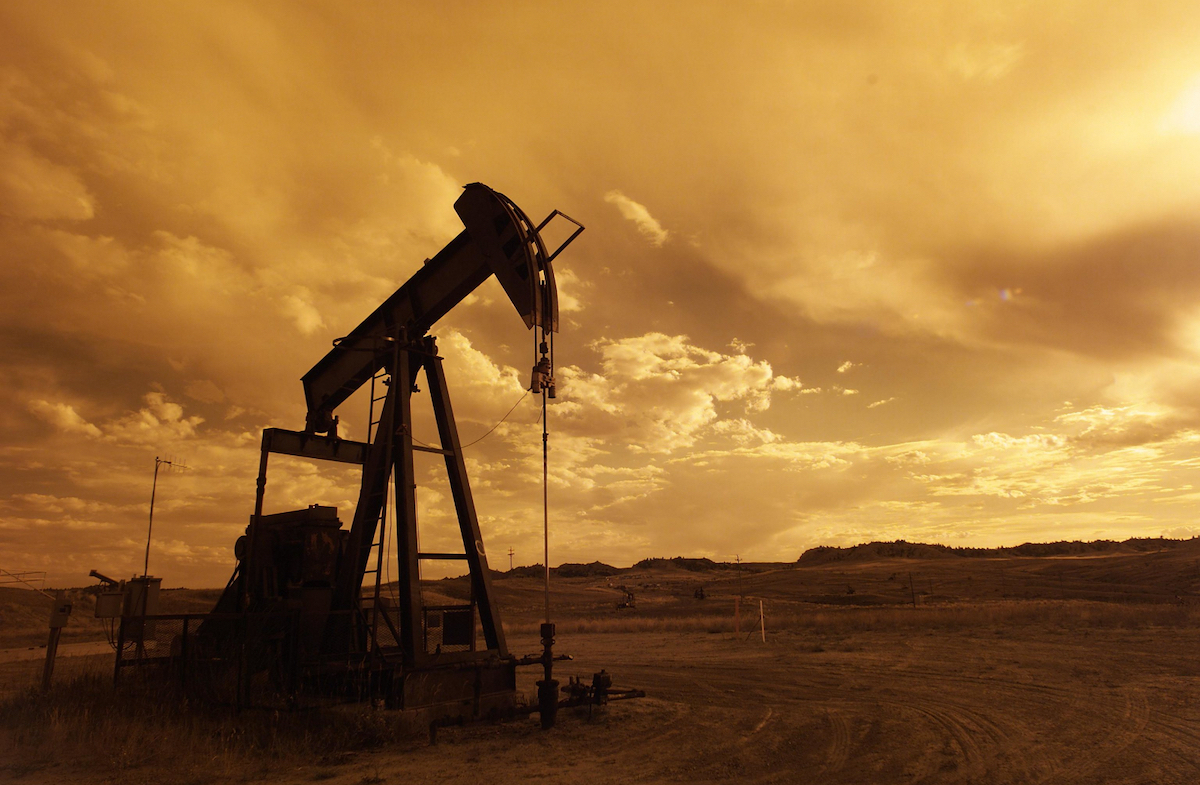 A pump jack near Casper, Wyo., in 2003. Photo from the U.S. Department of Energy
Previous story
Next story

Fossil fuel production around the world must start winding down now, dropping by six per cent per year for the next decade to avoid the more extreme consequences of the climate emergency, according to a major new study backed by the United Nations.

Instead, governments around the world, including Canada, expect to go in the opposite direction — producing more coal, oil or natural gas “far in excess of the levels consistent with the Paris Agreement temperature limits,” states the 2020 Production Gap report, released Wednesday.

Researchers working in collaboration with the UN’s Environment Program looked at publicly available energy strategies of eight major fossil fuel-producing countries that collectively account for 60 per cent of the global fossil fuel supply.

They found a planned average annual increase of about two per cent per year to carbon-intensive energy production. Such production levels would result in more than double, or 120 per cent more, high-carbon fuels by 2030 than would be consistent with holding global heating below 2 C above pre-industrial levels.

“Governments are altogether still planning on producing far too many fossil fuels,” said Ploy Pattanun Achakulwisut, a scientist with the Stockholm Environment Institute (SEI) and the corresponding author of the report’s chapter on the production gap.

This includes Canada, which expects its crude oil and natural gas production to keep steadily climbing over the next two decades, even as the federal Liberal government commits to net-zero emissions nationwide by 2050 and promises to increase the stringency of its 2030 emissions target.

Canadian crude oil production isn’t expected to peak until at least 2039, and natural gas production isn’t expected to peak until 2040, according to projections from the federal energy regulator that were released last week. Wednesday’s report cites Canadian projections showing 6.4 million barrels of oil per day and 187 billion cubic metres of natural gas by 2030.

Julia Levin, climate and energy program manager at Environmental Defence, said the report sounds the alarm over the disconnect between the climate commitments of countries and their plans for their energy sectors.

As a wealthy nation, said Levin, with expertise in renewable energy and clean technology, Canada has the ability to start down a path of a managed decline of fossil fuel production, while ensuring such a transition is just and equitable for workers in the sector.

“It will require courage and leadership from our elected leaders to start having honest conversations about what achieving zero emissions really means, and to stop dancing around an obvious truth: That we must transition off of fossil fuels,” she said.

Global fossil fuel production must drop six per cent a year, starting now, to avoid climate catastrophe. But governments, including Canada, expect to go in the opposite direction, according to a new report backed by @UNEP

COVID-19 made a dent, but not enough

Canada is one of four countries examined in the report, along with Australia, the United States and Russia, that are forecasting increases in their oil and gas production. The eight countries studied also include China, India, Indonesia and Norway.

The researchers — who also hailed from the International Institute for Sustainable Development (IISD), Overseas Development Institute (ODI) and European think tank E3G — said the COVID-19 pandemic and the lockdown measures meant to stop the spread of the virus did take a bite out of fossil fuel production, but not nearly enough to stave off harsher climate disruptions.

Pre-COVID-19 energy plans, as well as government stimulus and recovery measures, however, could “prompt a return to pre-COVID production trajectories that lock in severe climate disruption.”

“To date, governments have committed far more COVID-19 funds to fossil fuels than to clean energy,” the report states.

“As of November 2020, G20 governments had committed US$233 billion to activities that support fossil fuel production and consumption, as compared with US$146 billion to renewable energy, energy efficiency, and low-carbon alternatives.”

One very important fossil fuel player is missing from the report: The researchers could not find data from Saudi Arabia. But the state-controlled fossil fuel giant Saudi Aramco has indicated in a Reuters story that it will ramp up production as soon as demand returns “before a shift to cleaner energy makes crude all but worthless.”

Credit for committing to clean it up

The federal government gets credit in the report for committing $1.7 billion towards cleaning up orphaned and abandoned oil and gas wells, and for launching a methane emissions reduction program.

Canada, with its carbon pricing system, is also one of several governments that have introduced reforms and limits to fossil fuel consumption. It is also one of three countries to have set up bodies that are helping design policies to facilitate a “just transition” away from fossil fuels.

Michael Lazarus, director of SEI’s U.S. centre and co-ordinating lead author of the report, noted that even though Canadian oil production is forecasted to continue to rise, the Canada Energy Regulator had “substantially ramped down” the projections in its latest report.

“I think we may begin to see other countries starting to do the same,” he said. “But the point is they need to be encouraged to do so. It doesn’t necessarily come automatically.”

Canada is also listed as a “leading provider of fossil fuel producer subsidies” and Alberta’s equity and loan guarantees for the Keystone XL pipeline are also singled out.