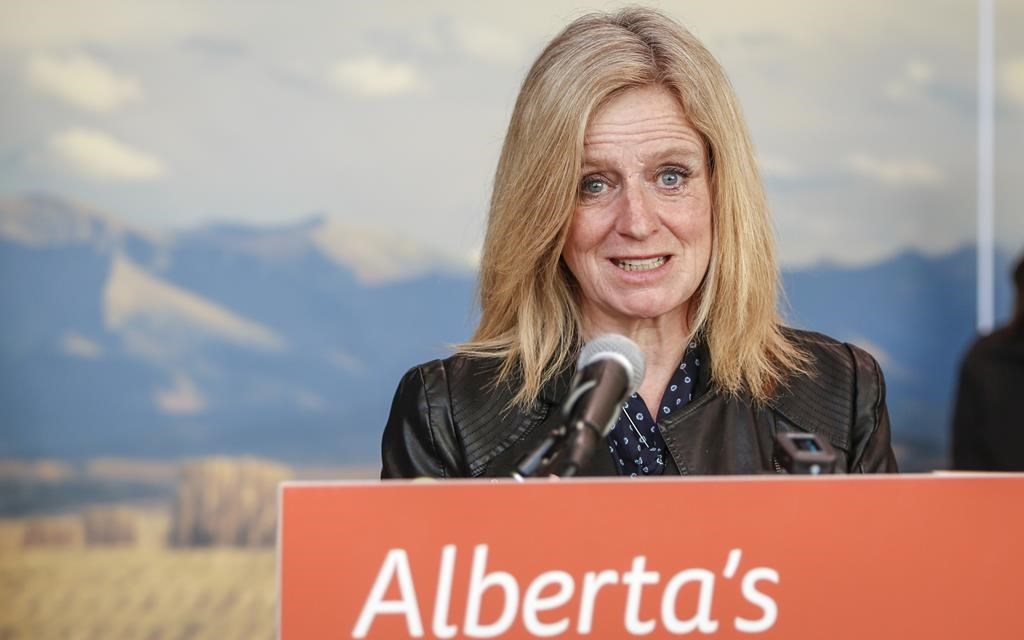 EDMONTON — Alberta Opposition Leader Rachel Notley says if elected in 2023, her NDP will work to make the province a powerhouse in renewable energy.

She says an NDP government will also develop geothermal energy, hydrogen fuel and manufacturing of carbon fibre from bitumen.

Notley made the comments in a speech at the Alberta NDP 2021 convention, held online due to the COVID-19 pandemic.

The party, led by Notley, won the 2015 election but lost to the United Conservatives in 2019, and is looking to win back government two years from now.

Notley says Premier Jason Kenney has failed on all fronts to confront the pandemic by introducing half measures that have failed to keep people safe from COVID-19.

And she says photos this week of Kenney and his inner circle appearing to violate health rules while dining on the patio roof of a building near the legislature grounds show Kenney is in it for himself.

“He’s no leader,” said Notley Sunday in the online speech.

“Those photos (are) showing the premier and his most senior ministers huddled around a table, on top of his private Sky Palace patio, not a care in the world. No masks, no distancing, no rules. Just whiskey, waiters, and white linen tablecloths.

“They reveal the real Jason Kenney: a man who refuses to let his own rules prevent him from living his best life – a life that you and I can’t have yet.”

Kenney has insisted the dinner was within public health rules because it was under the 10-person limit on outdoor social gatherings. But he has not addressed apparent violations of masking and distancing rules.

Two of his United Conservative backbench members and two cabinet ministers have criticized the event for breaking health rules.

Notley: “her NDP will work to

Notley: “her NDP will work to make the province a powerhouse in renewable energy"
What does that even mean?
The great virtue of renewables is that they generate energy locally. Distributed power. Even on your rooftop. Every jurisdiction on the continent will increasingly rely on local power (including "green" hydrogen powered by renewables) with grid interties for stability. Alberta will not be exporting vast volumes of electricity or hydrogen anywhere.

See all you have to do is

See all you have to do is listen to the people and not the oil barons and business's. And if Rachel gets re-elected Alberta will turn up side down!