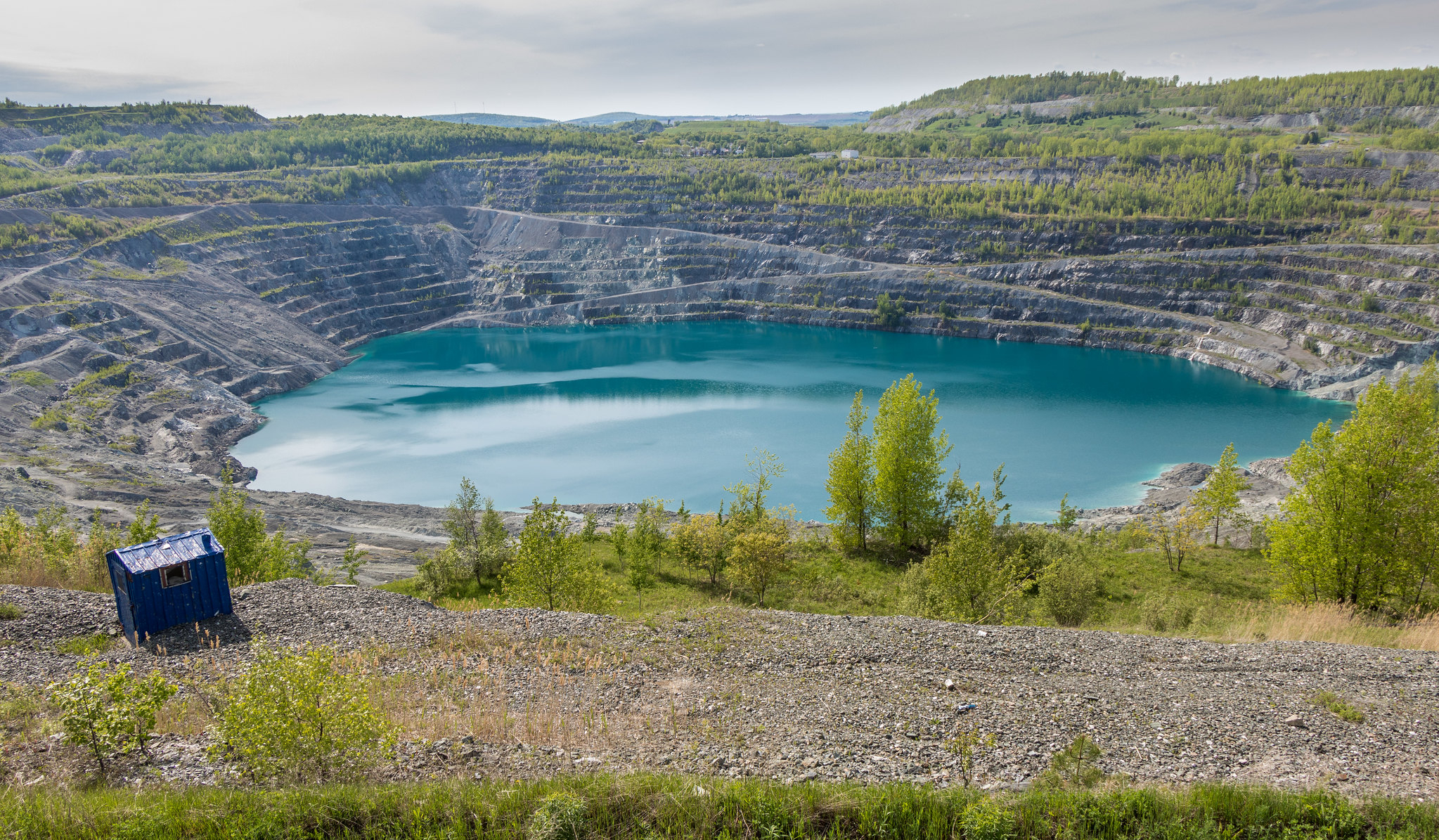 The Jeffrey Mine in Quebec was once the largest chrysotile asbestos mine in the world. Photo by Eric Launier / Flickr
Previous story

Are you infuriated by Justin Trudeau’s climate policies? I sure am. Back in April, he upped Canada’s carbon reduction target from 40 to 45 per cent by 2030, levels that will be even more impossible for his government to hit than the previous 30 per cent reduction he cribbed from Stephen Harper. We just submitted it to the UN because “bold climate action” is necessary. No doubt bold action is necessary — not just bold targets. But the way things look, we won’t do it — as a country, we continue to say the right things while continuing to do wrong.

For example, while saying it’s imperative Canada stop using fossil fuels, our PM is also looking to grow Canada’s carbon-producing industry. Trudeau has famously said: “No country would find 173 billion barrels of crude oil in the ground and leave it there.” Recently, the International Energy Agency, which normally produces outlooks on the pro-fossil fuel side, disagreed with Trudeau, saying: “There is no need for more fossil fuel investment” if we really are headed for net zero in 2050. Yet, despite what the IEA says, our PM promotes further oil and gas development while saying Canada needs to get off the stuff.

How does Trudeau reconcile his stated goal of greatly reducing Canada’s carbon emissions with his other goal of continuing to produce large amounts of fossil fuels? Well, one reason is the vast majority of oil we produce is exported, not consumed at home: 80 per cent of our oil goes to the U.S. That’s correct, oil and gas production is responsible for more than 25 per cent of national carbon emissions, yet most of the product is exported.

For Trudeau and other government leaders, the solution seems easy, then: Reduce using the stuff yourself, but push increased exports. Former prime minister Stephen Harper took a similar tack when explaining why he supported exporting asbestos even after we severely restricted its use in Canada starting in 1981 and were slowly moving towards a ban. His precise words: “This government will not put Canadian industry in a position where it is discriminated against in a market where it is permitted.” Around the time he took that stand, Harper was spending millions removing asbestos from 24 Sussex and Parliament Hill because of the severe health risks. So, this isn’t the first time Canada has continued to export products that have severe consequences for humans while working to eliminate those dangerous products at home.

We can learn a lot from a 2017 article by Kathleen Ruff for the International Journal of Environmental Research and Public Health entitled, “How Canada Changed from Exporting Asbestos to Banning Asbestos: The Challenges That Had to Be Overcome.” She describes the factors that made it difficult to shut down that industry in Canada:

Every single one of these factors is familiar to anyone pushing to wind down the oilsands, stop fracking or kill LNG export development in this country. So what can be learned from the asbestos example?

Ruff says if it was left up to the politicians, we’d still be exporting asbestos, since politicians left to their own instincts go with the vested interests. It required a movement in Quebec to highlight and reduce social complicity. She says it started small with activists, a couple of brave politicians, some concerned scientists and a concerted campaign to address the issue with the public. And it grew from there as the public recognized the inherent immorality of exporting a product that kills while eliminating its use here. Politicians eventually had to line up.

One of the difficulties of trying to stop fossil fuel production in Canada is many groups soft-pedal the real problem — the end use of the product. Instead, they talk about carbon intensity of the oilsands or blocking “tarsands” pipelines as if the production emissions alone are the issue. In the end, most of the carbon associated with oil and natural gas comes from the burning of the final products, not the production of the raw material, which is essentially true for both the oilsands and any crude as well as natural gas.

The industry has jumped on the misrepresentation that production emissions are the problem, with companies like Suncor pledging to be at zero emissions by 2050 in the production of bitumen, a product that is 85 per cent carbon by weight. Even if we could say there was no carbon used to produce bitumen, it would be like boasting we didn’t expose our asbestos miners to the deadly substance as they dug it up to sell to others.

Maybe, just maybe, we can be the country that decides to leave the rest of Trudeau’s 173 billion barrels in the ground because it’s so obviously the right thing to do, writes Ross Belot. #FossilFuels

The far greater problem with fossil fuels arises post-production, when it is burned. The use of the product is destroying the climate for human habitation. So if we believe we should stop using fossil fuels in Canada, we also are morally obligated to stop producing and exporting them for sale abroad. And maybe, just maybe, we can be the country that decides to leave the rest of Trudeau’s 173 billion barrels in the ground because it’s so obviously the right thing to do.

There’s a 46% chance that fish you bought is mislabelled

My bold prediction:
There will be no conversion on the road to Fort Mac.
With such a wide array of forces opposed to real climate action, what hope do we have?

I can list at least a dozen institutional centres of climate obstruction in Canada: industry; government; "progressive" politicians (even worse for climate than "regressives"); finance (banks and insurance companies); corporate Canada; the courts; the RCMP/CSIS; mainstream media; academe; school teachers; too many of our big ENGOs; industry-captured regulators; extractionist think tanks; climate denial outfits (e.g.; Friends of Science); and First Nations promoting or at least on board with fossil fuel development (either willingly or after being bulldozed by govt and industry — for decades).
To that list, one may add inertia, apathy, ignorance, and profound stupidity on the part of citizens and consumers.

In the end, Canada's climate and energy policy will be determined by outside forces. In other nations' capitals. Our major crude oil customer(s). As illustrated, e.g., by Keystone XL.
Climate action abroad will happen only when there is sufficient impetus for change. In the wake of climate calamities (wildfires, heat waves, and drought), particularly in the world's biggest oil market, the U.S.. What else will wake people up?
Only when sufficient political pressure is brought to bear will governments stand up and assert their power from industry. Things must get worse before they get better. Pain is the impetus for change.

There is no hope for decisive climate action from our own crew of anti-science corporate disassemblers. They will only disappoint. Ongoing economic insecurity and immediate concerns (jobs) will continue to stifle climate action and deepen political paralysis.
Only outside action will be truly effective. Change will not come from within. Without a drop in foreign crude oil demand — in the absence of climate action abroad — there will be little change in Canadian policy. As prices and revenues decline, more and more taxpayer dollars will be diverted to keep our leaky oil tanker afloat.