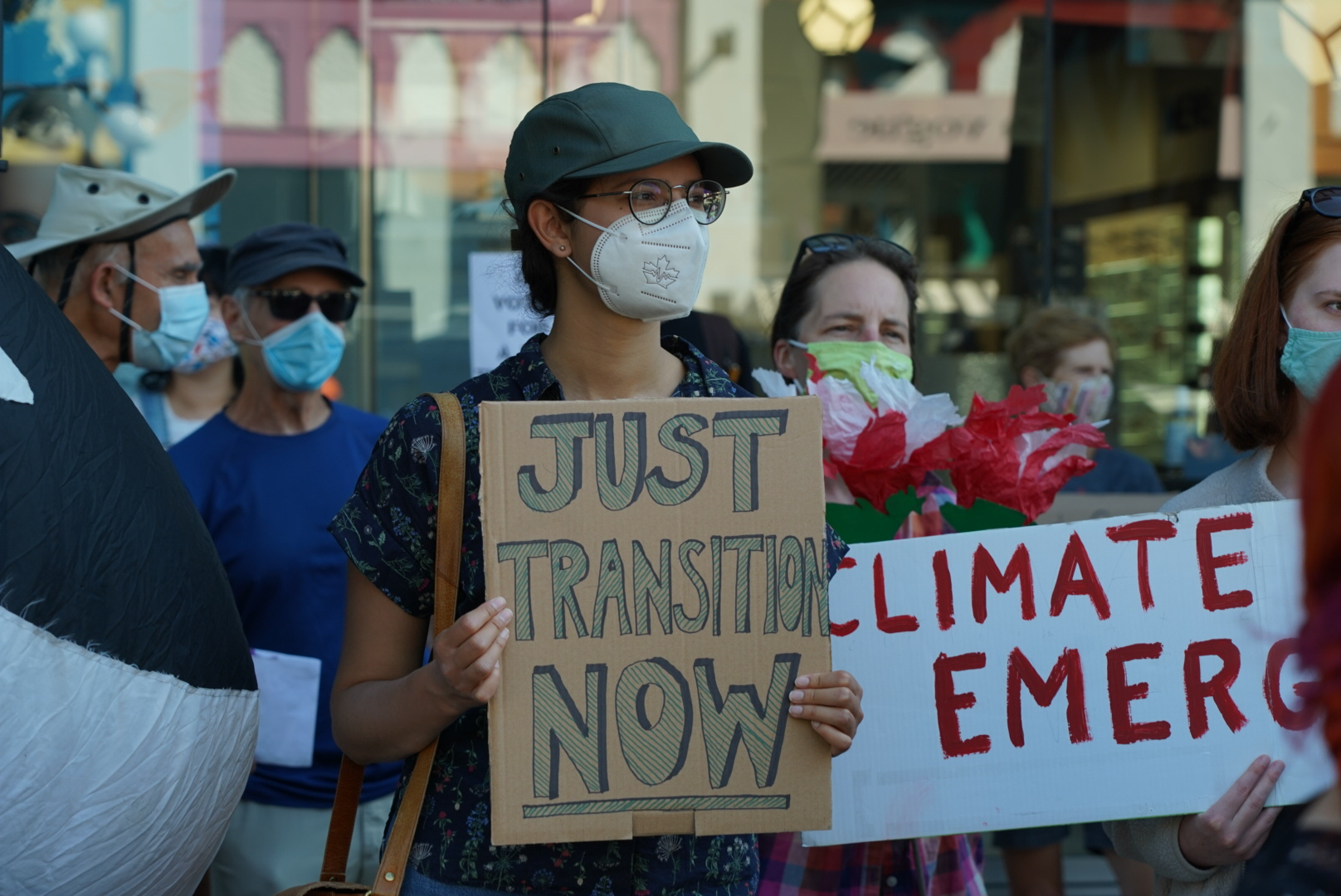 Two days before Canadians across the country will come together in a show of widespread support for just transition legislation, the federal government announced a long-awaited next step to ensure “a just transition through the creation of sustainable jobs.”

On March 10, Natural Resources Minister Jonathan Wilkinson and Labour Minister Seamus O'Regan Jr. formally launched the next round of the government's consultations on proposed legislation to “support the energy sector and ensure a just transition that creates sustainable, middle-class jobs for people and communities in every province and territory.”

This announcement is a really positive sign to Luisa Da Silva, executive director of Iron & Earth, an oilpatch worker-led organization trying to ensure a prosperous transition towards global carbon neutrality by 2050.

She also points out a key phrase in Ottawa’s announcement, which notes: “The government will ensure that legislation is reflective of current realities.”

This tells Da Silva that rather than just reacting, the government is “looking ahead and saying, ‘OK, here's our current situation for the current reality: this is what we have at our disposal, this is what we want to get to, what's that gap that we need to close, and here's how we're going to approach it.’”

Environmental Defence’s climate and energy program manager Aliénor Rougeot cautions that while the announcement focuses on economic diversification and support for transitioning workers, there is no acknowledgment that “municipal governments and communities as a whole will have to deal with the loss of revenue and the change in revenue” as a result, and that these communities need supports of their own.

This Saturday, 47 communities spanning nine provinces are holding local events as part of a national day of action in collaboration with the Council of Canadians and 350.org to highlight Canadians’ widespread support for introducing legislation to ensure no one is left behind as Canada shifts its economy away from fossil fuels.

Chris Gusen, Canada digital organizer for 350.org, told Canada’s National Observer this is a chance for Canadians to put forward “a really broad, sweeping, bold vision for a just transition” that focuses not just on transitioning energy workers but the whole of society. The day of action will “show that the public is ready for the shift,” he said.

This Saturday, 47 communities across the country are participating in a national day of action for a #JustTransitionAct. This a chance to forge a path forward ... The solutions already exist, we just need the political will, says one organizer.

Along with applying pressure to the government, these events “are really about tapping into our collective creativity, leading with hope and imagination,” said Gusen.

Some communities will hold ribbon-cutting ceremonies outside MP offices and government buildings reimagined as “Just Transition Job Centres” and announce imagined projects that would create green, unionized jobs. Saskatoon is hosting a green jobs fair where people can talk about the different kinds of green jobs and careers possible with a just transition.

The day of action is happening under the backdrop of the recent United Nations Intergovernmental Panel on Climate Change (IPCC) warning that “unavoidable” impacts of climate change will plague humans over the next two decades.

“Hopefully, [people] see this day of action as an answer to the fear and the anxiety that comes from these IPCC reports,” said Gusen. “This is a chance to forge a path forward and talk about how exciting it can be if we come together. The solutions already exist, we just need the political will to create meaningful green jobs for anyone who wants them to rapidly slash our emissions, and at the same time, address injustice and inequality in different parts of our society.”

Every community will have different needs, he said. For example, Hamilton, Ont., is home to Canada’s largest steel producer and this weekend, people will discuss how the steel industry fits into a just transition.

He added that these events are key for local organizers to build relationships and learn more tools to take action on their own.

“The overarching theme for this day of action is to show that there's widespread public support for a federal just transition act,” said Gusen. “But it is also about getting communities to realize how much power they have when they act collectively.”

Does the Trans Mountain pipeline still have a reason to exist?