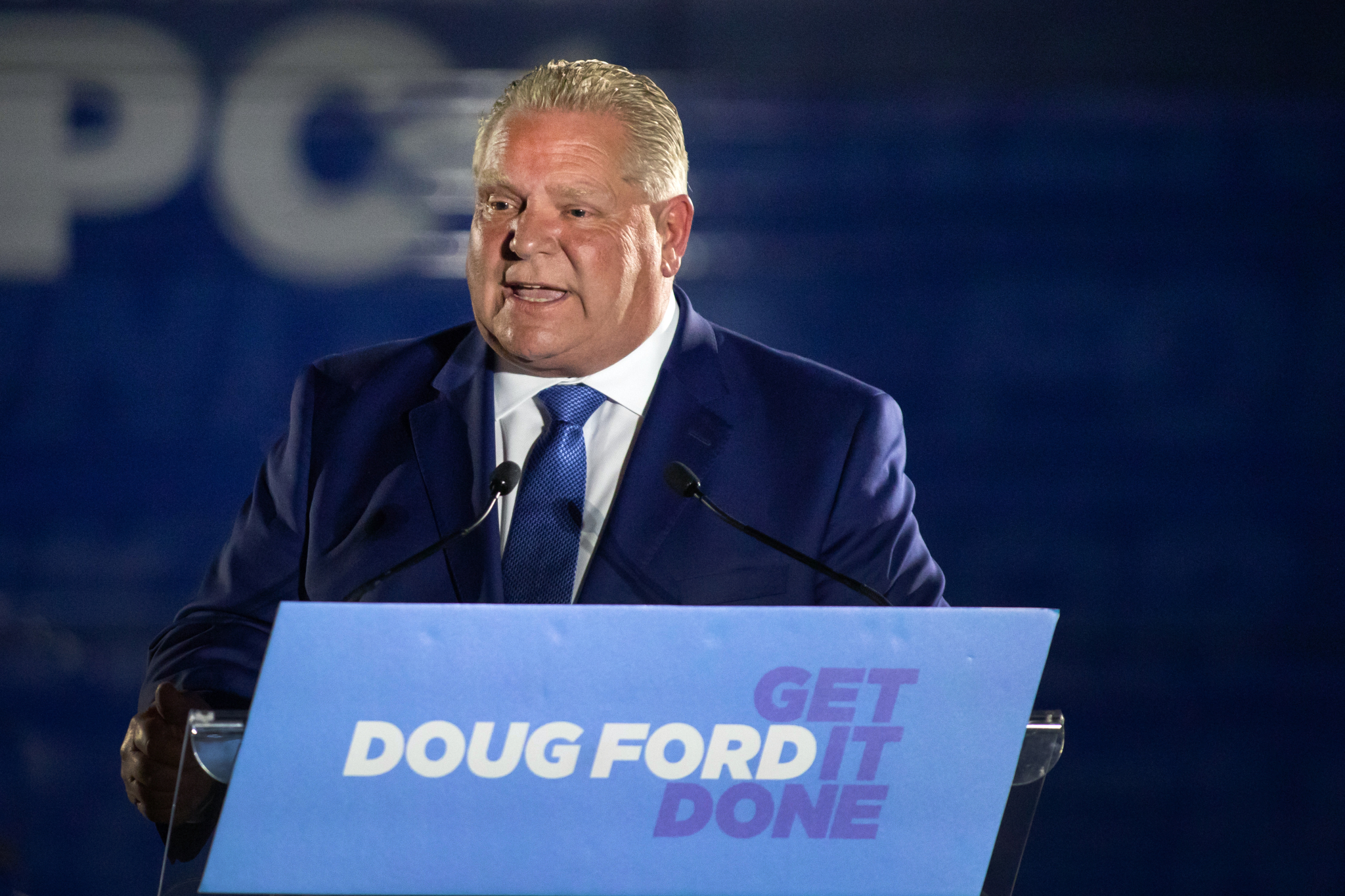 Premier Doug Ford said Monday he wants Ontario's energy grid to be "100 per cent" clean. Emissions are expected to triple in the next eight years as his government phases in more natural gas. Photo by Nick Iwanyshyn / Canada's National Observer
Previous story

Premier Doug Ford said he won’t be satisfied until Ontario’s energy grid is 100 per cent clean during the second and final debate between political party leaders in advance of the province’s June 2 election.

Responding to a question from moderator Steve Paikin about whether he had done enough to address climate change, Ford pointed to Ontario’s 94 per cent clean energy grid — a result of the previous Liberal government phasing out coal-fired power generation — and added “But I’m never happy until we hit 100 per cent.”

That is unlikely: emissions from Ontario’s energy grid are expected to triple by 2030 as natural gas fills the void left by the province’s three aging nuclear reactors set to go offline in the coming years.

Ford, NDP Leader Andrea Horwath (whose party forms the official Opposition), Liberal Steven Del Duca and Mike Schreiner of the Green Party teed off in Toronto, focusing on affordability, education, health care and leadership. Climate change and the environment scarcely arose. Ford is polling ahead of his rivals and, while there are still just over two weeks to go in the campaign, looks set to form another majority government.

Echoing oft-repeated Progressive Conservative campaign slogans, Ford said his government would “say yes” and “get it done” when it comes to building Highway 413 and the Bradford Bypass north of Toronto. The contentious highway projects, which the Progressive Conservatives argue are necessary to relieve congestion, would pave over thousands of acres of farmland, portions of the protected Greenbelt and other ecologically sensitive areas.

In the remainder of his time answering the climate change question, Ford stressed his government’s investments in manufacturing electric vehicles and batteries.

“He wants to build electric vehicles but he doesn’t want the average person to be able to afford them,” said Schreiner, who also pilloried the premier for his focus on “cutting red tape” — another favourite Ford slogan.

Premier Doug Ford said he wants Ontario's energy grid to be "100 per cent" clean in the final leaders' debate before the election. Emissions are expected to triple in the next eight years as his government phases in natural gas plants. #ONelxn

“I’m sorry, protecting people from flooding is not red tape,” said Schreiner, the only party leader to raise the issue of climate change in opening remarks. “Protecting the farmland that feeds us is not red tape.”

The three parties contesting the Progressive Conservatives have released plans to address climate change and environmental issues. The government, meanwhile, in its 2022-23 budget released shortly before the writ dropped to start the official election campaign, did not include a section on environment or climate, the first time it completely left the issue out.

‘We're not going away’: Grassy Narrows wants mercury cleanup from next Ontario government

The 4 leaders threw out many

The 4 leaders threw out many figures, but without anyone checking their "facts", the public is not anymore informed that before the debate. All that we can judge is the speaking ability of the leaders and the depth of their thinking. On those points, Green leader Schreiner came on top