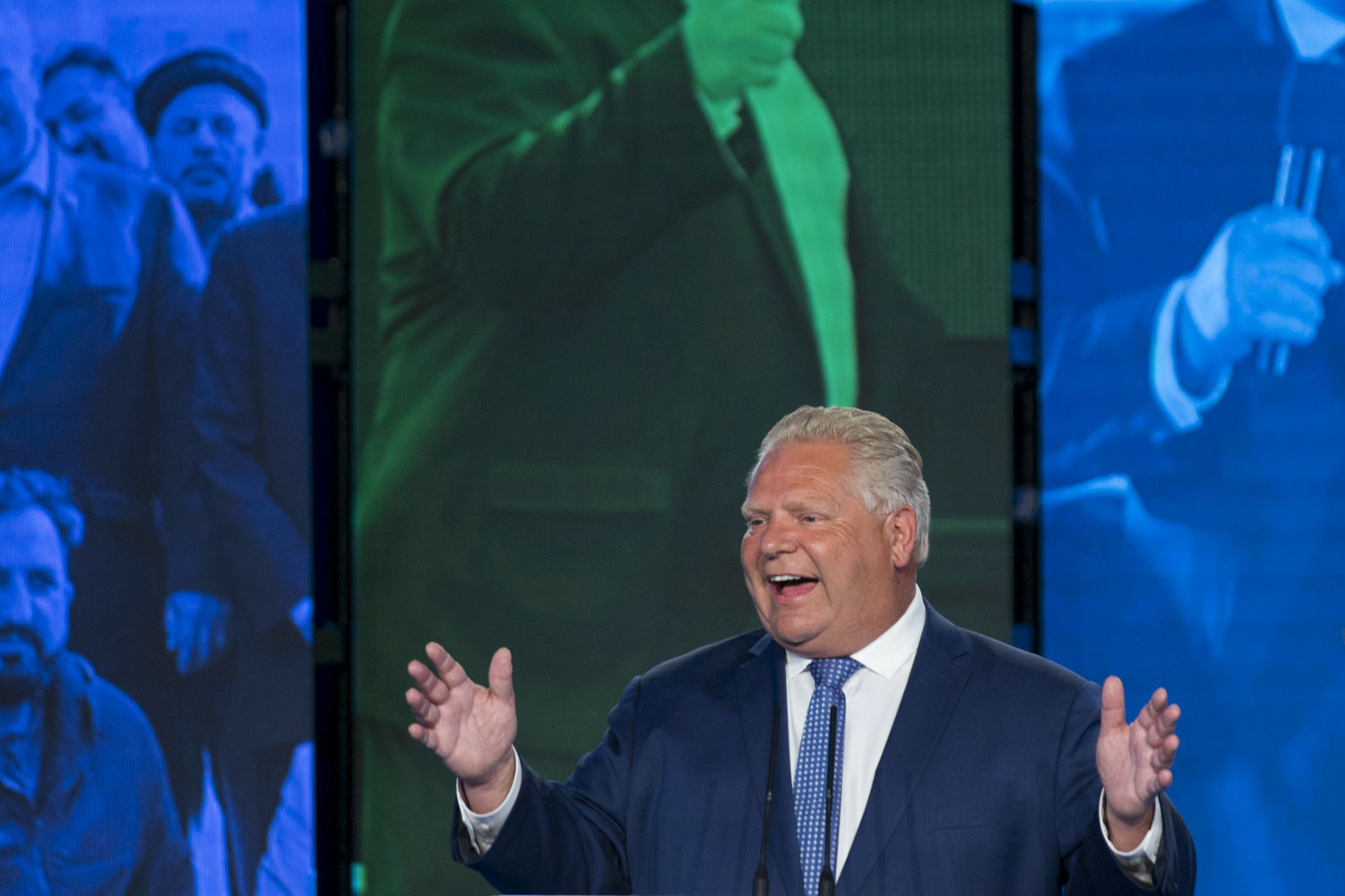 Ontario Premier Doug Ford promised to sink more than $25 billion into building highways over the next 10 years as the Progressive Conservative government tabled its budget Thursday.

That figure includes money for Highway 413 and the Bradford Bypass, contentious projects that would pave over protected Greenbelt lands north of Toronto, but doesn’t break down how much those highways are expected to cost.

The government said the $25 billion would also fund work on widening Highway 401 and a slew of other highway projects in both southern and northern Ontario.

“For too long, the people of Ontario have been stuck in gridlock, with thousands of hours wasted on packed trains or behind the wheel in bumper-to-bumper traffic, costing billions to the province’s economy,” reads the introduction to a section on building highways and infrastructure. “This has to change. This is why the government is building Ontario with more roads and bridges, transit and highways, including Highway 413 and the Bradford Bypass.”

The budget includes estimates that those two highway projects will save commuters about half an hour, though studies by the previous government contradicted those figures, putting the time savings at a minute or two.

All other parties have pledged to cancel Highway 413, with the official Opposition NDP and the Green Party also vowing to scrap the Bradford Bypass. Liberal Leader Steven Del Duca has not committed to cancelling that project, which would cross the ecologically sensitive Holland Marsh to connect highways 400 and 404, but would pause further work until a new environmental assessment was completed. Studies currently used in planning the project haven’t been updated since 1997.

The Ford government promised $61.6 billion over 10 years for transit, including expanding GO Transit rail lines between Oshawa and Bowmanville and increasing service from Toronto’s Union Station to London and the Niagara region. That cash would also pay for already announced expansions to Toronto’s subway and light-rail system.

The 268-page document included additional plans already unveiled in the previous months’ slew of campaign-style announcements across the province: a critical minerals strategy to extract ore from the Ring of Fire region in northern Ontario; massive funding for auto manufacturers to retool facilities to manufacture hybrids and electric vehicles (EVs), along with plants to make batteries for them; investments in EV charging stations; $24 million to build a phosphorous recycling facility in the Holland Marsh; and a gas tax reduction that would only kick in after the election.

Some of the promises are a redux of the Progressive Conservative campaign in 2018, when the party took a majority of seats in a landslide and left the erstwhile Liberals, after 15 years in power, without official party status and only seven seats at Queen’s Park.

Ontario Premier Doug Ford promised to sink more than $25 billion into building highways over the next 10 years as the Progressive Conservative government tabled its budget Thursday. #OntarioBudget

For example, Ford promised in 2018 to cut gas prices by 10 cents a litre by lowering provincial gas taxes and ending Ontario’s cap-and-trade system. But Ford didn’t cut gas taxes and when he ended cap-and-trade, the federal carbon tax took effect, nullifying any savings for Ontarians. The government also spent $30 million fighting the federal carbon tax, a battle it lost.

The 2022 budget, however, still boasts that between scrapping cap-and-trade and cutting gas taxes, the government is “providing a total of 10 cents per litre in relief from provincial charges and taxes at the pumps for Ontario drivers and Ontario families.”

The gas tax cut would cost the province more than $600 million.

While the government is banking heavily on economic growth stemming from mining critical minerals in the Ring of Fire for use in boosted electric vehicle manufacturing, its latest budget doesn’t include any incentives to increase uptake of EVs among Ontario drivers, who lag far behind other provinces.

The budget is slim on plans or funds for the environment and climate change. Finance Minister Peter Bethlenfalvy pointed to previously announced investments in critical minerals, EVs and funding for Hamilton-based steelmaker ArcelorMittal Dofasco to transition from coal-fired furnaces to electric as a means of creating “clean, green” jobs.

“That is our green plan,” said Bethlenfalvy. He also noted Ontario’s move toward using small nuclear reactors for electricity production and touted the province’s clean electricity grid, with 94 per cent zero-emission energy generation. That is largely due to the previous Liberal government phasing out coal-fired power generation.

“It’s really clear that Doug Ford started a war on the environment when he first got elected and it hasn’t changed,” said Horwath. “Everybody knows that the climate crisis, the climate emergency, continues to worsen and we need to get serious.”

Del Duca said he wasn’t surprised at the silence on the environment. “We have seen literally for four years how at every turn Doug Ford has dragged us backward in this province with respect to the environment,” said Del Duca.

“The Ford government is going to ramp up climate pollution and they’re going to pave over the farmland that feeds us and the nature that protects us from climate-fuelled weather events, and they’re going to completely undermine the integrity of the Greenbelt by ramming two 400-series highways through it,” said Schreiner.

The budget promises to create a new provincial park but doesn’t include details on how much that will cost, nor has the park’s location been decided.

In 2018, Ford campaigned hard on the idea of cutting red tape and reducing government spending. Earlier this month, Ontario’s financial watchdog projected the province could clamber out of deficit by the 2023-24 fiscal year, despite economic losses from the COVID-19 pandemic, under current policies. The present budget, however, doesn’t show Ontario climbing out of the red until 2027-28.

“We had an environment where things weren’t being built,” said Bethlenfalvy in response to a question about failing to rein in the deficit. “Doug Ford, from Day 1, has been building highways, building infrastructure, building hospitals.”

Given its late delivery, this year’s budget won’t see the legislature before the June 2 election. Bethlenfalvy would not clearly commit to tabling the same budget released Thursday if the Progressive Conservatives are re-elected, insisting the government would listen to voters during the campaign.

Horwath questioned whether the budget is a “bait-and-switch” that the Progressive Conservatives would backtrack on if re-elected. “What is he hiding?”

Ford’s communications director later tweeted that the government would reintroduce the budget if re-elected, “Full stop.”