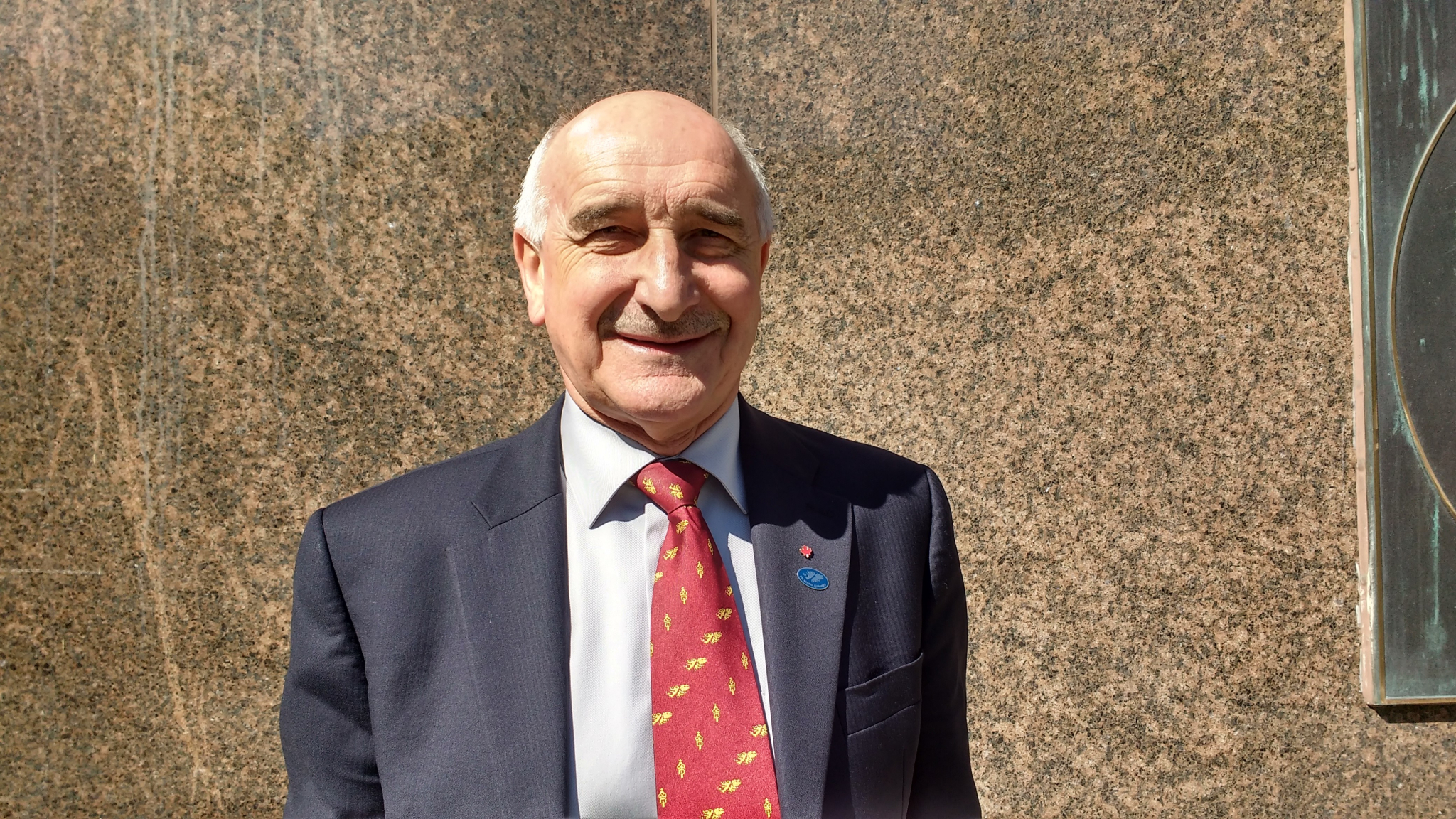 Falkland Islands MLA Mike Summers is concerned that climate change could disrupt his country's economy, dependent on agriculture and wildlife tourism. He is shown here in Ottawa on June 7, 2017. Photo by Carl Meyer
Previous story
Next story

The melting of ice in Antarctica due to a warming climate threatens to upend the economic livelihoods of Falkland Islands residents, says its representative to Canada.

Mike Summers, a member of the Falklands legislative assembly, said the economy of the remote South Atlantic archipelago is based on fishing, agriculture and wildlife tourism. Climate change could impact all three as changes in temperature alter weather patterns and threaten fish and other food sources.

“If warming continues, and if the ice shelves in the Antarctic continue to melt at the rate that they are, the outflow of cold water from the south to the north will make the ocean regions around the Falklands probably colder,” he told National Observer, in an interview June 7 at the British High Commission in Ottawa.

The Falkland Islands is officially a British Overseas Territory, and the United Kingdom handles its defence and foreign affairs while it self-governs domestically. Summers, who is responsible for outreach to Canada, was in Ottawa this week to meet with Liberal and Conservative members of Parliament and other government officials.

What will happen to wildlife tourism?

Scientists say the polar ice caps act like air conditioners for the planet — a system threatened by increasing temperatures.

Last year was officially the hottest year in recorded history, and sea ice in Antarctica hit its lowest level in satellite records this year. A 2016 report said a large ice sheet there could disintegrate earlier than expected, leading to sea-level rise.

Almost 90 per cent of the planet’s fresh water is in Antarctica and research shows melting ice caps will lead to flooding of coastal areas around the world.

The Falklands is already experiencing the effects of climate change on its agriculture, said Summers.

“It’s getting drier...temperatures are not rising particularly, but they’re unstable. Wind patterns are unstable," he said. “Farmers have to adapt and change the way they do things."

Tourists also flock to the area to see its millions of penguins, as well as other wildlife like black-browed albatross, sea lions, elephant seals, whales and dolphins.

“If what they live on in the sea is not there, then they won’t be there,” said Summers.

The Falklands, which he said is economically self-sufficient, is exploring new business opportunities including offshore oil and gas. He acknowledged that fossil fuel development might strike some as "actually contributing to the problem rather than detracting from it."

“What we have to weigh up, is whether we can manage our hydrocarbon regime in a sustainable way, and keep all the areas around the Falklands pristine for future generations.”

​Wishes of Falklands “must be respected”

The primary topic of conversation Summers is having with Canadian officials is the self-determination of the Falklands and its sovereignty dispute with Argentina. The U.K. and Argentina fought a war over the islands in 1982.

Part of managing this sovereignty dispute is to “make sure we’ve got friends in different places,” said Summers.

“Canada has been a friend of the Falklands for many, many years," he explained. "Canada has always been happy to defend the right of self-determination for people.

“Canada has always historically been happy to support that position. I understand that the new government is reflecting on that, and whether that puts it in a more difficult position in terms of its relationships with Latin America.”

In response to questions about Canada's stance of Falkland sovereignty, Canada’s foreign affairs department said Ottawa supports the wishes of Falklands inhabitants, who voted overwhelmingly in 2013 to stay in British territory.

“In accordance with the democratic values the two countries share, Canada believes the wishes of the inhabitants of the Falkland Islands must be respected,” wrote Global Affairs Canada spokeswoman Brittany Venhola-Fletcher.

Summers also said the island was dealing with the fallout from Brexit, as he said all British Overseas Territories were.

“We’re all kind of uncertain as to where this is going to go,” said Summers. “For us, the access to the European market for our fish products, for our meat and for our wool, is crucial. It is absolutely critical to the economy that we have access, particularly for the fish products.”

As a member of the Falkland

As a member of the Falkland Islands legislative assembly, Mike Summers claims to be worried about the future of his territory on a warming planet, but then discloses that the Falklands are exploring "business opportunities" in offshore oil and gas! Doesn't any elected official in any government have any common sense? Then Summers wonders whether "we can manage our hydrocarbon regime in a sustainable way." No, you can't, Mike, and yes, you are contributing to the problem of global warming.