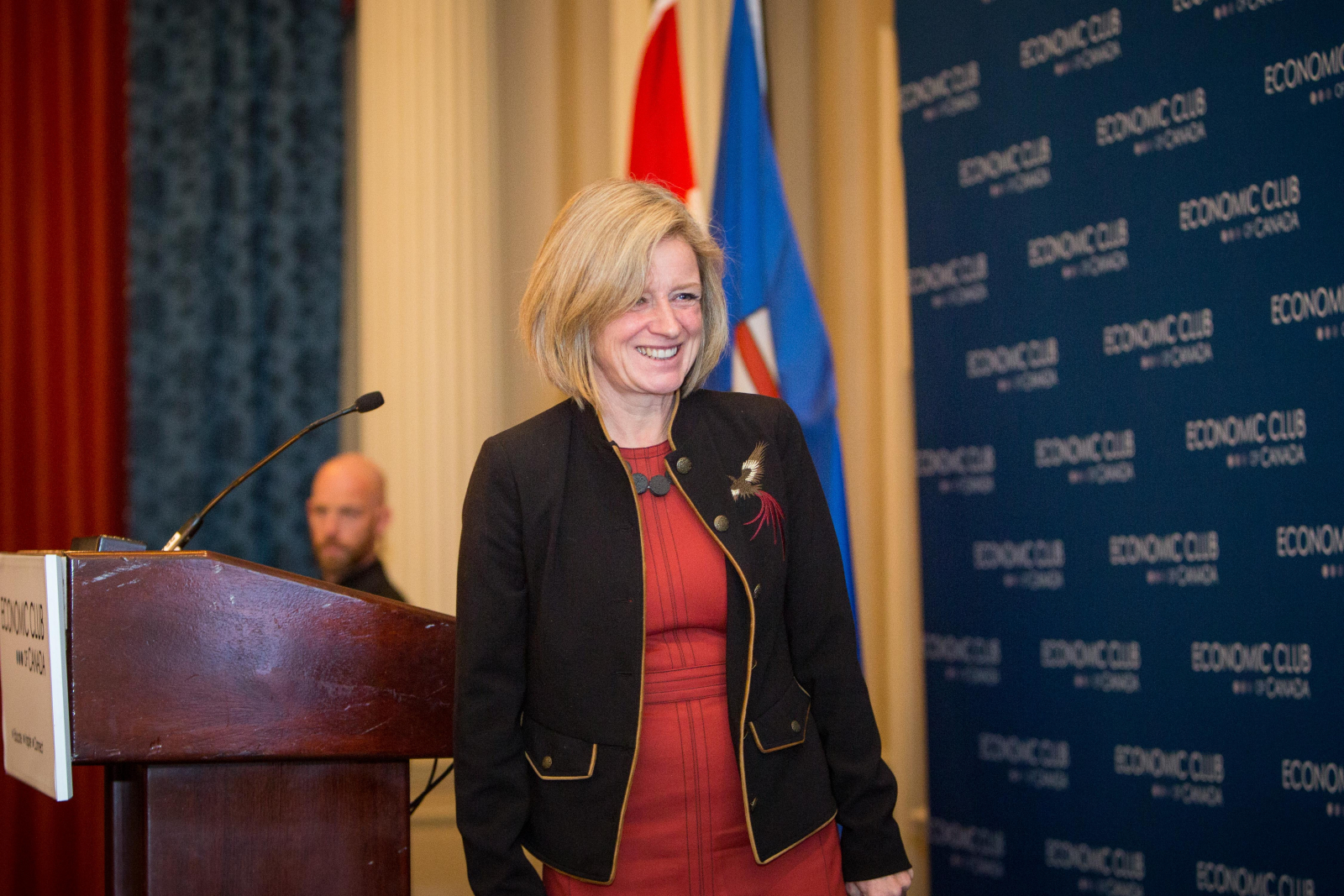 The Canadian province with the largest proven oil reserves has now become home to the country’s cheapest wind energy.

Alberta’s new green energy program has secured the lowest renewable electricity pricing in Canada, its provincial government declared Wednesday, in addition to bringing in roughly $1 billion of private-sector investment and adding around 600 megawatts (MW) of wind power to the grid.

The room inside Calgary's McDougall Centre broke out in applause when Alberta Premier Rachel Notley unveiled the results of the first round of her government’s Renewable Electricity Program on Dec. 13.

The province has now locked down a 20-year average price of 3.7 cents per kilowatt-hour — less than half of Ontario’s 2016 procurement that resulted in an average of 8.5 cents.

“It’s a new record for renewable energy pricing in Canada — the lowest price Canadians have ever seen, right here in Alberta,” a triumphant Notley told the crowd.

“Alberta isn’t only a leader in the [fossil fuel] energy that we are going to get to tidewater. We are also a leader in renewable energy, and we are going to show our fellow Canadians, and the world, that economic growth and environmental responsibility can, and must, and will go hand-in-hand.”

The Renewable Electricity Program holds competitions to bring in the best green energy generation bids. The first round whittled down the results from 29 different renewable projects that had advanced to the bidding stage, said Notley.

The winners are: Edmonton-based Capital Power, for a 201-MW project southwest of Medicine Hat; EDP Renewables Canada, a subsidiary of a Madrid-based energy firm, for a 248-MW project northeast of Calgary; and Enel Green Power Canada, a division of a Rome-based utility firm, for 115-MW and 31-MW projects west of Lethbridge.

The contribution of these projects, she added, will boost Alberta’s wind generation capacity by 40 per cent and boost its renewables by 20 per cent.

Notley said the government had prepared for the costs to come in at around 8 cents per kilowatt-hour and had expected 400 MW of generation. “But because the auction was so competitive, and because interest in Alberta was so high, we were able to get 600 MW,” she said.

RACHEL NOTLEY -- “Alberta isn’t only a leader in the [fossil fuel] energy that we are going to get to tidewater. We are also a leader in renewable energy, and we are going to show our fellow Canadians, and the world, that economic growth and environmental responsibility can, and must, and will go hand-in-hand.”

Is that jelly in her head or is it brain tissue? If those two hands clap together, as hands are wont to do, we end up going backwards on both files, economic and environmental. There are at least 3 times as many jobs to be had with every dollar invested in renewables rather than in fossil fuels. And we can't continue to make-believe that even a net-zero scenario of emissions gains -- which we are many miles from -- would be acceptable climate-wise, Paris-wise.

Now, wouldn't it be nice if

Now, wouldn't it be nice if Canada built wind turbines for the rest of the world instead of buying them. Employees pay taxes don't they.

Check it out at:
https://goo.gl/AFJFMa