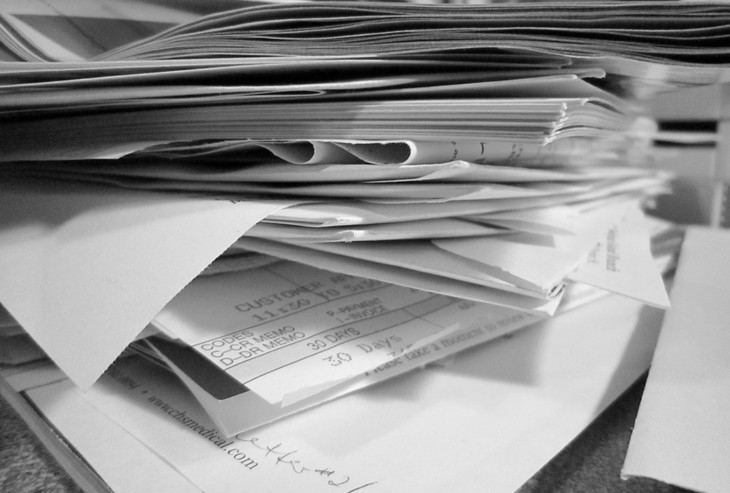 Mike De Souza's desk is stacked with documents filled with emails on secret backroom meetings, data on dangerous projects and faulty oversight. He works as hard as any reporter I’ve known, but he cannot get to all these stories on his own. As Managing Editor, he needs the resources to hire more reporters. I’m hoping you will subscribe today, because if 1,000 people subscribe by year's end, Mike can hire more reporters to dig into this Very Serious Stuff, stuff you need to know about ASAP, just sitting there on his desk.

You’ve probably heard that the largest pipeline proposal in Canadian history is in complete disarray. The regulator suspended hearings on the Energy East pipeline after Mike unearthed the Charest Affair. That's thanks to those of you who have already subscribed.

Mike's investigation of the Charest affair started with a random tip he received in Calgary eight months ago.

Someone told him to dig, but even Mike didn't know, at that time, what he would find. He soon realized that there were some significant secrets that the public needed to know. So he asked plenty of questions, he met with a lot of sources and then started digging for the paper trail.

When you subscribe, this is what you trigger – dogged investigative journalism. Exposing scandals takes weeks, sometimes months of patient digging.

You know as well as I do that as old media disintegrates, real journalism musn’t.

Canadians need information about conflicts of interest between Harper’s appointees and big oil’s lobbyists. And if you're like me, you need a lot of inspiration, too: exciting solutions and stories that document progress in communities. Not just Trump Trump Trump Trump Trump Trump Trump... (So depressing, and not even our problem. Well, not yet.)

Alone, Mike and I can only do so much.

But with your help, I believe you can learn the truth hidden in all those secret documents piling up on Mike's desk.

So, please subscribe. And if you would like to, write me with your thoughts or reservations about subscribing to National Observer. I'd love to hear it all. And if you provide me with your phone number, I'll try to find time to give you a call.

P.S. Thanks to our ongoing investigative reporting, the entire panel reviewing Energy East has just recused itself.

I'm delighted to be a

I'm delighted to be a subscriber and read Magnificent-Mike's Meritorious-Sharings.

Extraordinary job Mike.
With any luck, you've sunk the NEB with likely only the tip of the iceberg!

Imagine their sense of entitlement, feeling they didn't do anything wrong, but recused themselves to preserve the integrity of the NEB. They are truly delusional.

We all want more. Keep up the good work.