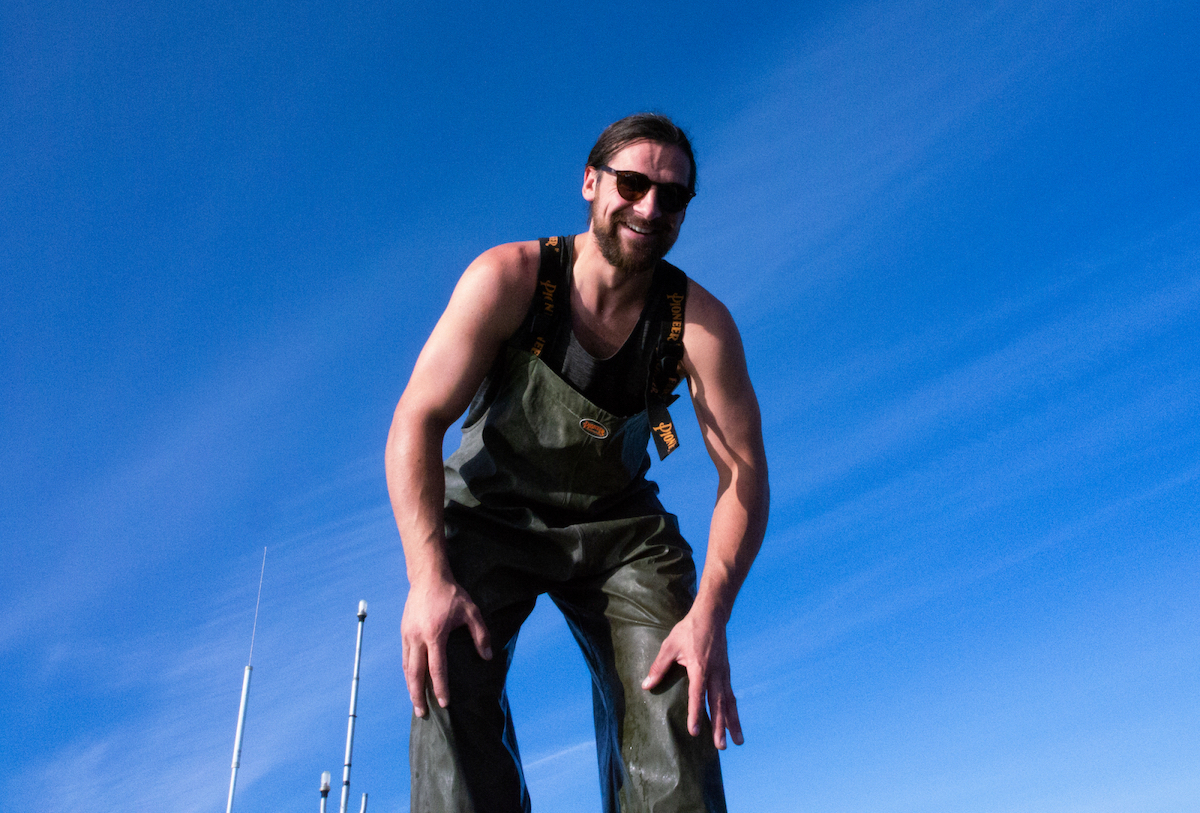 Fraser Macdonald, a Vancouver-based prawn, tuna and halibut harvester, says it's important for the people on the water to have their voices heard, not just the people who own fishing licences and quota. Photo by Marc Fawcett-Atkinson
Previous story
Next story

When Nathan Bennett looks at B.C.’s fisheries, he sees problems — and not only those associated with low stocks. He also worries about the people who catch the fish.

“There have definitely been some challenges related to the resource itself,” explained the B.C.-based independent fisheries researcher and consultant. More than 80 species of fish and shellfish are harvested in the province. While some are struggling, such as wild salmon, others, such as halibut and hake, are doing relatively well.

That's one of the key findings of a study released this month by researchers at the University of British Columbia, in collaboration with two community development organizations and the Nuu-chah-nulth Fisheries Program.

Co-authored by Bennett, the project surveyed independent, small-scale fish harvesters across the province to look at the barriers between them and the fish. Often, low stocks are not the biggest impediment, Bennett said, but the exorbitant price tag for the licences and quota harvesters must have before they can head out to sea.

“No matter what status the stock is at, the question remains as to who the remaining fish should go to. Should they go to Indigenous fishers first, based on their (Aboriginal) rights? Should local independent fish harvesters get the next kick at the can, because they are adjacent to the resource? Or should any individual or corporation with money be able to buy up the available licence and quota?” he said.

Licences and quota are regulatory tools used by Fisheries and Oceans Canada to manage the fisheries. Licences give fish harvesters access to a specific fishery, while quota determines how many fish from that fishery the harvester can catch. For instance, a halibut harvester needs a halibut licence to enter the industry. But each year, before heading out to the fishing grounds, they also must purchase a quota before they can actually catch fish.

In most fisheries, both can be owned by anyone — not necessarily the person actually catching the fish — and their price is speculative. In other words, their cost is determined by how much people are willing to pay for licences and quota, not the market value of the fish. It's a situation where, for the most valuable fisheries such as halibut or prawn, licences and quota can be worth up to several million dollars.

Because those prices are far too high for most harvesters, especially young people entering the industry, they're often purchased by corporations or investors.

These owners will then lease them out to the people actually catching the fish under several kinds of contracts. In most cases, the harvester needs to sell the fish to a predetermined buyer (often the same person who owns the licence and quota), even if they are an independent skipper.

"The story of fisheries management is often a story of managing the fish. But what is often neglected is that fisheries consist of both fish and people," @NathanJBennett says.

That system has been widely credited with making many of B.C.'s fisheries more sustainable — but it has come at a price.

“This is an area where corporations and wealthy individuals, both from within Canada and from outside Canada, are investing in Canadian (licences and quota) and driving the price up and people can't get into the industry,” Bennett said.

Farmers in the province's Lower Mainland face a similar situation. Skyrocketing land prices in the region, combined with tight profit margins, make it almost impossible for many to afford farmland.

“(That means) concentration is also happening, more and more of those licences and quotas are going away from the communities of fish harvesters and into the hands of relatively few.”

It's one of the few common trends seen across B.C.'s fisheries.

For instance, a 2019 report by the Standing Committee on Fisheries and Oceans notes “of the 345 licence and quota holders in the groundfish trawl, halibut and sablefish fisheries, the top 26 ... hold 50 per cent of the quota value, and the top four, or 1.2 per cent, hold 50 per cent of all the quota pounds.”

And for the salmon fishery — which is managed quite differently — a draft socio-economic assessment completed by Fisheries and Oceans Canada (DFO) this year notes that a suite of policies introduced in the 1990s that were designed to shrink the salmon fleet have also led to consolidation in the industry.

However, the impact these changes have had on fish harvesters — particularly small-scale harvesters, who are the maritime equivalent to family farmers — and the communities where they live isn't well understood. It's a gap Bennett said the report will help fill.

Conducted over the summer of 2019, project researchers interviewed 118 fish harvesters from several communities and First Nations in coastal B.C. about their well-being, their perspectives on the health of B.C.'s fish stocks and the factors they saw making it hard for them to access the fish.

Overall, Bennett said that the people who took the survey knew how to fish and felt that their livelihood embedded them within their community. However, they struggled to afford licences and quota and felt like their voices were not being heard by DFO.

Many were also concerned about the security of their rights to access the fish — a broad category that can include anything from local ownership of licences and quota to Aboriginal fishing rights, which are constitutionally protected but remain limited by DFO.

For Fraser Macdonald, a Vancouver-based prawn, tuna and halibut harvester, the results indicate that some changes to the province's management regimes are necessary.

He said that's particularly important for co-operative fisheries' management boards, a system used in many fisheries across the province. Many only grant membership to licence and quota owners — not to the people out on the water — though he said that is starting to change.

“That's a growing part of our industry, people leasing quota and that don't own (it),” he said. Ensuring their voices are heard could help ensure that they aren't getting priced out of the industry by investors and corporations.

Still, Bennett said a different approach is needed to manage the province's fisheries more equitably. And it needs to look at more than just the fish.

“The story of fisheries management is often a story of managing the fish. But what is often neglected is that fisheries consist of both fish and people,” he said.

"1.2 per cent, hold 50 per cent of all the quota pounds.”. This is what market capitalism does to wealth distribution. It should come as no surprise to anyone who reads the news (The 1% Movement; Picketty; rising inequality, etc.). Adding in the concerns of consumers, marketing boards are apparently not the solution either. Maybe coops and owner-owned businesses might be the way to go if DFO/Feds would facilitate re-distribution of the quotas as well as facilitating equity accumulation by the actual fishers.