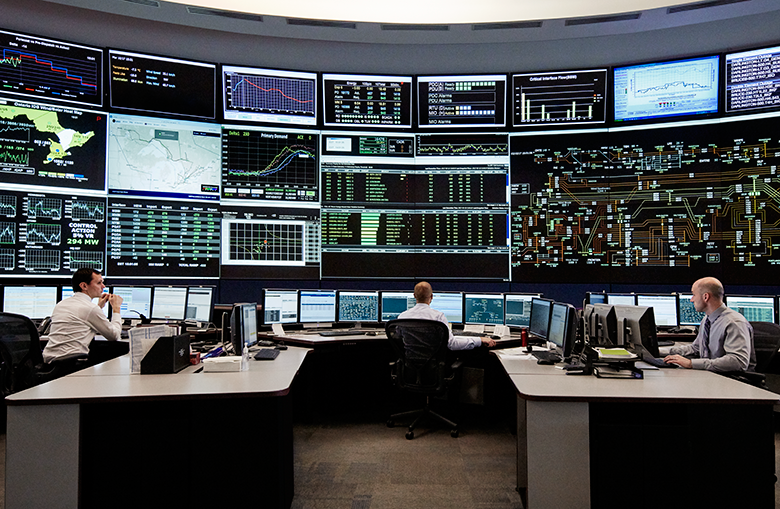 The Canadian electricity sector’s ability to withstand extreme weather events fuelled by climate change is a “work in progress,” says the head of the industry group representing power generation and transmission companies.

At the same time, independent electricity system operators in Alberta and Ontario say they have taken steps to design their networks for extreme weather, account for it in their forecasts and hold regular meetings to prepare for winter and summer operations.

The climate resiliency of electricity grids across North America is coming under closer examination following a winter storm in the United States that has killed 47 people and has left millions of others in the freezing cold.

While Canada’s electrical grids don’t face nearly the same set of problems faced by Texas — for one, Canadian natural gas plants and wind turbines are built to withstand cold temperatures — experts in climate adaptation say transmission and distribution lines in the Great White North are still at risk.

They are warning that the electricity sector and other key infrastructure operators should be going through a self-examination process to determine vulnerabilities to climate change and extreme weather — and, in cases where they find themselves deficient, building to a higher standard than before.

“I would certainly give it more than a passing grade. But to be able to make an assessment of how prepared we are for extreme weather due to climate change, it’s something that’s going to be constantly moving and constantly evolving,” said Bradley.

“Every year we see something new, something different, something unexpected from a weather standpoint. I think we have been doing, frankly, a very good job in terms of our preparedness up until now, but this is not a destination, this is a journey.”

Potential threats to Canadian grids include fire along transmission corridors, which can result in arcing if vegetation is not cleared, as well as wind storms that can bring down structures or blow tree branches onto lines, and heavy ice that can sit on the lines. In the North, thawing permafrost is also an issue.

Bradley said threats vary by jurisdiction. “We’re very concerned about wildfires in northern Alberta, in Quebec and parts of Ontario,” he said, while on the East Coast, there is more of a concern around ice storms and ice buildup.

The climate resiliency of electricity grids across North America is under close examination following a winter storm in the United States that has killed dozens and left millions of others in the freezing cold.

“It comes down to a couple of things — understanding what your threat environment is, and that’s by essentially looking at absolute worst-case scenarios, and then number two, learning from events that have occurred, both in your jurisdictions and in other jurisdictions,” said Bradley.

The Alberta Electric System Operator (AESO), which manages the flow of electricity across the province, balancing supply and demand, said the system is “designed for weather extremes — be that -50 C temperatures in the winter, or 35 C summers,” said spokesperson Mike Deising.

“In Alberta, every year we see significant cold weather events, and our transmission and generation facilities are designed for these,” Deising said. “For example, Alberta saw sustained -30 C temperatures last week — a new all-time record for electricity demand — and we had no issues maintaining reliability.”

Deising said the AESO does have engineering standards to deal with freezing and thawing, icing on lines and wind. As part of its duties, he said it schedules maintenance outages during the off-season to ensure power generation is available for peaks in the summer and winter.

Andrew Dow, spokesperson for Ontario’s Independent Electricity System Operator (IESO), which similarly balances supply and demand and directs the electricity flow across the province, said the provincial system is “well-equipped to deal with winter conditions.”

“We have robust supply and always maintain a certain amount of operating reserve to help deal with unexpected situations,” said Dow.

“Extreme weather is accounted for in our forecasts. The IESO takes steps to ensure there is enough supply available to meet demand if extreme weather materializes, such as by deferring planned maintenance at generating facilities.”

Ontario also examines the readiness of generator units, running them if they have been idle for a period of time, said Dow, and as part of its long-term planning process is looking at “integrating new technologies, like energy storage.”

Both Deising and Dow said the operators hold meetings to prepare for weather events or seasonal operations.

In the Montérégie area of

In the Montérégie area of Québec, we had an extreme ice storm in January 1998. We had solid 4 inches of ice all over the place; my fields were a 50 acre skating rink! The steel towers of a heavy duty transmission line fell to the ground a mere 6 km from my home.

I was one of the lucky ones; the power outage in my home lasted « only » 19 days; some people were off the grid for 34 days during the middle of the winter. That 19 day outage drove home the point that you have to be prepared to live without power for an extended period of time.