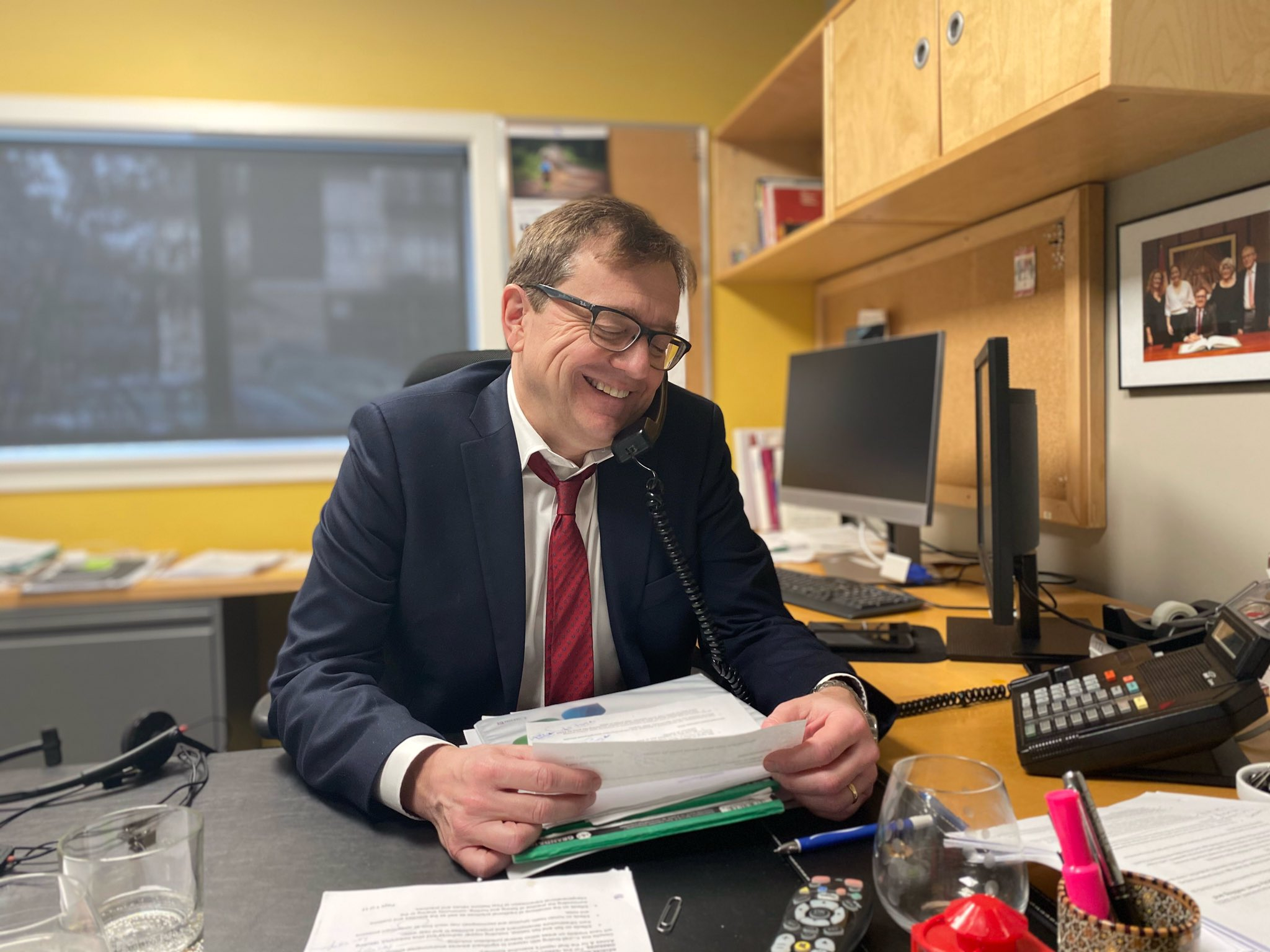 The federal environment minister has named a group of outside experts who will advise him on the best way Canada can get its carbon pollution to net zero by 2050.

Each is expected to be in their position for at least a year and up to three years, with the potential for renewal. They will be able to draw upon the resources of Environment and Climate Change Canada and other government departments to conduct emissions modelling or other analysis, and can be briefed by public servants on federal programs.

“I’m really eager to be a part of a bunch of folks who are going to be really thinking about how Canada transitions to clean, renewable energy, while building the climate-safe economy we need,” said Climate Action Network Canada (CAN-Rac) executive director Catherine Abreu, a member of the advisory body, in an interview.

“As a Maritimer who grew up in Toronto, I have first-hand experience with what happens when governments and communities fail to plan for the future. I don’t want other communities in Canada to have to experience what my family experienced, and leave their homes to find work because a natural resource industry could no longer provide what it was once providing.”

The advisory body is one of the new accountability measures contained in the federal government's legislation, Bill C-12, the Canadian Net-Zero Emissions Accountability Act. The bill would require Wilkinson to set carbon pollution targets starting in 2030 and draw up plans for hitting those targets. It was introduced in November and is currently at second reading in the House of Commons.

Canada’s current carbon pollution target, known as the nationally determined contribution (NDC), is 30 per cent below 2005 levels by 2030, and was originally set in 2015. The White House said Tuesday that Prime Minister Justin Trudeau was aiming to announce an "enhanced 2030 emissions target" for its NDC by the U.S.-hosted Leaders’ Climate Summit on April 22.

Abreu is also on the advisory council of the independent, publicly funded Canadian Institute for Climate Choices, which recently published a report reviewing over 60 scenarios where Canada reaches net zero by 2050.

Part of its initial mandate will be to “provide advice on actions Canada can take now to ensure a strong economic recovery,” while also “laying the foundation” for net-zero.

The institute's report weighs in on the government's legislation, saying it includes "many core elements of a strong accountability framework" but that it "could go further...to increase accountability, provide greater certainty, and engage other orders of government in meeting national climate targets."

Amara Possian, Canada campaigns director with advocacy group 350.org, said Thursday that the legislation “still needs a lot of work" including more ambitious targets that start earlier in 2025, and climb to negative emissions by 2050, and stronger language around the role of Indigenous Peoples and support for oil and gas workers to transition away from the industry.

The advisory body will report to the minister, and may present its recommendations to Trudeau and his cabinet if requested. Members are also expected to produce an annual public report and to seek input from Indigenous governments, organizations and other groups.

Members are expected to provide advice on “the most likely pathways for Canada” to achieve net-zero emissions in 2050, and on the emissions reductions “milestones” leading up to that date.

Part of their “initial mandate," according to the terms of reference, will also be to “provide advice on actions Canada can take now to ensure a strong economic recovery,” while also “laying the foundation” for net-zero.

Abreu said she was confident she would be able to maintain her independence as an expert on Canadian climate policy, and that CAN-Rac would as well and could continue the work that it does.

Members must disclose potential conflicts of interest and “embrace full transparency” by declaring interests related to items under discussion, and recuse themselves when there is “a real or perceived conflict.”

We have a once-in-a-generation chance to actively plan & build the equitable, climate-safe Canada we know we need - our communities' health and prosperity, and our collective future, depend on it.

I look forward to working with fellow advisors & the Minister on this piece. https://t.co/HCBot0f0pG

Possian said the government should be going a step further and ensuring that participation in the group meant that members are in favour of aggressive climate action. "It isn’t enough for conflicts of interest to be disclosed. The terms of reference should disqualify climate deniers and delayers from this group outright,” she said.

Co-chairing the body will be Dan Wicklum, who previously launched the oil and gas industry group Canada’s Oil Sands Innovation Alliance (COSIA), and who now heads up the non-profit Transition Accelerator, as well as Marie-Pierre Ippersiel, who leads PRIMA Quebec and is a former executive at Écotech Québec.

350.org had also campaigned for fossil fuel executives to be banned from the group. Possian said it was good news that the list of advisers didn’t include officials from large Canadian oil and gas firms, but “it’s only a start.”

It all sounds go great! What

It all sounds go great! What if the really big polluters don’t care?. I am reading bad stuff about china ramping up coal again. How does the planet get to net zero by 2050 if so? Or are we just handing energy control over. Thanks for your comments.

I'm pretty sure the 30% below 2005 was a Harper Conservative "goal" ... if a number one sets and then does nothing to reach it can be said to be a goal ... and during his last term he didn't improve what existed the term before.
In 1997, according to Wikipedia:
"Canada's Kyoto target was a 6% total reduction in greenhouse gas (GHG) emissions by 2012, compared to 1990 levels of 461 megatonnes (Mt) (Government of Canada (GC) 1994)."
"The target for Canada was to reduce its greenhouse gas emissions by 6 per cent from 1990 levels between 2008 and 2012. Instead, national emissions increased by over 30 per cent, and Canada officially withdrew from Kyoto in 2011.
Kyoto was ratified by Chretien.
Harper abandonned Kyoto in 2006, and in 2007 did so before an international body.
In 2009, at COP24, Canada agreed to 17% below 2005 by 2020, to 607 mT, a much high emissions level than agreed to in 2002. And of course, we continued to increase, not decrease emissions.
Canada prefers basing reductions on 2005, as that was a year with record emissions.
We withdrew from Kyoto in 2011, and announced ourselves "Back!" in 2015 ... since when we've only blackslid.
Not only do we refuse to use 1990 as a base year, like the rest of the world does, but we refuse to count huge numbers of emissions, we count forests as carbon sinks, not the carbon releasers they've become. We ignore methane escapes, fuel spills, etc. And we've been entertaining for as long as Mr. Trudeau's been in power a fantastical calculation by which we claim as our own *China's* reductions ...
Not to mention ignoring completely "downstream" numbers.
Were there a likely alternative, I'd be chanting, "Throw the Bums Out" ... but hopefully they'll be in a minority position and willing to agree to some terms with someone whose understanding of climate science doesn't leave as much to be desired as the two main parties' combined wisdom can put together.
It'll be interesting to see whether or not the "Net Zero Experts" take into account the amount of excess Carbon we've released since our earliest pledge.