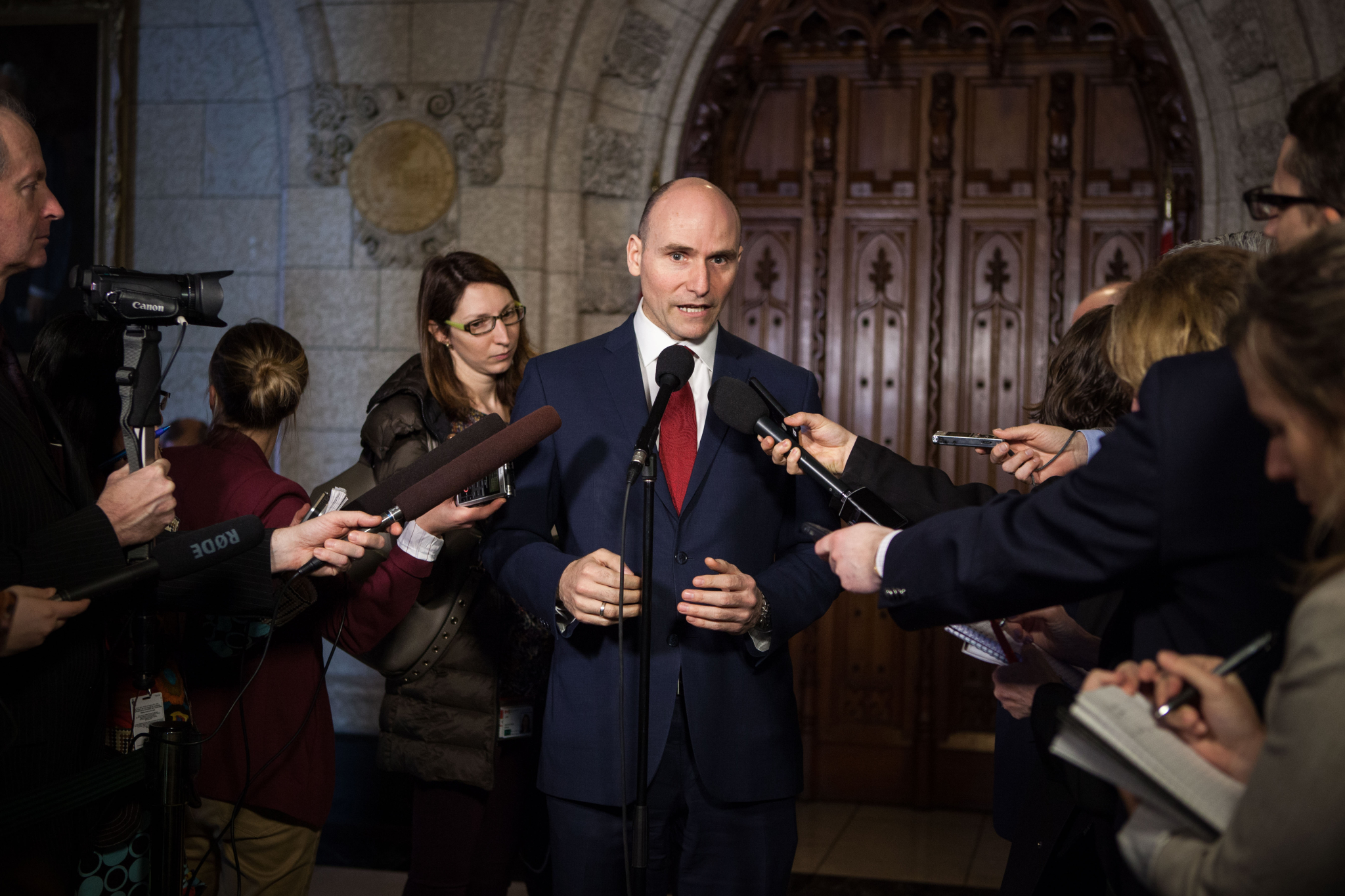 Canada’s health minister believes provinces and territories will likely discuss mandatory vaccine requirements in the coming weeks and months, he said Friday — a comment that came one day after federal Conservative Party Leader Erin O’Toole told media that “reasonable accommodations” should be made for unvaccinated Canadians.

At a press conference Thursday, O’Toole — who voiced his opposition to vaccine mandates in the 2021 federal election — criticized Ottawa for “normalizing lockdowns and restrictions as the primary tool to fight the latest COVID-19 variant” and failing to keep society open.

“The only thing that will solve COVID-19 is vaccination, and that’s why, again, so many people, including myself, are disturbed by the fact that Mr. O’Toole is not even asking his own members of Parliament to be vaccinated,” Duclos said at a press conference Friday in Ottawa.

O’Toole’s “lack of leadership would only force more lockdowns and put Canadians at greater risk,” he said.

Duclos’ office later added in a statement: “By opposing these measures, including for his own members of Parliament, Mr. O’Toole is effectively supporting the continuation of lockdowns.”

Among O’Toole’s remarks Thursday was the assertion that although Canada has vaccines available, “we are still lagging terribly on other tools, like testing and domestic supply of PPE (personal protective equipment).”

Duclos’ office said that in addition to obtaining enough vaccines for all Canadians and delivering “120 million rapid tests by the end of December,” it is shipping 140 million more rapid tests to provinces and territories this month.

While rapid tests, PCR tests, masking, social distancing and PPE are all “very important tools … what will make us move through this crisis and end it is vaccination,” Duclos said.

This sentiment was seconded by Green MP for Kitchener Centre Mike Morrice.

@jyduclos believes provinces and territories will likely discuss mandatory vaccine policies in the near future as Ontario and Quebec are hit hard by Omicron, adding these discussions are not currently happening. #covid19 #cdnpoli #vaccines

“While measures like rapid tests are part of an overall plan, the fact is that the majority of hospitalizations and ICU admissions are unvaccinated COVID patients,” Morrice said in a statement to Canada’s National Observer. “If we hope for our burnt-out health-care workers to see a light at the end of the tunnel, we must focus on reaching and engaging those who are not fully vaccinated.”

In an emailed statement, MP Don Davies, health critic for the NDP, said: "Instead of wedge politics, Canadians need national leadership to get through the current crisis.

“For many months, New Democrats have been calling for a federal mass vaccination strategy to accelerate rollout, remove all barriers to vaccination and improve uptake among vaccine-hesitant groups.”

He points to Canadians being “unable to get timely access to booster shots” and says “the federal government must do everything in its power to ensure third doses are administered as rapidly as possible."

Quebec has required vaccine passports for non-essential activities since September but took it a step further earlier this week when provincial Health Minister Christian Dubé announced Quebecers will have to show proof of vaccination to enter government-run liquor and cannabis shops.

Duclos said Ontario and Quebec “going through a very difficult time” is a warning to some provinces and territories that they “need to act now because if they don’t act sufficiently, it’s going to be difficult for the federal government to help after because we don’t have the capacity to do so.”

The Bloc Québécois did not respond to a request for comment before the deadline.

Canada should accommodate the unvaxxed during Omicron wave: O'Toole

If the majority of Omicron

If the majority of Omicron cases are amongst vaccinated individuals, what will be gained from compulsory jabs?

So in the two years since the

So in the two years since the general public realized we have inadequate hospital staffing, and governments were brought face-to-face with their own lapses in maintaining the emergency supplies and surge capacities they were *required* to do ... what, exactly, have they done? How many more spaces have been made in programs to train nurses, doctors and technicians? How much recruiting have we done? Did we ever return to functionality the early warning system we operated and the entire world (including the WHO) relied on, and we unilaterally and without notice diverted to a pretty much unsuitable and hugely reduced function?
Did we do anything at all to repatriate capacity for manufacture of pharmaceuticals?
Did we learn anything at all from earlier "waves" of this pandemic?
One wonders, now that hospitals are overflowed to the point that the very small handful of reliably science-based doctor/advisers/academics are cautioning individuals against unnecessarily exposing themselves to Omicron ... because even though illness is less severe in most people, still if one's one of the "unlucky" ones, one will definitively *not* receive optimal care.
In fact, in Ontario, one is best advised to not even risk catching a cold that might develop into pneumonia (no foolhardy tobogganing or soccer playing in 20 below weather), because healthcare personnel who not only have tested positive, but are in fact symptomatic, are being required to report to work: to tend to people who have and people who don't have positive diagnoses themselves.
And *still* we're opening schools: without "proper" protections for teachers or students, exposing youngsters in cohorts too young for vaccines, or largely unvaccinated despite opportunities being available.

"Mandatory" can mean many things.

Some of the same parents who refuse to vaccinate their children nevertheless want schools to open so they can send them to be with others, vaccinated and not, for the day: many with very young siblings at home, some of whom predictably *will* become very ill, *will* suffer long Covid, and *will* suffer permanent organ damage.

Just put the vaccine on the essential vaccines schedule: let those who can and won't just be excluded from attending school till the threat is past.

Do the same with adults who have no good reason (despite that they think they do, having "educated" themselves via social media and right-wing media -- largely from the US, but we have our own home-grown nutcases too).

And for heaven's sake, make it a criminal offence for politicians to encourage their nonsense.

The insane have taken over the asylum. Not that those who were in charge were competent to begin with.

It's not rocket science, dudes: it's actually the pre-pandemic status quo!!!!

Even if one doesn't hark back to the days when the job of Public Health was to safeguard the *health* of the public, not to "protect" the "healthcare system." As I say: it's not rocket science, and it's time for the insanity to end. Including the insanity up at the top.

And as far as "funding" stay-at-home requirements, how about allocation on the basis of need, and using some of the monies that still go to the resource extraction culprits who, basically, are at the root of most of our current problems.

PS: it appears that Omicron probably mutated in mice, and has been passed back to humans. For sure Covid has been found in deer. And in pet cats ... and an acquaintance who also follows these things, though, like me, less avidly than during the first year of the pandemic, says pet dogs also.

(Animals whose owners often proudly state, are fed only raw meat. Talk about carbon budgets. That's before flying in "rescues" from foreign countries. It's not as though there isn't already enough doggie doo, of whatever quality, on the sidewalk margins.)