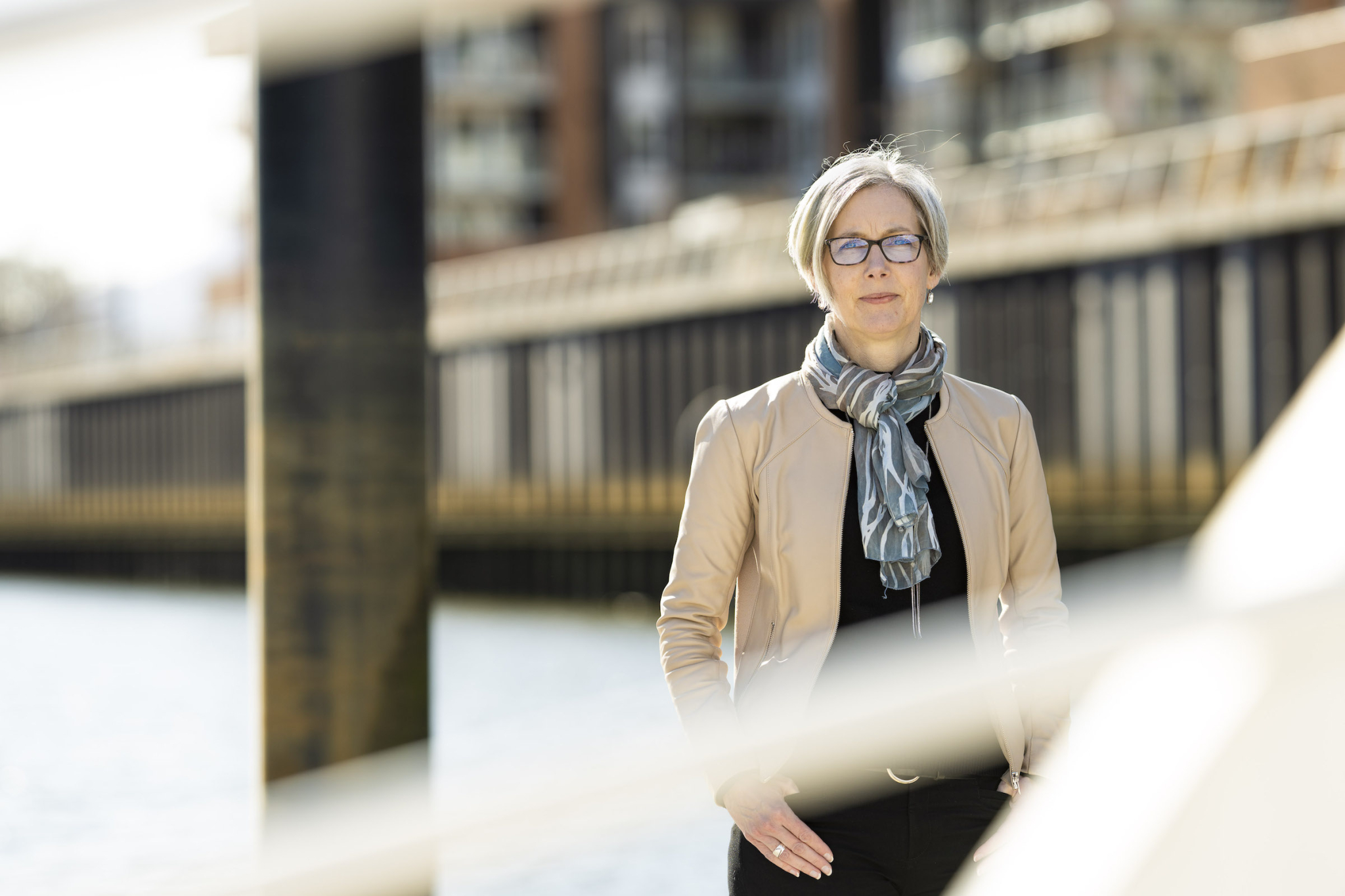 Late last October, Squamish Mayor Karen Elliott opened her Facebook feed to an ad calling her corrupt and incompetent. The attack wasn't a complete surprise. Since March 2021, Elliott and most of the town council had been hammered by dozens of similar ads posted by an anonymous, purportedly local Facebook page called Squamish Voices. Although it bills itself as a “community group,” the page lists neither its founders nor its followers.

“Usually I can have a conversation with someone… We can agree to disagree, but at least there's a person and a reason and a motivation,” said Elliott. “The frustrating part of this last year is that I feel like I've been boxing a ghost.”

A Canada’s National Observer investigation found that ads run by Squamish Voices and at least a half-dozen other supposedly grassroots Facebook pages are linked to Canada Proud, a right-wing political influence group founded by Jeff Ballingall in 2019, and his Toronto-based strategic communications company Mobilize Media Group.

This network is making forays into municipal politics with anonymous Facebook pages in Squamish and Vancouver on the West Coast; Vaughan, Richmond Hill and Brampton in the Greater Toronto Area; Ontario's Georgian Bay; and the Montreal suburb of Terrebonne.

The pages masquerade as community groups, sharing lighthearted posts about local issues. In some cases, they also display misleading information and run smear campaigns. While legal, experts warn pages like these can undermine democracy.

Ballingall is the former digital director for Erin O'Toole's Conservative leadership campaign and also launched Ontario Proud in 2016, a right-wing organization that raised more than half a million dollars, largely from developers and construction companies, to run a Facebook campaign credited with helping Doug Ford’s Progressive Conservatives win the 2018 Ontario provincial election.

Canada’s National Observer attempted to contact Ballingall, Isidorou and Burns repeatedly via phone, email, Facebook and LinkedIn, and did not receive a response. Reporters also left voicemail messages with Canada Proud’s listed phone number and sent Facebook messages and, when available, emails to each of the Facebook pages as well as Canada Proud and Ontario Proud. There was no response from any of them.

A @NatObserver investigation has found that ads run by at least a half-dozen supposedly local Facebook pages are linked to one of Canada's top right-wing communications strategists and his associates.

None of the Facebook pages identify the individuals or organizations behind them, echoing a global trend of political strategists manipulating social media to push particular agendas.

Kate Dommett, an expert on digital campaigning at the University of Sheffield in the U.K. who reviewed the pages, said organizations behind these types of campaigns often create posts designed to draw people in, asking for comments on issues like traffic or housing, as a means to increase engagement and public trust. Then, in the lead-up to an election or other contentious public event, page administrators bombard followers with explicitly political content or smear campaigns.

“They openly talk about the fact they just post scandalous things because it helps them build an audience,” she said.

In Richmond Hill, Marian Nalley, a co-founder of the Council Accountability Group, noticed the Richmond Hill Voices Facebook page when it launched in May 2021 as a self-described “platform for discussions, news, and all things Richmond Hill.”

“I couldn’t find any information on the group itself,” said Nalley. “So I started to dig into it a little bit.” Soon, she found the address listed on ads run by the page matched that of Ontario Proud and Canada Proud.

In December 2021, as the community faced a byelection for mayor, the page ran a slew of ads attacking candidate Carmine Perrelli. Perrelli, a city councillor who was defeated in the election, did not respond to a request for comment. Since the election, the page has reverted to seemingly innocuous reposts and asking users questions like “What’s your favourite weekend activity?” and “Would you try Tim Hortons iced (sic) cream?”

Nalley suspects these posts are a means of collecting people’s data through likes and comments to use in the lead-up to the Ontario election in June and municipal elections in the fall. “They’re trying to direct our elections,” said Nalley. “Why are they sticking their noses in municipal elections? And the way they’re doing it, they’re hiding behind this front, and people are just liking them all over the place because of how well they’re doing their advertising, and people just don’t realize.”

Dommett said Facebook pages like Squamish Voices use the veneer of being a community organization to subvert the “well-established” democratic principle that advertisers shouldn't be anonymous. People in democratic societies need an “honest description” of who is trying to influence them to fashion a well-informed political position, she said.

The growing influence of social media on democracy worldwide has led to increased scrutiny of Meta’s policies for political advertising. The company has responded by implementing some measures to increase transparency, such as requiring political advertisers to submit identification and list phone numbers and addresses, and creating a searchable public database of ads related to politics and issues of national importance.

But in practice, Dommett said, the measures haven't been particularly effective. The advertisers she studies routinely use discontinued URLs, fake addresses or disconnected phone numbers on ad disclaimers, making them nearly impossible to trace.

Meta also doesn't require organizations or companies to reveal who hired them to run ad campaigns. Squamish Voices has displayed at least $15,900 worth of ads targeted at Squamish Mayor Elliott and the city council in the past year, but there is no information about where the money came from. Elliott said the page doesn’t seem to be pushing a specific political agenda but rather aiming to sow “chaos” and erode trust between residents and the local government.

Meta told Canada’s National Observer it reviewed the Facebook pages and “determined that neither the (p)ages nor ads violate our policies.”

Marilyn Iafrate, a municipal councillor in Vaughan, heard about ads circulating on Facebook in January 2021 that accused her of voting to “destroy our wetlands.”

She was somewhat mystified about what the three ads on Vaughan Voices — self-described as a “grassroots organization” concerned about protecting the environment — could be referring to. She consistently votes against opening up agricultural land for further development and is a vocal opponent of Highway 413, a key goal of the Progressive Conservative government that would run across protected Greenbelt lands.

“When you want to attack people, you just take what you want and you leave the truth out,” said Iafrate. “People need to be aware that there are those out there that are sophisticated enough to create a website to look like they’re a legitimate community group.”

thanks for the heads up.

thanks for the heads up. very creepy. why is Meta still not refulated? talk about big bother ruling us all.

I have the same question as

I have the same question as another commenter: why isn't this fraud and manipulation, and illegal? If it isn't, is there work ongoing within the Canadian legal system to counter this fraud and manipulation, so that it is not any longer legal. If not illegal, there should at a minimum be a requirement that the website post information identifying the authors and naming their conflicts of interest. Everything I have read about Facebook makes me glad I've never wasted time joining it. It is clearly the go-to tool of propagandists and liars. Facebook/Meta should be required to pay enormously in a hands-off way into education systems globally, to teach people how to avoid being sucked in by their own uncritical thinking, in regard to Facebook's uncritical lack of morality.

The free market was supposed to take care of everything. I suspect this latest reiteration of the 'free market' is the universe unfolding as it is supposed to.

We've learned recently what truth means to the right. We know now how well they support of democracy and the ideal of free elections. As in the Mad Hatter, truth is what they say it is........there is no objective correlative....freedom is absolute, for those who say it is.

There's a lot of work to do to get back to a place where telling lies got you in trouble. Today, craft the lies well, and it could lead you into office. Interesting that one of these opinion creators worked for O'Toole in his leadership race.

Makes me think these sites might just be the 'tip of the iceberg' floating toward our democracies.

More garbage in garbage out

More garbage in garbage out from right wing organizations that have realized they'll never win by fair means so have decided to use foul ones. It's extremely concerning though, since we are in a time frame where delusion and lies could take us down a one way road there's no returning on.

Makes me thankful progressives in Canada have decided to unite to get things done, rather than participate in the outrage and outright hate being spewed by the extreme right wing.

What I find most interesting is the degree to which big money is funding these astro turf media spots. Perhaps they fear we're about to tax them? Close tax havens? Fund social programs instead of fossil fools???

Decades ago Trish Woods of

Decades ago Trish Woods of CBC did a doc on the Share movement in BC and found that resource companies hire PR groups who then send agents into communities to form industry-friendly faux "citizens groups" to oppose environmentalists.
They stirred up the crazies and sent them after citizens who were just concerned about the environment.
One showed up at my friends place while her husband was away and threatened her. The police had a word with him but that was all.
Kind of backfired though because she became a full-time activist.