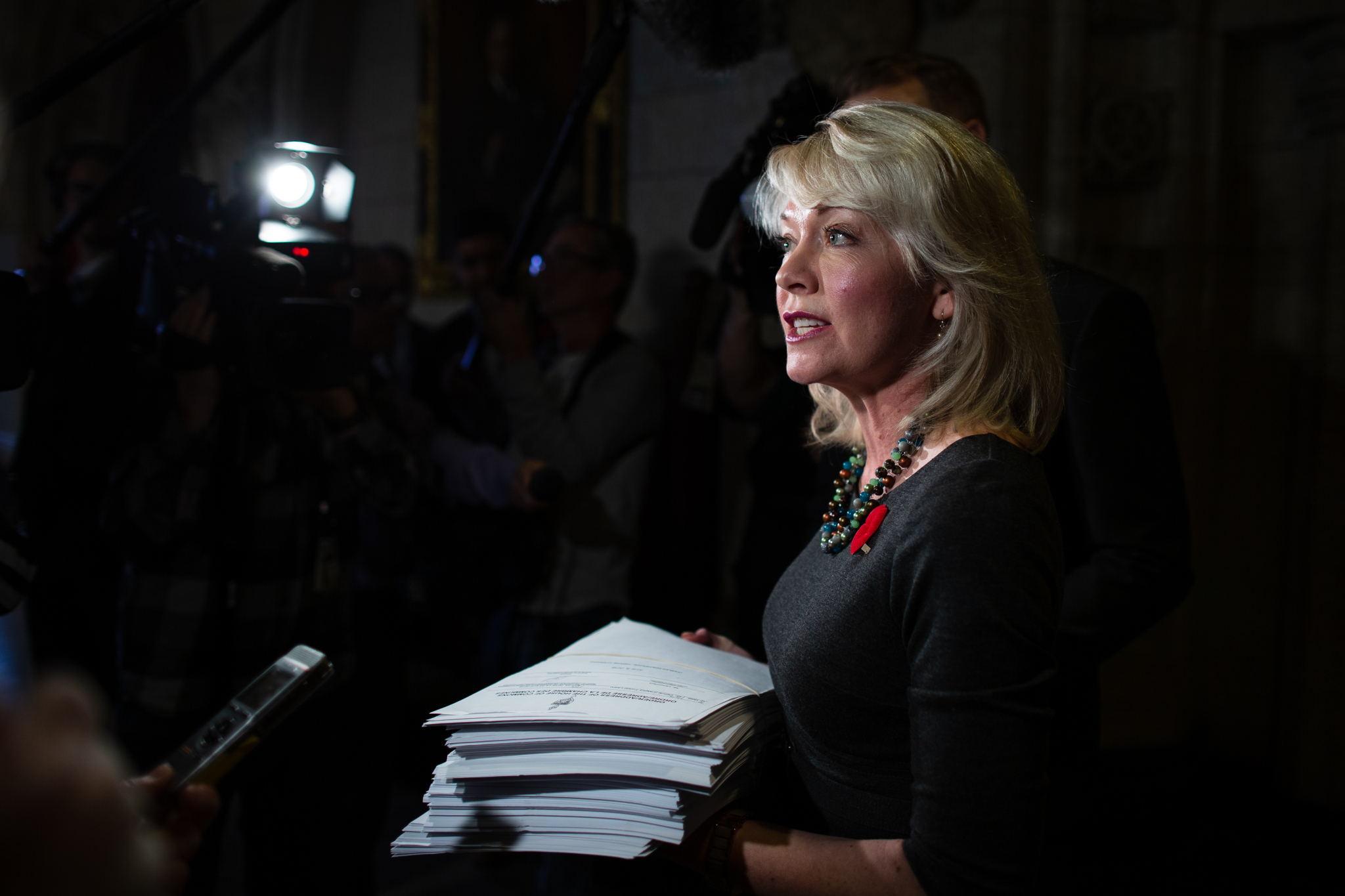 Whether or not the Liberal-NDP pact will actually keep the federal government in power until 2025 remains to be seen, but in the short term, it promises to change the dynamics of the Conservative Party of Canada leadership race, one poll analyst says.

Conservative MPs, including interim leader Candice Bergen, are already hard at work calling the Liberal-NDP supply-and-confidence agreement “backdoor socialism” and “an attempt at government by blackmail.”

Now that the Conservative Party is casting the federal government as further to the left, there are a few possible outcomes for the leadership race, Éric Grenier, poll analyst and publisher of The Writ podcast and newsletter, told Canada’s National Observer.

The NDP-Liberal deal could further radicalize and push the Conservatives to the right with rhetoric around “stopping the socialists,” said Grenier. On the other hand, the Liberals’ perceived movement to the left “evacuates the centre a little bit” and could be an opportunity for the Conservatives to occupy that space with a leader like Jean Charest, he added.

However, Grenier noted there doesn't seem to be much interest in that approach.

“The party seems a lot more interested in being true to its principles and all that rather than electoral gain,” said Grenier.

It is possible the disarray and divides within the party may have emboldened the Liberals to strike a deal with the NDP, Maxwell Cameron, a professor of political science at the University of British Columbia, told Canada’s National Observer. While the Conservatives try to select a new leader and unite the divided party, the Liberals might feel less vulnerable, especially because the Conservatives’ current path seems to be moving them further right based on Erin O’Toole’s recent ouster, he said.

The new Liberal-NDP supply-and-confidence agreement will change the dynamics of the Conservative Party's leadership race, but how remains to be seen, says @EricGrenierTW. #CPC #cdnpoli

“If they do that, then that really is good for the Liberals, and then the Liberals can afford the association with the NDP; they'll still be occupying the middle ground,” said Cameron.

In a federal election, the Conservatives might have an opportunity to pick up some more conservative, “fiscally responsible” Liberal voters if they don’t stray too far to the right, he added.

It will be easy for Conservative leadership candidates to argue the Liberals are far left and will run up a deficit and that the Conservatives need “a moderate adult in the room” to bring the party more to the centre — something Canadians will want, said Grenier.

But he isn’t sure this logic will appeal to party members, many of whom may see this Liberal-NDP deal, become more upset and want someone who is more of a “pitbull” and “a partisan fighter like (Pierre) Poilievre.”

“If Charest or (Patrick) Brown (are) able to use the next few months to say, ‘Let's make a sensible decision, sign up a lot of new people who might not be very happy about this agreement between the Liberals and the NDP, maybe some centrists who don't want to have to choose between a very right-wing Conservative party and a Liberal party that's allied itself with the NDP’ ... maybe that's something that could resonate,” said Grenier. “But it's just not really the kind of thing that gets a groundswell of support.”

A Leger poll that surveyed 1,591 people between March 4 and 6 found Poilievre had 41 per cent support compared to 10 per cent for Charest, among the 358 Conservatives surveyed.

“It really does, I think, put in stark contrast the difference between trying to win the leadership race and then trying to set yourself up to win an election next time,” he added.

“Also, if this race is going to be very divisive, and it seems like it's going to be … (there is) lots of pretty heated rhetoric between the two sides that suggests it could be hard for these two sides to get back together,” said Grenier.

A longer wait until the next federal election means there’s more potential for things to happen, like the Conservative party splintering or a new party starting up, whereas the possibility of a shorter election period may have helped unite the party and keep it focused on the ultimate goal of forming government.

I wonder how Poilievre and

I wonder how Poilievre and other Conservative candidates would respond to Harper's desperate attempt to form a coalition with the Bloc in the mid-oughts? Harper et al even produced a signed document that outlined the proposed deal, which never did get off the ground. Today's leadership candidates would probably claim it's fake news and try to change the channel.

Meanwhile, our minority government carries on with more than half the electorate behind them favouring stability. Sure, they're not perfect, but they are far better than the alternative.

That is just one example of

That is just one example of "the pot calling the kettle black" okay for us but not for them.
Thanks for the ammunition for my next verbal run in with a political opponent.

This article underlines the

This article underlines the limits of a pollster’s input. Grenier’s policy-free horse race analysis and his nonsense of “vacating the middle” ignores the fundamental truth that a clear majority of Canadians favour the major planks in the Liberal/NDP agreement. Grenier is almost 180 degrees off. The agreement is in the public interest, his contribution isn’t.