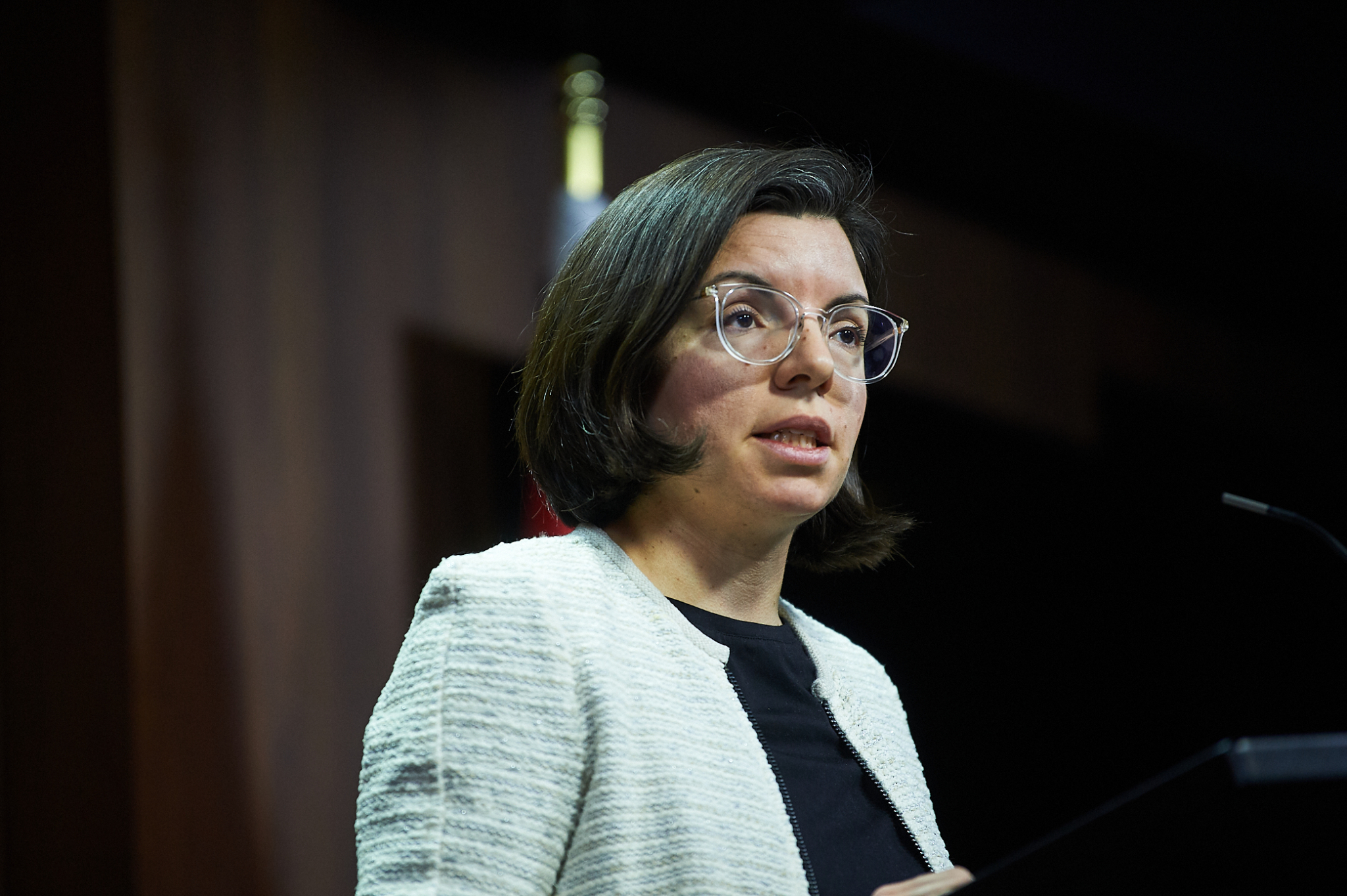 The federal NDP used its opposition day to push for further action on high food prices, including closing corporate tax loopholes and forcing CEOs to “pay what they owe.”

NDP agriculture critic Alistair MacGregor sponsored the motion Thursday morning. It followed his request for a study of inflation in the food supply chain and the profits of large grocery stores, a motion passed by the Standing Committee on Agriculture and Agri-Food Wednesday evening.

The motion calls on the government to recognize that corporate greed is a significant driver of inflation, support Canadians by closing loopholes that allowed CEOs and big corporations to “avoid $30 billion in taxes in 2021,” ask the Competition Bureau to investigate grocery chain profits and support the Standing Committee on Agriculture and Agri-Food in its study.

The study will call witnesses, including grocery store CEOs, to testify before the committee.

During the debate, NDP MPs, including MacGregor, referenced recent comments by Shell CEO Ben van Beurden, who said governments may need to tax companies to protect the poor. Reuters reported van Beurden’s comments, made at the Energy Intelligence Forum in London on Tuesday.

Canada’s National Observer asked Finance Canada about the possibility of a windfall tax on oil and gas profits in early August. The department responded with an emailed statement outlining previously announced measures, including a luxury tax on vehicles, the Canada Recovery Dividend and a corporate income tax increase. Many of these measures were referenced by Liberal MPs throughout the debate.

The federal NDP used its opposition day to push for further action on high food prices, including closing corporate tax loopholes and forcing CEOs to “pay what they owe.” #Inflation

Conservative Party Leader Pierre Poilievre said he agrees with most of the motion but that it doesn’t go far enough because it ignores “government greed.”

“I want to compliment the NDP on bringing forward, quite frankly, a very reasonable motion,” said Liberal MP Mark Gerretsen. He added that it is a welcome departure from the slogan-based motions the Conservatives introduce.

They need to take a whack at

They need to take a whack at outrageous credit card charges and interest rates, as well.
Thankfully, the grocery store chains I generally shop at aren't collecting the "surcharge." And neither should they, given the outrageous markup on groceries. (I know it's markup, because their prices are up to double what one pays at a mom-and-pop produce mart.)
Before Covid, one could get 4 fat leeks in season for $1.99. This year, they were $2.99 for 2 not-so-fat ones. Last time I was in the supermarket, they wanted $3.99 for ONE.
I'm now waiting with bated breath, to see if the report says what it should say: that we're paying somewhat more for the privilege of checking out and bagging our own groceries, and a lot more so that Mr. Supermarket's profit margin is way bigger than it used to be.

Has anyone else noticed the new round of bank and grocery stores renovations going on, presumably to improve their property values: it's not anything to do with customers' needs, given that my "local" branch did big renovations within the past 5 years, and is now closed to customers because they're renovating again ... probably to make us process our own banking at computers in their branch.
In the meantime, they closed the branch closest to me, and at the next-closest (2 km away) their ATMs cannot be used for cheque deposits or bill payments, as the as the guard on duty told me, mid-day, "it's OK only if you want to grab cash."

And then there are all those grocery cashiers and bank tellers with no work. And no way to get problems fixed.

It's high time units were defined as for either occupation by owner, or rental, with all rentals to be subject to rent control, and preferably all rentals built to purpose.

Anything else makes housing unaffordable. Just walk through the alternatives, and you wind up where we're at now.

As far as Tiff Macklem and his stupidity goes, I'd like to ask him how he thinks making it so old ladies have to make do with leaking boots, because his stupid approach to inflation is simply to make the poor pay even more that they can't afford.

There is no way that corporate greed gets addressed by increasing interest rates. Bank profits go up, that's about it.

Hopefully, he's also clawing back all the excess interest being charged, given especially what he's doing to jobs. No, sir: it doesn't make more jobs, it makes less of 'em. And the reason there are no workers is that too many of them are sick. Thanks to all the fumbling around Covid. Which isn't over yet: yet another seniors' residence in Toronto has a massive outbreak amongst residents.