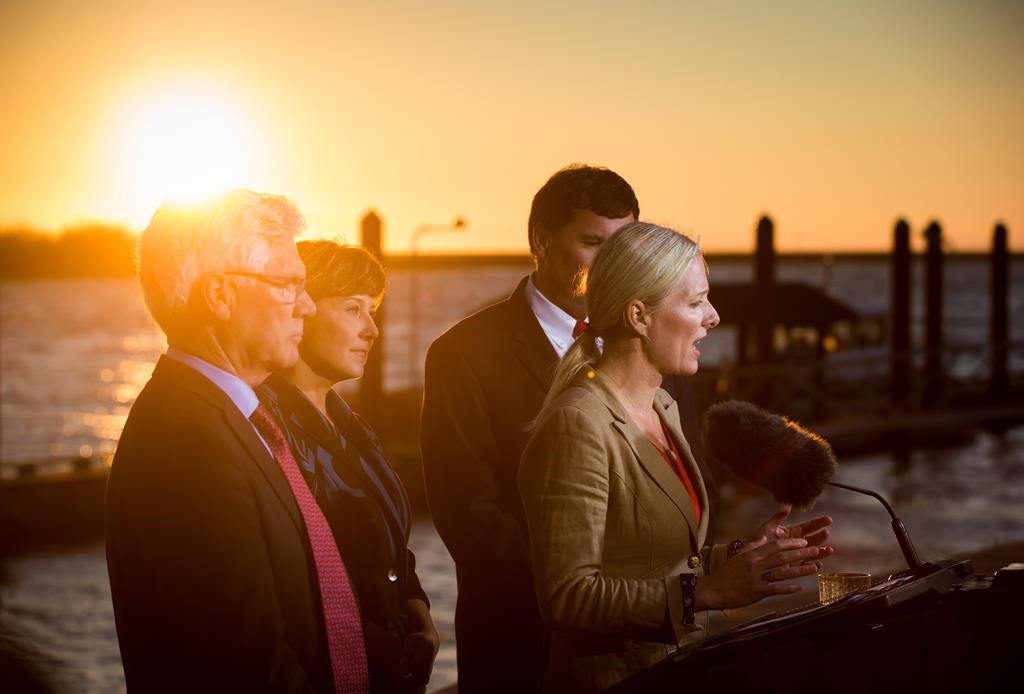 President-elect Donald Trump may resurrect Keystone XL but that isn't going to quench the Canadian government's thirst for a crude oil pipeline to one of Canada's coasts, Natural Resources Minister Jim Carr explained on Tuesday.

The pipeline project, proposed by Calgary-based energy company TransCanada Corp., was rejected in 2015 by President Barack Obama after years of legal battles, debates and protests. But Keystone XL suddenly has new life, following the election of Trump who has promised to reverse Obama's decision and approve the crude oil pipeline that would give Alberta oilsands producers new access to markets and refineries in the Texas Gulf coast.

Speaking after a cabinet meeting in Ottawa, Carr told reporters that the Canada-U.S. pipeline project proposed by TransCanada wouldn't be enough to fulfill the government's responsibility, as defined in the mandate letter he got from Prime Minister Justin Trudeau in 2015, to help Canada's resources get to market.

"Well, (Keystone XL) doesn’t get oil to export markets in Asia, and it’s a goal of the Government of Canada to expand its export markets," Carr said. "So there are a set of conditions that we will look at very carefully, but I think that if you listen to what the Prime Minister has said about moving our resources sustainably, the importance of responding to the demands within other export markets and not to rely solely on one major market, that that’s a sensible approach to take and nothing has changed."

Carr said that questions about the need for another crude oil pipeline project, Kinder Morgan's west coast Trans Mountain project — recently described by a Trudeau-government appointed panel as one of the most controversial projects on Earth — are part of a separate conversation from Keystone.

"Keystone will be a decision of the American government to make," Carr said. "The proponent will have to make a decision about whether to reapply and then the new American President will make a decision based on the American interest. Canada continues to have a series of processes in place on a number of pipelines to the west coast and also to the east coast and we will follow those rules as we announced them in January."

Carr's comments echo statements made last week by Alberta Premier Rachel Notley who said Keystone XL wouldn't solve the main problem of oilsands producers, which have one market in the United States, and little access to customers in other countries in the absence of new pipelines to the coasts.

The remarks open the door to multiple pipelines getting built in the coming years after numerous projects appeared to be going nowhere in the regulatory process under the Obama and Harper administrations.

But it is not yet clear how Trump will proceed, since he has also said that he wanted the U.S. government to collect more revenues from the project, without explaining what that meant. And in Canada, First Nations groups have signed a treaty vowing to fight any projects that would allow for expansion of the oilsands, which are the country's fastest growing source of heat-trapping carbon pollution.

Some economists have also challenged industry and government forecasts about the need for pipelines, arguing that there isn't a growing global appetite for Alberta oilsands crude, the world's third largest oil reserves behind Saudi Arabia and Venezuela, because it requires specialized refineries, is too expensive to produce and it leaves a large environmental footprint.

TransCanada, which is also proposing the cross-Canada, 4,500 kilometre Energy East crude oil pipeline, has said it remains committed to building Keystone XL. Meantime, the Trudeau government, has given itself until Dec. 19, to make a final decision on Kinder Morgan's Trans Mountain expansion project after Canada's National Energy Board recommended that this west coast pipeline be approved with 157 conditions.

The Energy East hearings are currently adjourned, following the recusal of all three panel members due to conflict of interest concerns that were uncovered last summer by National Observer.

Many industry, government and business leaders say the new pipeline projects are needed to promote new jobs and responsible development of Canada's fossil fuel resources. But environmentalists, First Nations leaders and a number of mayors have said the pipelines are too risky since they may spill and push Canada's climate change goals out of reach.