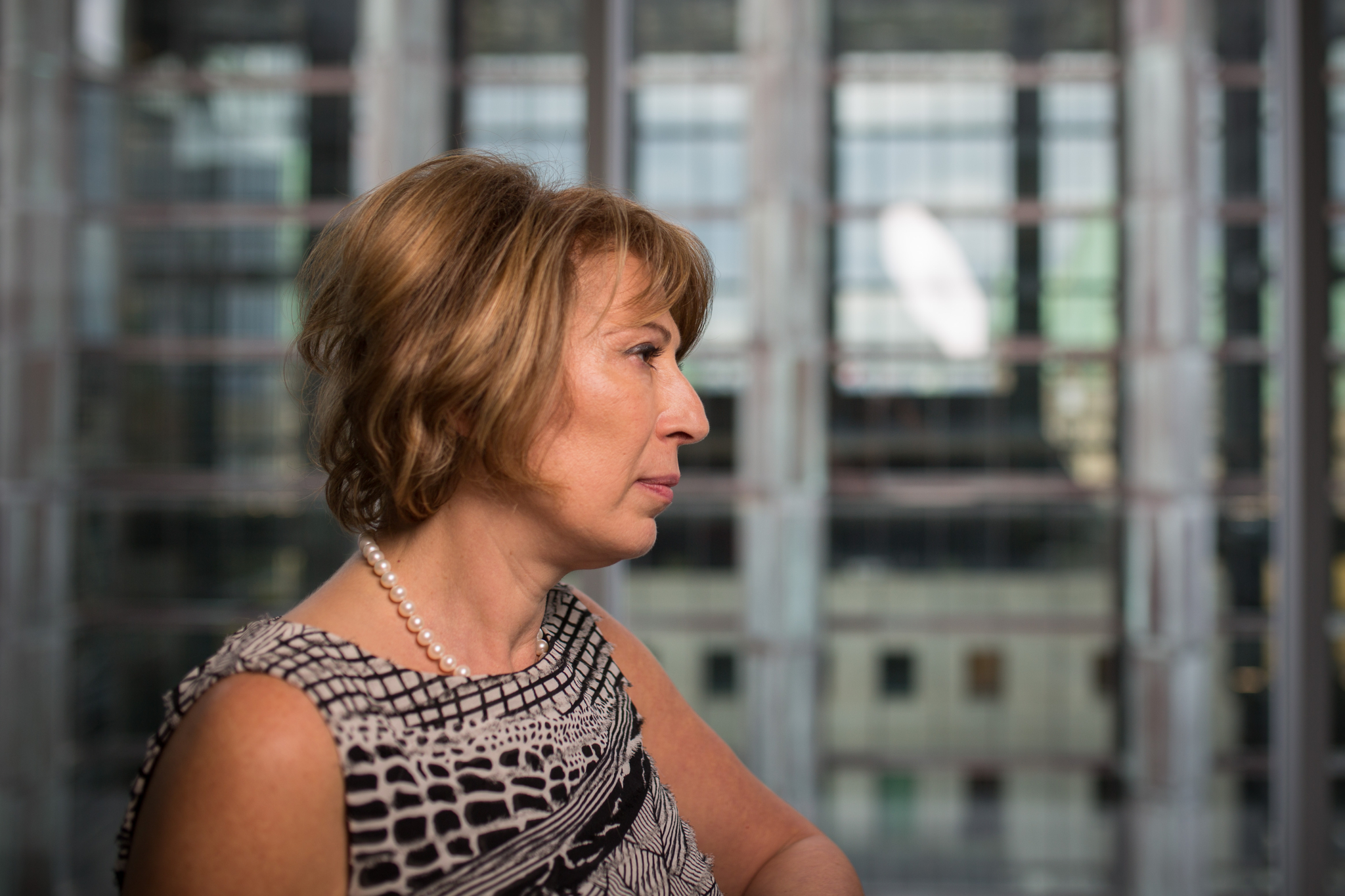 Canada’s chief science advisor wants to send Canada's public servants back to school so they can learn how to properly use evidence in their decisions and policies.

Mona Nemer, brought on by Prime Minister Justin Trudeau's Liberal government to safeguard public access to government science, said in an interview Monday her office is working with the Canada School of Public Service — a federal institute that offers training and education for public servants — to prepare coursework for employees and managers to learn more about science communication and evidence-based policy.

​Her efforts are already attracting interest abroad, as foreign counterparts track her preparations to train government scientists to speak freely about their work, and ensure government science is publicly accessible and plays a role in policy development.

“I can tell you that many government science advisors around the globe are interested in this,” she said. “I think the need is there...one would have to assume that the materials and products required or needed either don’t exist, or are not readily available on any broad scale.”

Nemer first outlined her office’s work with the school to National Observer on March 15, on the heels of a watchdog report into the muzzling of government scientists.

The report, the result of a nearly five-year federal investigation by former information commissioner Suzanne Legault, found that the government of former prime minister Stephen Harper violated its own rules by muzzling scientists. Legault also reported she had not received “firm commitments” from the Trudeau government to fix the problems.

Trudeau's Liberals swept to power in 2015 after promising to end Harper's muzzling practices and restore the role of science and evidence in government policies and decisions. In addition to naming Nemer, they introduced changes to Canada’s access to information law, moved to scrap Harper-era communications policies and agreed to add scientists' right to speak freely into collective agreements, but their efforts to tackle government secrecy have been criticized.

The commissioner's report made four recommendations, one of which was for the government to “provide training to public servants on their rights and obligations in publicly communicating science-related information.” Asked about her reaction to the report at the time, Nemer sent an email outlining several steps her office was taking, including talking with the school to develop what she calls “training modules.”

Speaking to National Observer on March 26, Nemer revealed more details about that outreach. She said she has met with the school’s president, Wilma Vreeswijk, to get a sense of what the school was already offering.

She has also asked government scientists and ministers to “identify and tell us what they feel would be the most urgent need” and is now awaiting their feedback. In the meantime, her office has started work developing coursework on the use of evidence in decision-making.

“I’m certainly hopeful that in this first year of my mandate we will have some interesting products," she said.

An unnamed official from the school’s media relations office confirmed in a March 23 email that the school has had “preliminary discussions in the field of evidence-informed decision making” with Nemer’s office, and “is looking forward to working on the co-design and delivery of this workshop.”

Nemer described the potential coursework as part of two distinct but overlapping areas. One is what she considers the “professional development” of federal scientists, which is where she places the issue of scientist muzzling. The other is the issue of how best to consider scientific evidence in crafting policy.

“I think that communication is really important, and it has as much to do with fundamental expectations, if you will — and the freedom of scientists to talk about their work and engage with the public,” she said.

“But on the other hand...we all appreciate that science plays an increasingly important role in our decision-making and our policy. And the level of science literacy and appreciation of science by the public can be improved — so why not actually use our federal scientists to participate in this effort of nation-building, which is to talk about science, to press the appreciation and the understanding of science.”

She said the coursework may not all be directed at federal scientists themselves — it could also be designed to teach non-scientists how to evaluate evidence as a scientist does.

“It’s about...how solid the evidence is, the scientific method of application; different views or publications, or contradictory publications, on the same topic; (and) what is the weight of the evidence, how do you judge it,” said Nemer.

“I think there seems to be a variety of needs. On the one hand, I think there is the professional development of federal policy — that’s one issue. Intersecting with this is the way policy is developed, sitting around the table...between policy experts and scientists. I think it’s a matter, also, of developing common understanding on both sides.”

“Recognizing, of course, that there are certain research and scientific activities that one needs to be more mindful of when you talk about, be it national security, be it issues where there are intellectual property at play, and so on.”

Security is a key aspect of the school's training, according to its most recent departmental performance report from the 2016-17 fiscal year. It said the school had "streamlined" its security curriculum and "developed a new online security screening course" aligned with a government standard.

The school hosted a special event on "how national security works" in 2015 an event on cybersecurity in September 2017. On May 1, it's hosting an event on security and open source software.

“I think that everybody understands that there are certain issues that are of national security, and that one needs to be more careful about,” said Nemer. “All this can be explained and is quite easy to appreciate."

The federal government, which is regularly bombarded with cyber attacks, released a budget this spring that proposed hundreds of millions of dollars in cyber security and cybercrime spending.

The country also recently turned to its spy agency and cybersleuths to secure Canadian privacy rights in the wake of revelations about the data from tens of millions of social media accounts being exploited to influence democratic elections.

This is a topic that has been

This is a topic that has been deeply politicized in what are in effect ongoing efforts to continue to smear and discredit the previous government. The public service unions are involved and they most obviously have an axe to grind. That the PMO was able to "muzzle scientists" is laudable at best and is actually a function of long standing departmental policy that prevents direct interaction between government employees ( including scientists) and the media. It is still departmental policy, As a DFO scientist one still cannot talk directly to media without prior vetting. It is to prevent one persons viewpoint to be construed as departmental policy (among other reasons).

Does your excuse explain the

Does your excuse explain the widescale shredding of reasearch papers that we are led to believe happened under the Harper administration, or the discarding of the long form census? As a citizen interested in science, I do not think these disturbing events can by justified by any rational means.

@Brad Mercier: A department / government / Minister shaping its message to the public is one thing, a scientist making her research available to peers and the public is quite another. Open Science is about the latter. Either the government's message is supported by science or it is not. That is for all of us to figure out. Under no circumstance can "muzzling scientists" be justified.

Seems..brilliant. Give researchers some guidance and constraints set in policy. Good one.

Might be a good idea to send our MP's back to school as well.

Neil deGrasse Tyson famously said that science is fact, whether you believe in it or not. But "...teach[ing] non-scientists how to evaluate evidence as a scientist does" is a non-existent skill in our society. Media report the conclusions (which are opinions) and recommendations (which are also opinions) of science, but the value of scientific results lie in also communicating 1) the current understanding of how things work (which is an opinion), 2) what is being tested (which is also an opinion predicated on current understanding), 3) the experimental design (which are facts), 4) the findings (which are facts), and 5) who funded the research (which are uncomfortable facts).

No root no fruit.