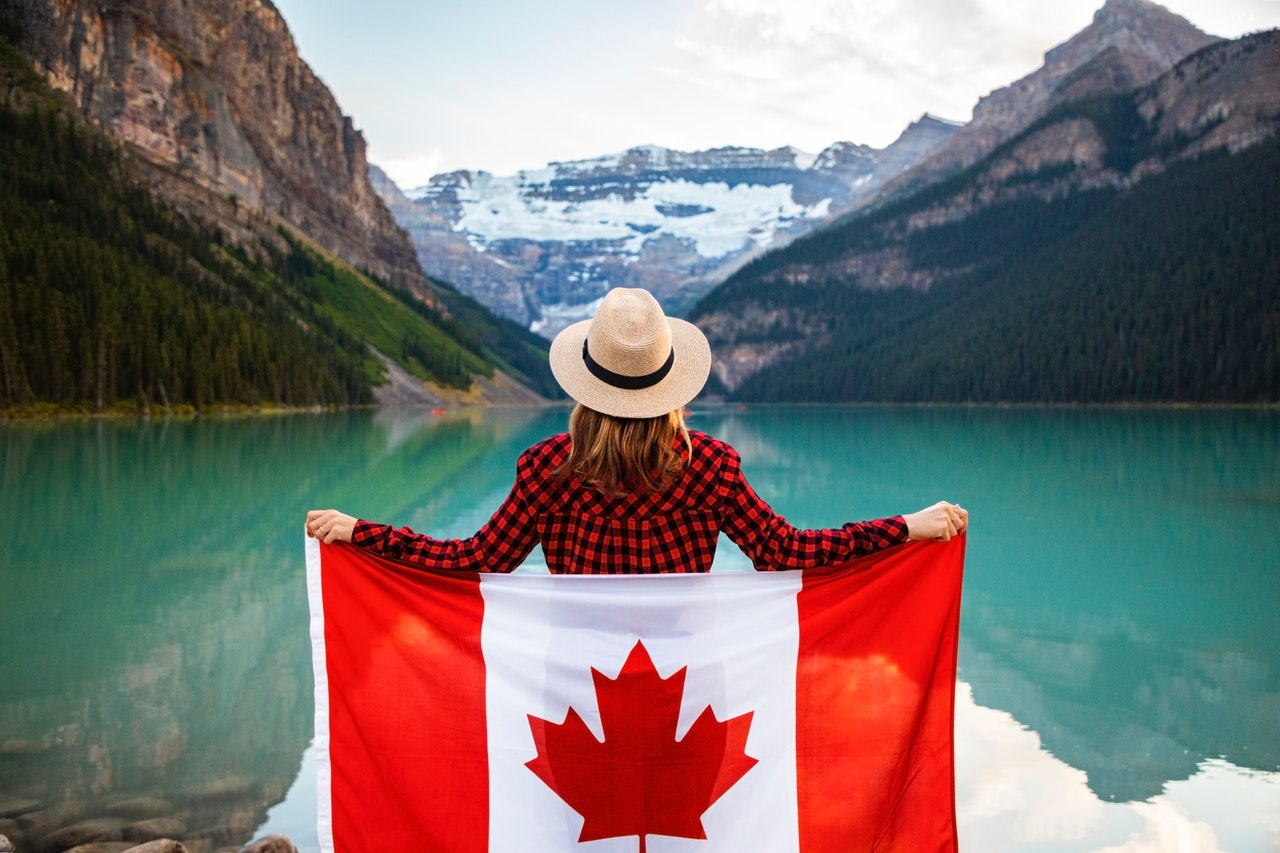 Environmental liabilities are the most prominent global investment risks, according to a World Economic Forum (WEF) 2020 report.

The global investment community is increasingly internalizing these concerns such that in 2019 investors representing US$11 trillion in the assets from 1,100 financial institutions have committed to divest from fossil fuels.

And many government organizations around the world are concurrently part of the growing fossil fuel divestment momentum.

By contrast, Canadian financial institutions and the Canadian federal and provincial governments are still heavily betting on fossil fuels.

To this effect, RBC, TD and Scotiabank are included in the world’s top 10 investors in fossil fuels.

RBC topped the list for investments in the oilsands and TD is not far behind.

Prime Minister Justin Trudeau had agreed to the April 2017 G20 initiative to end fossil fuel subsidies by 2020, yet Canada ranks seventh among the G7 for reducing dependencies on oil and gas.

The first actions with environmental implications from the Trudeau administration’s second mandate comprise two major initiatives regarding the petroleum sector.

One is the vow to begin the construction of the Trans Mountain pipeline.

The other is an expression of a favourable view on a project proposal by the China state-owned CNOOC for an offshore oil-drilling project off the coast of Newfoundland.

Regarding provincial initiatives, there are the projects for shale gas pipelines and liquefied natural gas (LNG) facilities on the horizon in B.C. and Quebec.

This is occurring despite divestment initiatives already being felt in Canada.

According to the Canadian Association of Petroleum Producers, oilsands investments have declined from $33.9 billion in 2014 to $12 billion in 2019.

Because of economic imperatives, in the fourth quarter of 2019, Chevron wrote down the value of its assets by US$10 billion, to US$11 billion, and this encompasses a devaluation of its assets in LNG Canada in B.C.

It seems that in Canada, there is an immunity to the warning about the “carbon bubble” by the heads of the International Monetary Fund, the World Bank, the Bank of England and others.

The following are some examples of important divestment initiatives.

The European Investment Bank (EIB) — the world’s largest multilateral public bank and among the world’s biggest investors in fossil fuels — has decided to break ranks and engage in the green economy.

In November 2019, the EIB announced it would stop financing fossil fuels by 2021 and become the world’s first climate bank.

In the interim years, the bank will limit approval of new fossil fuels projects.

This is truly an evolutive step for the EIB, which, in the past five years, on average invested US$13 billion to US$15.6 billion per year in the energy sector, increasingly in climate initiatives.

One step ahead of the EIB, the World Bank proclaimed it would no longer finance oil and gas exploration and extraction projects after 2019.

In July 2019, the Storting — the Norwegian parliament — unanimously voted for Norway’s central bank (Norges Bank) to divest more than US$13 billion in the fossil fuel sectors, from the country’s US$1.06-trillion Government Pension Fund Global (the world’s biggest sovereign wealth fund, also known as the “oil fund”).

This unanimous vote comprises an US$8-billion divestment from 134 oil and gas firms exclusively involved in oil and gas activities.

Sweden’s central bank, the Riksbank, in November 2019, sold off all bonds from Alberta, Western Australia and Queensland, claiming it will divest of assets associated with large carbon footprints.

In a statement from the Riksbank, deputy governor Martin Flodén said, “Australia and Canada are countries that are not known for good climate work — greenhouse gas emissions per capita are among the highest in the world.”

Among private financial institutions, BlackRock — with US$6.5 trillion in assets, one of the largest fund managers in the world — is attuned to climate risks.

Of all the fossil fuel sectors, it is the coal sector which is taking the biggest beating and is now in a free fall.

Global coal consumption has plateaued since 2012, with early 2019 data showing another decline of three per cent.

Major insurance companies that have curtailed or halted investments in coal and, in some instances, other fossil fuels include Lloyd’s of London Swiss Re, Axa and Allianz, BMO Global Asset Management, Legal & General, SCOR and Zurich, due to climate risks.

BlackRock will divest of assets in enterprises with more than 25 per cent of revenues associated with coal.

Amundi, the 10th-largest asset manager in the world with holdings in pensions and savings valued at US$1.55 trillion, decided it will no longer invest in companies with more than 30 per cent of its business from coal.

The combination of the decisions of investment institutions and governments to decrease possession of fossil fuel assets plus fossil fuel-decreased profits, poor stock performance and poor market potential, together, have seen the oil and gas sector going from 29 per cent of the S & P 500 in 1980 to 5.3 per cent in 2018.

The requirements from the investment community for reporting on environmental and social governance (ESG) and carbon risks are increasing.

Institutions with requirements for ESG disclosure include Canadian banks and credit-rating agencies such as Moody’s.

This has become a cause for concern to the fossil fuel sectors.

The Financial Post reflected the apprehension about the increasing controversy over climate risks in a Jan. 10, 2019, article by John Constable under the title “The burden of proof rests on Mark Carney, and he hasn't made his case against fossil fuels.”

Never mind that 97 to 98 per cent of millions of scientists from thousands and thousands of scientific disciplines have made the link between extreme weather events and climate change.

At that level of consensus, it is called a fact.

According to Mark Carney, former governor of the Bank of England and the Bank of Canada and now the United Nations’ special envoy on climate, up to half of developed oil reserves would probably be stranded in the event of compliance with climate objectives.

Mohammed Barkindo, secretary general of the Organization of the Petroleum Exporting Countries (OPEC), said, “Climate activists and their ‘unscientific’ claims are perhaps the greatest threat to our industry going forward.”

Large pension funds in North America and Europe don’t see it that way.

Many are now planning to divest of holdings in the heavy oil sector, including those associated with Canada’s oilsands.

The coal industry is experiencing difficulty in raising financing.

Divestment and the worst to come

We are at the precipice of the electrification of the transportation sector — the writing is on the wall for internal combustion engine vehicles.

Second, there is the estimate by Maximilian Holland that large-volume electric compact cars and SUVs will be price-competitive in 2022.

Third, in January 2020, Tesla’s market cap climbed to more than US$100 billion, second only to Toyota and more than Ford and GM combined (Volkswagen was formerly in second place).

Since the transportation sector represents two-thirds of the global demand for oil, and road transportation accounts for 89 per cent of that amount, the above electric vehicle considerations have given rise to a growing consensus that peak oil will be reached in the 2020’s.

Peak oil refers to when oil consumption plateaus and then declines.

Even Shell concurs, believing electrification of transport is the new energy trend.

As for natural gas, like compounded interest, there is the demise of shale gas profitability and LNG markets, as per my National Observer article from July 17, 2019.

With wind and solar coming in cheaper than coal in two-thirds of the world, GE had no choice but to write off US$193 billion in the three years leading up to 2018 for the construction of new coal and gas-fired plants.

Tellingly, wind and solar energy will account for 76 per cent of U.S. power-capacity additions in 2020.

Canada and the green economy

To its credit, the Bank of Canada has indicated climate change presents risks to both the economy and the financial community.

But in Canada, the central bank is the exception to the rule — a glimpse at the specifics of government subsidies paints a clear picture.

In the first two years of the Trudeau administration, EDC spent $22.4 billion on oil and gas investments, which is $2 billion more than was spent on these sectors during the final two years of the Harper government.

From 2013 to 2017, EDC invested at least $4.4 billion in companies involved in oilsands expansion and transportation.

As indicated in the introduction, Canadian banks are equally out-of-step.

It is not surprising Canada ranks No. 55 on the 2020 Climate Change Performance Index, beating out Saudi Arabia, the U.S. and Australia.

Divestment and reallocation of financial institutions’ resources, along with government-wide frameworks for a migration to a green economy, are essential for Canada to be competitive in the emerging new economy.

The alternative is to contribute to financial collapse.

The solutions to achieve a green economy are, for the most part, known, and the clean technologies necessary to comply with the Paris Agreement already exist.

But Canada is weak among developed countries in supporting domestic clean-technology solutions.

Given a green economy is one for which economic and sustainable development are similar, the Canadian public and private sectors have plenty of wiggle room.

Examples of solutions are seemingly infinite and include economic diversification in provinces dependent on fossil fuels.

By Morgan Lowrie | News, Politics | January 20th 2020
Reports from the Race to a Safer World