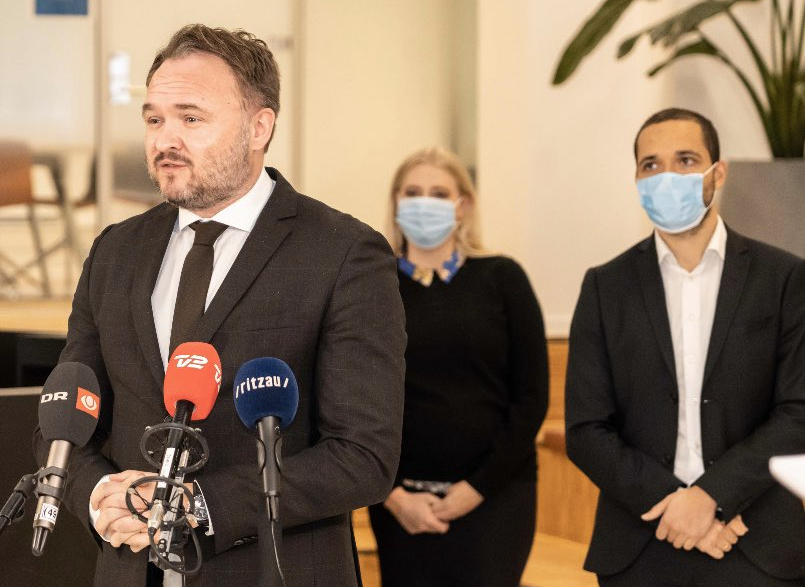 The largest oil producer in the European Union has committed to ending fossil fuel extraction while ensuring continued employment for affected workers.

The Danish parliament reached a deal Dec. 3 that would see the country cancel its current and future licensing rounds for oil and gas in the North Sea, and phase out all fossil fuel production by 2050.

“When the calendar reads 2050, the oil and gas valves will be turned off for good,” said Danish Climate, Energy and Utilities Minister Dan Jørgensen.

The deal makes Denmark the largest oil producer in the world so far to establish an end date for its oil production. The nation produces more than 100,000 barrels of crude oil and oil equivalents each day.

The political agreement acknowledges how the exploitation of oil in the Danish part of the North Sea, which began in 1972, “has been important in financing the Danish welfare state” through government revenues, jobs and infrastructure.

The last 50 years were an “important and productive period in Danish business and energy history,” it states.

“But it has come with a price.”

A just transition for Danish oil and gas hub Esbjerg

The parliamentary agreement also commits to a “just transition” initiative in and around the Danish west coast seaport of Esbjerg, where there is a “high concentration of companies in the energy industry and specialized knowledge within the energy sector.”

Denmark, the largest oil producer in the European Union, has committed to ending fossil fuel extraction while ensuring continued employment for affected workers.

The agreement sets aside about $18 million to support the development of “large-scale offshore wind” in the region. Denmark is already a leader in wind power, sourcing about half its electricity from wind last year and its turbine manufacturer Vestas can put its name to the most turbines now installed in Canada.

It also proposes a “growth team” for the area that will “make recommendations as to how best to invest in local business and thus strengthen growth and employment.”

“We intend to show what an ambitious yet balanced phase-out of fossil fuel production might look like, taking into account both the urgency of climate change and the very real concerns of workers employed in the fossil sector,” said Jørgensen.

The agreement states that the oil and gas sector has played a “significant role” in both economic growth and employment around Esbjerg. There are about 4,000 workers directly or indirectly employed in Denmark’s extraction industry, according to the government.

Esbjerg began as a fishing town and developed into oil and gas production, according to the agreement. That “adaptability” can become an example in Denmark and around the world for a green transition, it states.

Labour leaders in Canada have warned that any attempt to set emissions reduction targets in Canada should be coupled with a strategy to protect workers in the industry and ensure they have proper financial, jobs and training programs — or it will put people’s livelihoods at risk.

“To recover from this pandemic and to future-proof our economy, we must transform Canada into a renewables-only economy that creates good jobs for workers, treats workers in the fossil fuel sector fairly through the transition and helps power the world with clean, affordable energy,” said Stewart.

Denmark, like Canada, has also committed to reaching net-zero carbon pollution. But while Canada has committed to phasing out coal-fired power plants nationwide by 2030 and launched a task force that examined how to fairly provide for coal workers, it has not committed to an end date for its oil and gas production.

Greenhouse gases from the burning of fossil fuels like coal, oil and natural gas are collecting in the atmosphere, heating up the planet, and federal scientists say this pollution needs to plummet to avoid more extreme climate change.

Achieving net-zero carbon pollution means that the greenhouse gases emitted by a country are offset through other initiatives, like planting trees or capturing carbon.

Fossil fuel production around the world must also start winding down by six per cent per year for the next decade to avoid the same fate, according to a recent United Nations study.

In Canada, the oil and gas sector has been the largest carbon pollutor by economic sector. Canada’s oil and gas industry, however, “likely won’t meaningfully reduce” its carbon pollution this decade without more government funding, the Royal Bank of Canada has said.

The federal government has already offered hundreds of millions of dollars to oil and gas firms to adopt “greener technologies.”

This is what serious looks

This is what serious looks like. I've chafed for decades now at the nonsense of "setting targets". You don't set targets, you actually do stuff.

Trudeau could cut the Gordian Knot of the whole pipeline/climate controversy by proposing a Grand Bargain with Biden, oil companies, Kenney, pipeline opponents: let the big controversies go through, as long as the oil companies agree they are the last.

The oil companies will cave at once, because they know they're the last either way; for economic reasons if not from all the opposition. But it would have to be real: the oil companies must issue corporate statements that agree they are now sunset industries, have built their last pipelines, last plants. Any further expansions must be named in the Grand Bargain, and named as the Last.

The oil companies have to describe themselves in the statement as "sunset industries", and name dates for their last proposed fossil sales, complete with a plan for a gradual shutdown that respects the needs of their workers for continuity and a future.

If we could get all that, I'd sign off on KXL and the other pipelines in a heartbeat. It would be a win, on the whole. Fighting these dweebs for another dozen years while they deny the obvious and inevitable to the end, as a certain party is about a certain election this month, would slow the whole progress down more than a few pipelines would.

This is what political