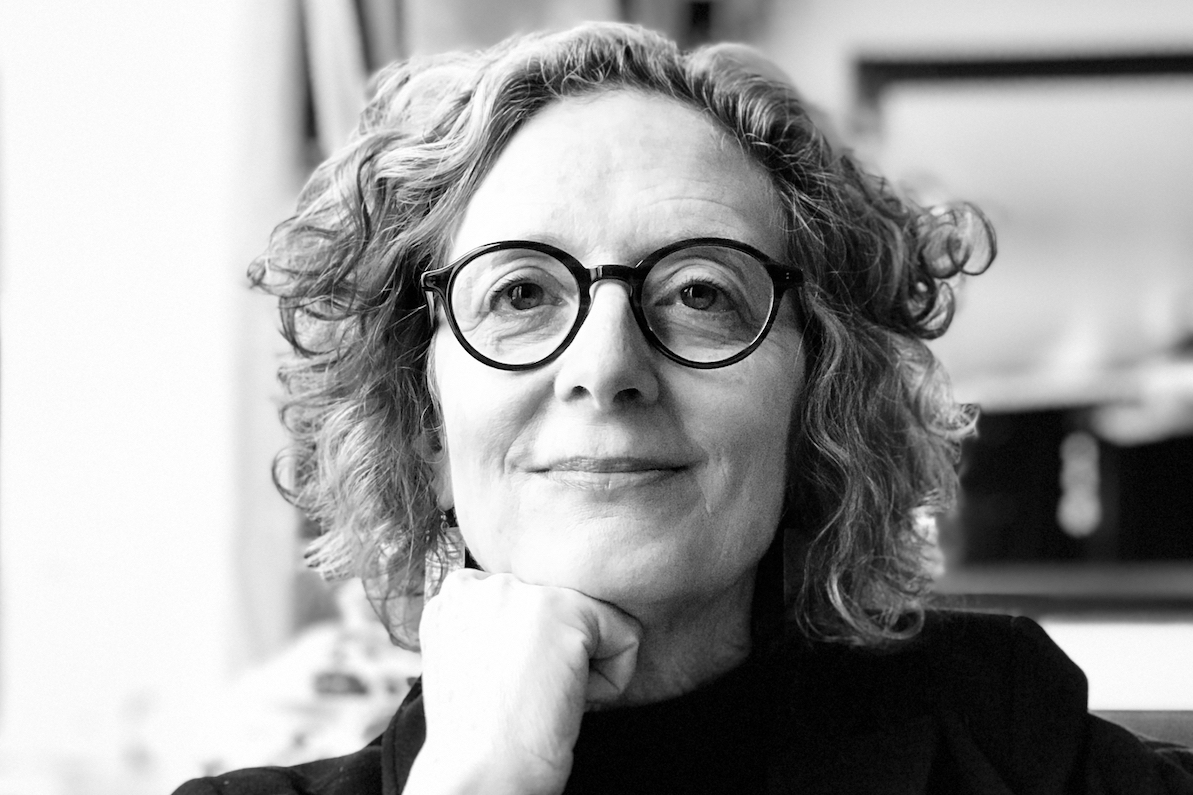 I was living in New York City when, following the 9/11 attacks, the government urged New Yorkers to return to work and allowed children to go back to schools near Ground Zero. Federal officials told us the air was safe to breathe. It wasn’t. Later, it came out that they knew it wasn’t true.

The fatally inaccurate information reassured hundreds of people, many of them first responders.

“In 2018, 17 years out from the Sept. 11, 2001 terrorist attacks, nearly 10,000 first responders and others who were in the World Trade Center area have been diagnosed with cancer,” USA Today reported that year, citing data from Mount Sinai Hospital in New York City. “More than 2,000 deaths have been attributed to 9/11 illnesses.”

Just as lives could have been saved if the Trump administration had relied on facts and science from the start of the COVID-19 outbreak, the Bush administration could have protected public health and saved the lives of many people with the truth.

That's why editorially independent, well-resourced, aggressive investigative journalism is so important. A shared set of facts can literally save lives.

I was standing with a group of parents outside New Explorations into Science and Technology, the new Kindergarten-Grade 12 public school on the Lower East Side of Manhattan where I’d enrolled my son. I imagined my son exiting the school 18 years later as a young adult. What would the world have become by then? I was four and a half months pregnant with Lev, my second son. He would eventually be born in Vancouver, a Canadian.

I lived 15 blocks from the World Trade Center, and it had been a couple of weeks since 9/11 had ripped our lives apart. After the sudden rise of nationalism and Islamophobia in New York City, I remember how we parents, representing many cultures, stood watching our small children file into the school in a neat line, saying little, each of us deep in thought.

Since the attack, then-president George W. Bush was talking about "an endless war" against terrorism and finding weapons of mass destruction in Iraq, although the men who’d hijacked and crashed the planes were Saudi Arabians, as was the mastermind of the attack, Osama bin Laden. Bush seemed to be twisting the truth to scare and confuse people so he could convince the public to go along with a war against a country that had insulted his father and was unrelated to the attacks. Based on a lie, the Iraq war resulted in at least 400,000 violent deaths, possibly as many as a million.

Anyway, now we know what the world became.

Profound changes have shaped society over the nearly 20 years since 9/11. A rise in nationalism and emergence of far-right global leaders, social media dominance, the dissolution of alliances, a global pandemic and climate change, have altered the world. Yet resilience, co-operation and hope continue to move us forward.

“I just renewed my subscription to @NatObserver. This critically important journal is Canada's most clear-sighted source of news and informed opinion. If you want to stay on top of what matters, subscribe!”
— Glen Murray, former Ontario environment minister


Climate change is like a slow, silent, ongoing 9/11. It is a disaster where information can make all the difference, for people and for plants and animals that are dying at an alarming rate.

This is why, every day, we report on solutions, we hold industry to account. It is why we look for dark money and why we write about and investigate corporate control of the economy and politics.

We do this on a daily basis. We persist, even when there's no big, dramatic story.

That's what it takes to respond to the challenge of living on a planet threatened by global warming. A slow, silent calamity demands a daily response.

Stories of people meeting the challenge of climate change are so important. The man protecting endangered marmots on Vancouver Island. The church that makes climate change mitigation part of its mission. The business in Ontario that helped the environment and saved millions by drastically cutting emissions. The group of oilsands workers in Alberta committed to sustainable energy development. The Nova Scotia scuba diver cleaning up fishing waste from oceans and the Montreal-developed satellite that can pinpoint carbon from space.

Everyone's efforts matter in the effort to tackle this existential threat.

How did I get here?

I never imagined myself in fundraising or sales. I worked my first journalism job when I was 16 years old, writing obituaries for the Greenfield Recorder. I spent my free time watching television coverage of the Watergate hearings. Watching the Watergate hearings put me on the path to investigative reporting.

Growing up in Chattanooga, Tenn., the only woman I knew who worked or had power in the community was Ruth Holmberg. She was a family friend and the publisher of the Chattanooga Times. She must have been in her 40s when I was a kid, so impressed by seeing her at the helm of the city's newspaper. I would occasionally visit her in her publisher’s office and remarked that this wonderful woman I usually saw at family gatherings ran a newspaper and played such a meaningful leadership role in the community. No other woman I knew worked outside the home.

When I officially launched the Vancouver Observer in November 2009, I had no business operation, no team of journalists and no printing press. But the internet offered the opportunity to start a publication without any real capital.

I jumped into the entrepreneurial adventure full of optimism that if we did good journalism, the money would follow. I had no idea what it would actually take to finance ambitious reporting. Surely, I thought advertising revenue would flood away from print to online journalism, but it didn’t flow our direction. The lion’s share of those billions went to Facebook and Google.

My apartment doubled as Vancouver Observer's offices. From my dining room table, a reporter fresh out of UBC's master's program and a recent university graduate uncovered the Koch brothers' funding of the Fraser Institute.

Another young reporter exposed spying on environmental and citizens groups by CSIS and the RCMP. He revealed how the leader of the top spy oversight agency had registered as a lobbyist for Enbridge, which was trying everything during those years to get an oil pipeline through from Alberta to the West Coast. Our investigation triggered his resignation.

We wrote dozens of stories about how Second World War brides were disenfranchised from citizenship by archaic Canadian laws, reporting that led to legislative change. Young people just getting their start in journalism did the reporting.

As our reporting on pipelines and the oilsands grew, so did the scope of our reporting on climate change. Stories about global warming outgrew the local brand. So we decided to start a new national publication.

The launch of National Observer in March 2015

Over 500 people donated around $80,000 to help launch "a new, progressive, national news site for Canada” on Kickstarter. With these funds, we turned the dream of going national into reality.

It was excruciating to ask for money. But asking was the only option. I pushed through my aversion and began to reach out for funding to finance Reports from the Energy Battlegrounds.

To my delight, I discovered how interested people were in backing a journalism project that was focused on undercovered stories in Canada about the oil industry, public health and the environment. Our donors were kind and thoughtful and deeply engaged.

Another crowdfunding campaign gave us the resources to investigate disinformation during the 2019 federal election in Canada. We wrote a report about the impact of Canadian journalism in fighting disinformation, which I urge you to read. You can download it here.

Amid a storm of disinformation and propaganda masquerading as news, we've seen how healthy debate gets bogged down by narrow, partisan bickering. The result is an abject failure to achieve progress on terrifying issues like climate change, social inequality and rising right-wing populism.

Good journalism exists to counter that so that there's a shared baseline of facts. It was critical 20 years ago, and it’s more urgent today.

Dick Fadden, former head of CSIS under the previous Conservative government, told me that "democracy is not going to work unless people are able to compromise, dialogue and talk."

I agree, and that dialogue can begin with a shared foundation of factual reality.

Mother Jones CEO Monika Bauerlein told me: “There’s an overload that people are experiencing where they want to turn away. As journalists, we need to respect that and help curate the information that we share.”

It’s more than just finding a big exclusive or uncovering a scandal or reporting on the latest weather. Especially in these isolating times, a newspaper is like a lighthouse showing the way forward, the dangers ahead as well as solutions.

In these fast-changing and uncertain times, we need to remain more steady and trustworthy than ever.

The past year has posed unimaginable challenges for all of us, and our families, as we dealt with the day-to-day realities of living through the largest threat to public health of our lifetimes. But it has also shone a light on all that we have to be thankful for as Canadians, and how our government and communities have stepped up to keep us all safe, such as the front-line COVID-19 health-care heroes and their untiring service.

Having the right facts at the right time, as during the confusing aftermath of 9/11, can leave long-lasting impacts on people’s lives. Now that we face a major turning point in the pandemic with the new vaccines and an unprecedented opportunity to rebuild our economy around climate change, news reporting, communicating and sharing information through networks — and even outside our usual silos — plays such a vital role.

My deep gratitude to you,

My deep gratitude to you, Linda Solomon Wood, for inventing the National Observer. Truthfully, I'm scared of living next to the USA - and just as afraid of Alberta Premier Jason Kenney, with his disordered dreams of expanding Mordor when we have no hobbits and no magic ring to cast into the pit of those erupting infernal "tailing ponds".
The closest we can get to mythic salvation are the voices of your cherished friends David Suzuki, Noam Chomsky and Amy Goodman. With our ears and hearts open, they could suffice. Thank you again.

Thank you Linda & other

Thank you Linda & other National Observers!

Your long, thoughtful post was most welcome, & very encouraging in these dark times.
Your 2021 deep investigation plans by good-hearted, curious, excellent professionals reassure me that Nat Obs has Canada's back, speaking truth to power & citizens.
"Good journalism exists to counter that so that there's a shared baseline of facts. It was critical 20 years ago, and it’s more urgent today." Yes!

My question, and one you

My question, and one you could be asking, too, is: Where is the scientific proof that we have a infectious "virus" causing world-wide illness and death.
A simple, straight-forward question, for which I have found no answer. Isn't that strange?