Ontario Premier Doug Ford, the charter and what’s at stake 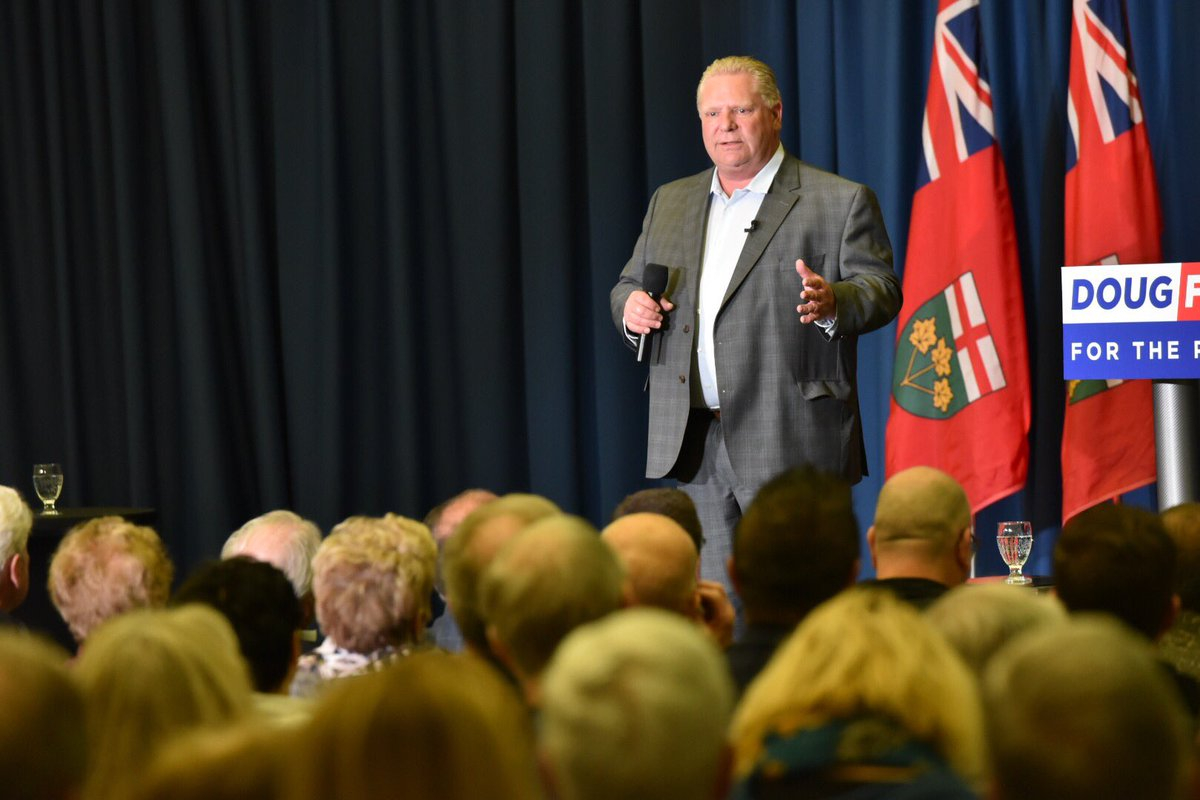 Ontario Premier Doug Ford has consistently shown his contempt for the rule of law, starting with his first piece of legislation in 2018. Photo by Wikimedia Commons
Previous story
Next story

Disappointed but not surprised: that was my reaction to Doug Ford using his majority to pass anti-democratic legislation again.

Last week, it was so he could retroactively ignore the Ontario Superior Court, which ruled that muzzling critics’ advertising for a year before an election was unjustified and contrary to the Canadian Charter of Rights and Freedoms.

This abusive legislation, itself apparently retroactive, was rammed through without public notice or consultation, as if responding to an emergency. We ARE facing multiple emergencies, including the climate crisis, ecosystem collapse and devastating inequality. But Ford isn't taking meaningful action on any of those. Instead, he is acting like a bully, using public power to steamroll those in his way.

Doug Ford has consistently shown his contempt for the rule of law, starting with his first piece of legislation in 2018. His so-called "Urgent Priorities Act" gave himself and his government immunity from liability for misfeasance, bad faith, breach of trust, breach of fiduciary obligation and breach of applicable securities laws or any other statute for what they did to Hydro One, a company traded on the stock exchange. This interference cost Hydro One more than $103 million.

Since then, he has repeated the pattern over and over, defying legal obligations, muzzling the public and giving himself and his government immunity. He flagrantly ignores the Environmental Bill of Rights.

He retroactively cancels contracts without compensation. He retroactively invalidates legal permits. He forced gas station operators to post misleading attacks on the federal government on their pumps. He attacks, weakens and silences critics, such as conservation authorities, municipalities, and the environmental commissioner of Ontario, while he sledgehammers legal protections for irreplaceable natural areas and for endangered species and dirties our air.

No one can stop him but the voters. But now, he has slammed a retroactive muzzle on any interest group, such as trusted environmental charities, who wants to tell voters what is at stake. Local media are weaker than ever, many closing across the province. Meanwhile, Ford uses the immense power and deep pockets of the government for his own propaganda, while many people get their “news” from social media echo chambers.

So, will next year’s election talk about what matters? How will voters know what’s at stake and who to believe?

We are in a critical decade. As COVID-19 has shown, ecological and economic crises often coincide and make each other worse. It is not just that both climate change and ecological destruction make pandemics more likely.

Every scientific measurement of the natural world tells us that we are in deep trouble with much worse rapidly approaching. Meanwhile, the rich get richer, the poor get poorer and public space and public infrastructure degrade.

Ontario Premier Doug Ford is acting like a bully, using public power to steamroll those in his way, writes @DianneSaxe, deputy leader of @OntarioGreens. #ClimateAction #onpoli

There is still a little time to choose differently and to make almost everyone's life better. A blockbuster report from the International Energy Agency (IEA) confirmed that we still have a small window to keep a stable climate, but only if we start right now to reverse most of what Doug Ford has done.

It is a big deal when organizations like the IEA, long dominated by oil and gas, concede that all governments must urgently slash emissions through “immediate and massive deployment of all available clean and efficient energy technologies” and an immediate end to new investments in fossil fuels. Doug Ford's Conservatives are still doing the opposite. How will voters know?

There is no perfect answer, so here is one workaround: give money now to small charities that speak up on the issues you care about. Ford’s new muzzle limits how much each organization can spend, and makes it risky, expensive and exhausting to participate in public debate, but it does not limit how many organizations can speak up. If you know a good charity willing to do the work, it deserves your support.

Small political parties need your support, too. Ford has stacked the deck by increasing donation limits, further increasing the political power of the rich, and by giving his own party an extra $1.5 million of public cash just before the next election. Those who want voters to hear other voices need to step up and make it happen.

A better world will not happen by itself.

Robin Sears in To Star today

Robin Sears in To Star today points out that the $600,000 limit per organization will mean a workaround by opposition who will create many one issue smaller registered groups each of them able to focus on one issue and spend up to that limit. It could mobilize the outraged muzzelled citizens to better, wider engagement to GET THEM OUT.
but remember, Libs have already said they wont investigate his crimes.......
Poke a hive and you get angry bees.
Like Diane says, donate to groups who will tell the truth of what Do and the destroyers are doing.