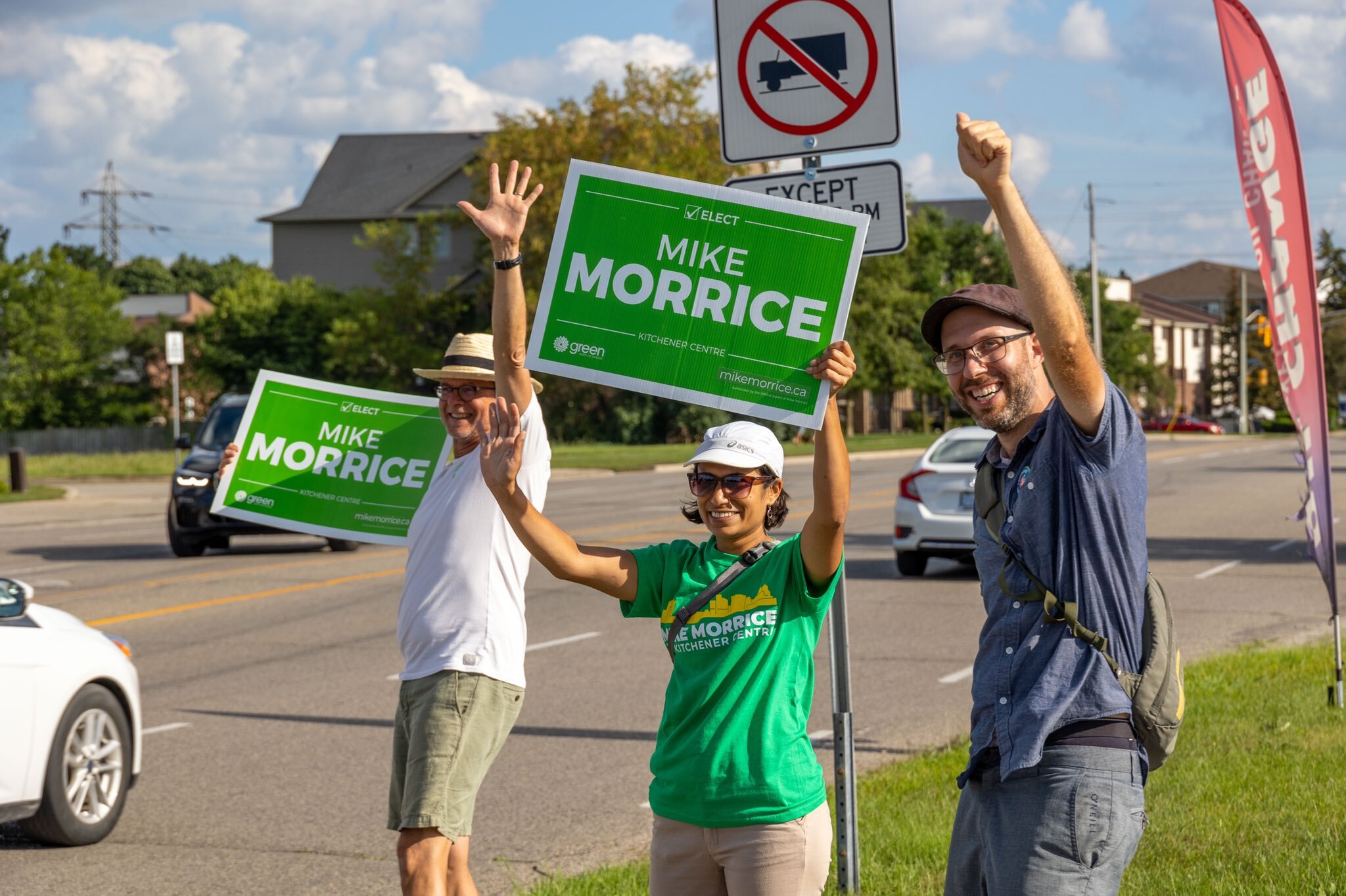 Mike Morrice of the Green Party is Kitchener Centre’s newly elected MP and said he pledges to work respectfully across party lines to achieve climate action in line with the science. Photo from Mike Morrice / Facebook
Previous story
Next story

Despite the short timeline of the 2021 snap election, local organizers in eight provinces across Canada managed to host 70 debates on environmental issues, involving 56 candidates ultimately elected to Parliament — and now that the results are in, they plan to hold MPs accountable.

“Each of our organizers who had a participating candidate who was then elected will receive a summary of the commitments the MP made and we will encourage them to follow up with the MPs,” said Sarah Van Exan, executive director of GreenPAC, the non-profit environmental organization that facilitated the debates.

GreenPAC first organized 100 Debates for the Environment in 2019 in partnership with Équiterre, aiming to facilitate as many non-partisan all-candidate debates as possible to draw attention to environmental issues. This year, over 6,000 people watched in real time and more than 10,000 watched recordings of the debates before election day, on Sept. 20.

Van Exan said organizers worked tirelessly to organize the debates in only 36 days, and right until the bitter end, folks were still trying to pull together debates in their ridings to bring climate change to the forefront of the election.

“It was always one of the few opportunities for folks across my community to see the candidates debating or even just having a conversation about things that matter to them,” he said. “I'm really impressed that the GreenPAC folks were able to bring it together again as quickly as they did.

“It will be a priority for me to continue to advocate for action that follows the science on the climate crisis,” said Morrice.

One debate for Port Moody-Coquitlam and Coquitlam-Port Coquitlam had to be cancelled when the two Liberal candidates, Will Davis and Ron McKinnon pulled out, citing “unforeseen circumstances.” Despite this, organizers from Force of Nature Alliance, a volunteer-run environmental group that spearheaded the organization of the Tri-City debate, took matters into its own hands and sent climate action questionnaires to all the candidates. Only the NDP and Liberal candidates responded to the questionnaire.

Of the 222 candidates who participated in 100 Debates on the Environment, 56 were elected to office. This fall, local organizers will hold those MPs accountable for their climate and environment commitments. #cdnpoli #ClimateCrisis

Van Exan said organizers will also be encouraged to ask their MPs to join the all-party climate caucus.

“It aligns with an aspiration that I and many others hold in terms of working across party lines. I would certainly be supportive of (it),” he said.

As he heads to the House of Commons, Morrice says he doesn’t consider Elizabeth May his only colleague, saying there are “337 other colleagues that I'm looking forward to working with.”

In her term, McPherson said she will “fight tooth and nail” to ensure there’s no coal mining in the eastern slopes of the Rocky Mountains, focus on biodiversity issues like protecting fragile caribou habitat and Wood Buffalo National Park, and push for strong net-zero legislation.

One of Morrice’s goals during his term is to be a “respectful voice” in Ottawa.

“I think it's so important that we turn down the partisanship and have more folks who are going to Ottawa as parliamentarians first and foremost, not as partisans,” he said. “I'm open to a variety of ideas and policies. But the key for me is wanting to be honest about what scientists are telling us is required at a pretty existential time when it comes to taking action on the climate crisis.”

Achieving a 60 per cent emissions reduction by 2030, pursuing energy efficiency retrofits of homes and businesses, facilitating a just transition, ending subsidies for fossil fuels, looking at transportation like high-speed rail, cycling infrastructure and incentives for electric vehicles are all policies Morrice wants to push for.

“My interest is in getting to know other MPs, listening to what they've heard from their community members and neighbours, and looking to find common ground where we can make progress,” said Morrice.

He said people in his riding were keen to see action that aligns with the science on the climate crisis, including high-schoolers who volunteered on his campaign.

“High school students who aren't even eligible to vote yet told me they were joining because for them, what's the point of anything else if there's no safe climate future for them?” he said.

These sentiments held strong in retirement homes. Morrice recounts asking seniors what is most important to them.

“So often I would hear that they want to ensure that their grandkids have a healthy environment to grow up in,” he said.

“It was so consistent across every neighbourhood in my community and that gives me all the more encouragement to continue to be a voice, to be a climate champion for my community, and to work respectfully and across party lines just to make progress because that's what we need now more than ever.”