‘We need everyone to be part of the solution,’ but corporate lobbyists seen as blight on UN biodiversity talks 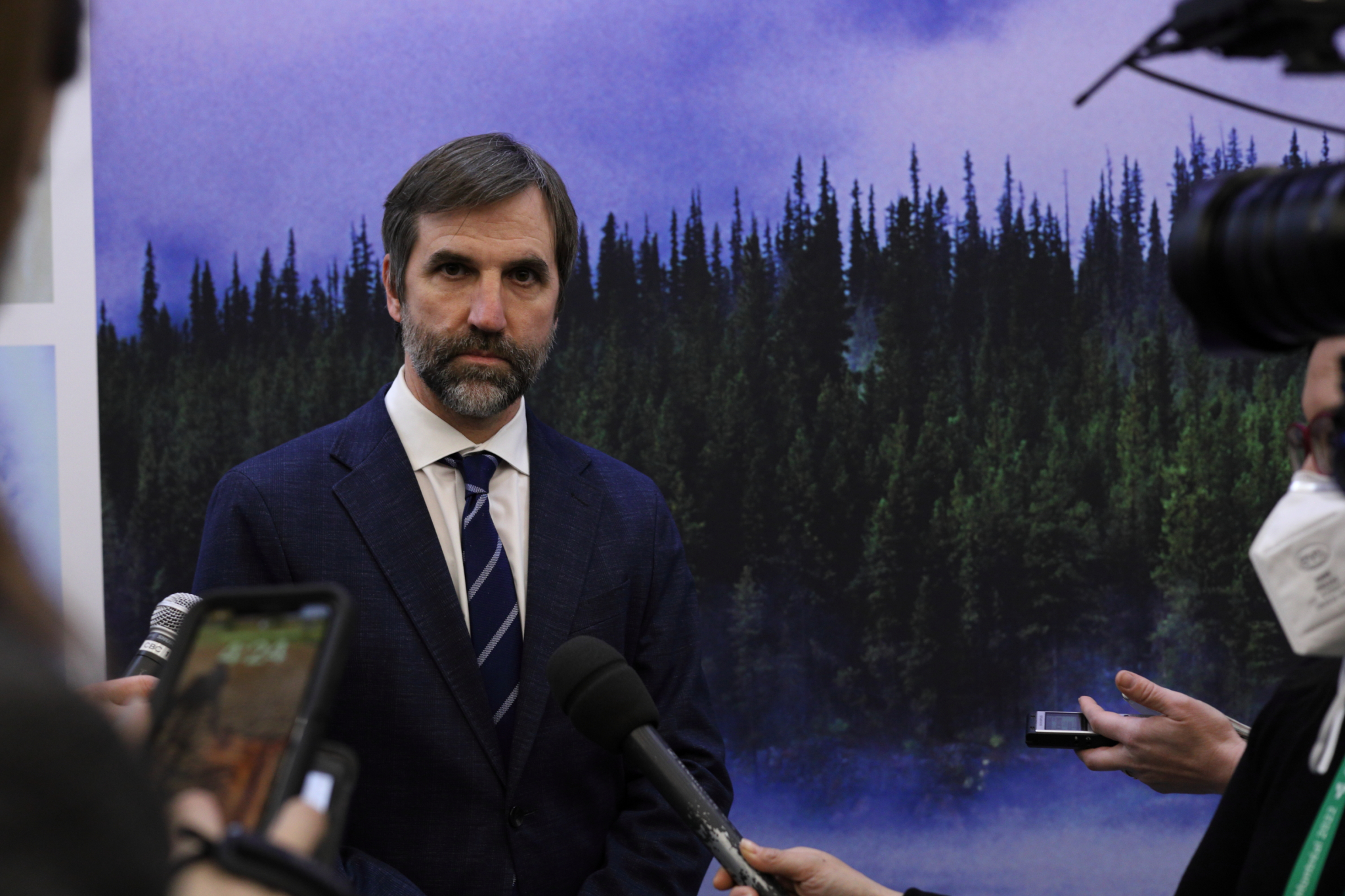 As the United Nations biodiversity conference in Montreal wraps up, Canadian federal politicians are weighing in on the corporate, big-money influence that can shape negotiations.

Using the COP15 participant list, Canada’s National Observer identified several lobby groups present at the conference. Those groups represent scores of companies that are either highly polluting, habitat destroying or both. Among their members are companies like global coal mining giant Glencore, oilsands majors like Suncor and Cenovus and logging companies involved in the razing of old-growth forests like Teal-Jones Group. The bankers that finance these companies are in Montreal by virtue of their membership with organizations like the International Council on Mining and Metals, Ipieca (formerly the International Petroleum Industry Environmental Conservation Association), the Council of Forest Industries and the Canadian Bankers Association.

UN biodiversity conferences have long been captured by corporate influence, according to a report released by Friends of the Earth International ahead of COP15. That report denounced what it calls the conference’s “corporate capture” and found that because the global biodiversity deal being negotiated in Montreal is shooting for a plan to protect nature on the scale of the Paris Agreement, it is important to attend and try to influence negotiations. The report concedes it’s often difficult to draw a straight line between the cause and effect of any particular lobbying effort given the number of corporate, state and civil society actors wrangling a deal of this size.

At the recent UN climate conference in Sharm el-Sheikh, Egypt, the federal government was criticized by civil society groups for including eight fossil fuel lobbyists in its official delegation.

“We need everyone to be part of the solution,” federal Environment Minister Steven Guilbeault told Canada’s National Observer in an interview Dec. 16. The federal government is seeing some companies step up to the plate by, for example, pledging to protect three hectares for every hectare they impact because of their operations, said Guilbeault.

“We need more of these initiatives by private-sector companies,” he said. The focus should be on what’s being done — not who’s in the room, Guilbeault maintained.

“Companies and industry groups will still have to be part of the solution and should be present to provide input and feedback, but governments need to be the ones calling the shots and forcing industry to do what's necessary,” he said.

Expressing a point of view is one thing, but “they can't have influence, particularly outsized influence, on the decisions,” he added. “That would be inherently undermining the whole point and the whole purpose of why we're gathering.”

Corporate interests at COP15 are particularly noticeable when it comes to issues around genetically modified organisms and equal sharing of benefits from pharmaceutical discoveries, said Green Party Leader Elizabeth May.

As the United Nations biodiversity conference in Montreal nears its end, Canadian federal politicians are weighing in on the corporate, big-money influence that can shape negotiations. #COP15

“The pesticide industry — (agrochemical lobby group) CropLife Canada — is here in force, because they don't want to be having people ban glyphosate,” May told Canada’s National Observer in an interview at COP15.

Glyphosate is a herbicide used to kill weeds and deciduous plants in industrial forestry so seedlings can grow without any competition. The widely used, controversial herbicide is a staple of the agriculture industry, but some scientists and citizen groups are raising concerns about its impacts on human health and the environment. It has been banned by the City of Laval and has been or will soon be banned in at least 10 countries, including Mexico and Germany.

CropLife Canada is one of Canada's largest agrochemical lobby groups and has pushed for the Canadian Food Inspection Agency to exempt seed companies from disclosing genetically modified products to consumers. A report recently revealed CropLife Europe tried to undermine ambitious targets to reduce pesticide use, and a CropLife spokesperson told Environmental Defence — a Canadian environmental organization — CropLife does not support the target to reduce pesticide use proposed at COP15.

“It's not as though saving nature has nothing but fans, in the same way that ending our dependency on fossil fuels runs up against some rather substantial billionaire industries, and yeah, they do have influence,” said May.

The federal NDP has long advocated for a wealth tax on individuals and an excess profits tax on companies. “Billionaires and excess wealth have absolutely undermined democracy,” said Singh, noting this occurs at all levels of government, across the world.

Individuals with immense wealth are afforded disproportionate access and influence, often without relevant expertise or proof of concept, which “doesn't help in the ultimate goal of finding solutions to tackle biodiversity or climate change,” said Singh.

At COP15, the only use of the term “billionaire” should be in discussions on how to tax them, said Jonathan Pedneault, who ran with May as co-leader of the Green Party. The pair won their candidacy but must wait for bylaws to change before sharing the leadership title.

The billion-dollar question at COP15 is around ensuring developing countries have the resources to conserve their biodiversity, and the answer should lie with taxing billionaires and billionaire industries that are profiteering from biodiversity and an extractivist capitalist system, said Pedneault.

The net profit of the top 40 global mining companies was approximately US$159 billion in 2021, according to Statista. With most of those profits based in wealthy countries, a small biodiversity tax could help supply developing countries with the money they need to meet ambitious conservation targets, a group called Campaign for Nature pitched at COP15.

Under our economic system, nature has no value until it's dead, said May. “A standing forest has no value. The GDP benefit (is) when it's stacked up as cord wood. Fish swimming in the sea have no value; fish sticks in freezers do.”

Logging, overfishing, pesticides, plastic pollution and the failure to value nature are driving species to extinction right now, she added.

In 1992, decades of overfishing pushed Atlantic Canada's cod stock to the brink. The collapse of the industry put approximately 35,000 fishermen and fish plant workers out of work — the biggest mass layoff in Canadian history.

“That localized biodiversity disaster that visited itself on Newfoundland and Labrador is now at our door as a planet,” said May.

‘The entire world is watching’: Guilbeault, others push for bolder global biodiversity plan as negotiations heat up

We pay attention to this..

We pay attention to this...listen to rational voices like those of Jagmeet Singh and Elizabeth May, tax the billionaires, not give them the task of fixing what they broke......or we're going to witness the rapid decline of life systems all around the planet. It's a kind of insanity to have the very forces that are killing nature....clear cut logging companies, oil and gas lobbyists and mining corporations....tellling us how to fix it, or promising to capitalize the fix they have in mind.
Throw in diversity destroying pesticides and mad scientists coming up with genetically modified crop futures.....and it begins to look like this conference is another form of money laundering. Criminal profits made from the destruction of nature, being used to fund false front pseudo solutions to said destruction.

mary is correct, "It's a kind

mary is correct, "It's a kind of insanity to have the very forces that are killing nature..c...tellling us how to fix it".
Jagmeet has the right idea, "Companies and industry groups ...should be present to provide input and feedback , but governments need to be the once calling the shots..." In other words, the process would be more democratic if corporate interests played a supporting role and did not have seats at the negotiating table.