You already know that Mike De Souza broke a huge story this month—the result of three months investigating the National Energy Board (NEB) and the pipeline company TransCanada.

That's the same company that wants to build Keystone XL down to Texas and they also want to build a monster-sized pipeline across Canada called Energy East.

As you probably know, Energy East is the biggest pipeline ever proposed in Canada. If it gets the federal government’s nod, it will stretch 4,500 km from Alberta to New Brunswick, crossing almost 3,000 tributaries and lakes while it pumps bitumen for export.

When the NEB adjourned the Energy East hearings, they rejected calls for a full inquiry and refused to release relevant documents.

But among those documents we did pry loose, some contained emails with an NEB's panelist's private email address redacted.

If you’ve got a reporter’s nose, it probably just twitched. 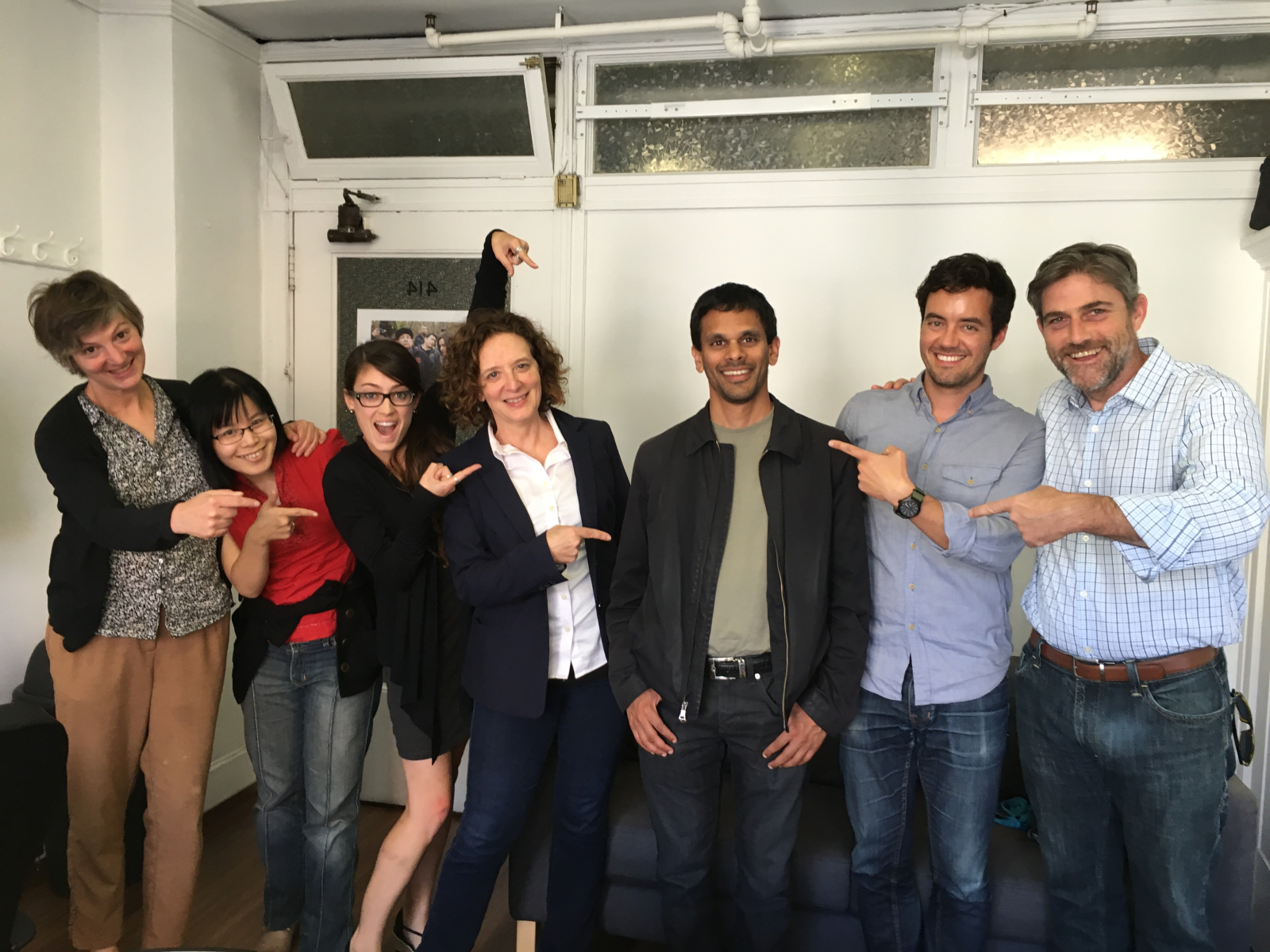 Are NEB panelists using private email to prevent the public from seeing who they talk with?

Since Mike broke the scandal this summer, response has come pouring in from across Canada.

New whistleblowers have emerged, giving Mike tips he needs to investigate, and many concerned readers have asked National Observer for help investigating other corporate and government secrets.

We have the skill and experience to dig into big important stories like this, but our hands are tied because we just don’t have the money to hire enough bodies to do it all. Mike wants to write more about the NEB — about whether private emails were used to hide information — but the financial environment for journalism is grim.

The Toronto Star cut 45 newsroom jobs this summer. Postmedia cut 90 jobs earlier in the year. Local newspapers are shutting down entirely - 20 of them in the last 5 years.

Can you imagine what would happen on projects like Energy East without any investigative journalists holding the powerful to account?

“As journalism goes, so goes democracy” - that line keeps haunting me every time I hear about more layoffs, consolidations, bankruptcies.

I shudder thinking about it. And let me tell you another story that proves the point.

Behind the scenes of a major investigation with Bruce Livesey

I want to tell you how another one of our most recent investigative bombshells came together. And — full disclosure here — you’ll see how endangered this kind of investigative journalism has become and why it’s so important that you support it.

Shameless self promotion alert: "You’ll also see why National Observer was just nominated for 'Best News Site' in Canada, alongside CBC, Toronto Star and CTV, newsrooms with budgets thousands of times larger than ours!!!"

Let me start by admitting I was shaken when I got a letter from a major Bay Street law firm in March 2016. It was sent by media lawyers representing the fourth wealthiest family in Canada, and they didn’t like what we were doing.

Our lead investigative reporter, Bruce Livesey, was digging into New Brunswick's Irving family — a group of billionaires who threw their weight around to make it hard for him. 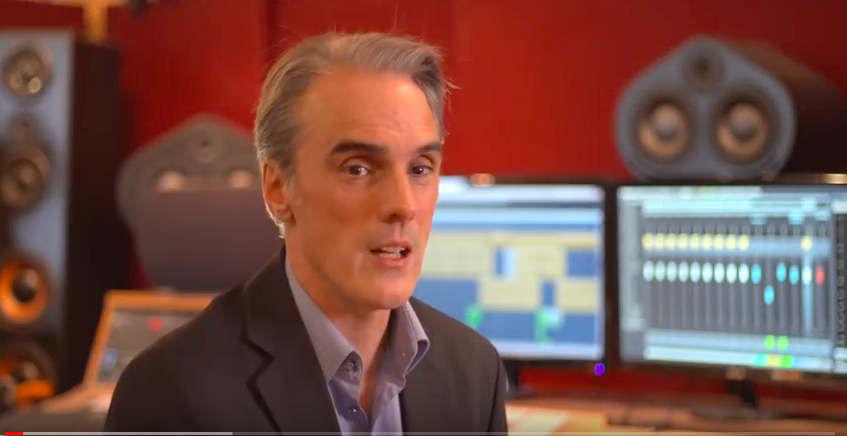 You may have heard of the Irvings. They have a major impact on our country, with extensive interests in oil and timber. They control much of the economy of New Brunswick and own almost all of the English media in the province. That means information which is critical of their business practices rarely sees the light of day.

Were we a bit intimidated? Absolutely. But more importantly, we knew we were doing the right thing.

"Our clients reserve all legal rights in respect of the original and any future publication," read the Bay Street letter.

It would be the first of many to come, with an urgent tone of warning: drop the whole series and refrain from publishing any more about the Irvings.

I've never disclosed that to readers before. We were biting our fingernails. It was stressful, and the legal letters that came in the following weeks all questioned the integrity of National Observer, as well as our reporter, Bruce Livesey. They were building a case, dissecting our questions, implying that legal action would be forthcoming.

So we braced ourselves and moved ahead. We had to, because the way I see it, dropping the series was not an option:

As the series rolled out, we continued to hear from the Irvings' lawyers.

It was exhausting, but we were also in communication with many of you, our readers.

Some of you live right in New Brunswick — and your emails and tweets filled us with encouragement.

Many of you thanked us for providing information you weren't able to get at home, because the Irvings own virtually all the provincial media.

"The National Observer is a publication I am willing to support by getting a subscription. Finally a series that proves to be great about NB's oligarchs. So desperately needed."

"I subscribe to @NatObserver and it's the BEST money you will spend on authentic engagement and news reporting!"

"Sharing this story. NB'ers are afraid to speak out. Thanks for telling some of this story National Observer."

The feedback meant the world to us, but that didn't stop me from worrying about the fate of my publication while facing off against some of the country's most powerful moneymakers. Bruce has been an investigative reporter for decades, so he’s used to this, and although I've been threatened by powerful people before, I lost some sleep over this.

As a mother with three kids under my roof, I also have to be up at the crack of dawn whether or not I’m stressing over a possible lawsuit from some of the most elite members of Canada's 'one per cent.'

It literally can't happen without you

Let's hang on to the idea of 'the one per cent,' for a moment longer. Most of you are familiar with the term, coined during Occupy Wall Street to describe the top one per cent of wealthy people, and the growing gap between them and the rest of us — the 99 per cent.

For the last six years I’ve spent thousands of hours trying to solve a very difficult problem: weekends creating spread sheets, running numbers, counting how many of you read National Observer, and trying to guess how many of you would see it as a critical public service.

I’ve run these numbers many times and by my calculations, if only one per cent of you champion our reporting, National Observer can spread its wings. You can be part of the remaking of journalism in Canada.

I'd like to ask you to become part of our one per cent — the one per cent with the vision and integrity to support the public institutions, like journalism, that support Canadian democracy. I'm asking you to support National Observer, and our team that works around the clock to bring you the stories you deserve.

Because, it literally won't happen and can't happen without you. And, that's why National Observer is launching a subscription drive today with the goal of welcoming 1,000 new subscribers in the next 30 days. I believe the future depends on you. And us. And all of us.

Whatever we accomplish over the next few months, saving a life, changing a law, protecting a river, that will only be because you participated this month.

I’ll be honest with you. THIS. IS. SCARY.

National Observer will live or die by this subscription model.

If it fails, no one would ever see the stories Mike, and our other reporters, are working on from 6 a.m. to midnight, just for you. There are at least 10 other stories like The Charest Affair that Mike has brewing and he has told me himself: "I know where all the bodies are buried." It may be a slight exaggeration, but I promise you, some of his stories really are about life-threatening situations.

That's why I'm taking the time to write. I need your help.

I’ll level with you - recently, I had to make painful decisions to cut back our team. I’m not embarrassed to say that I spent a considerable amount of time weeping about this. But I had to do it because I didn’t have enough money to pay everyone.

I’m telling you this because I want to be honest about what’s at stake - we almost didn’t survive to see the impact of Mike’s investigation.

We've spent tens of thousands of dollars this year alone supporting Bruce and Mike's investigative series on the Irvings and the National Energy Board. We've torn out our hair trying to crunch the numbers that keep our operation sustainable, but during those months, we brought in maybe $700 from banner ads. No, I didn’t drop a zero there — we literally brought in just $700 (Facebook algorithms and Google ads have pretty much eliminated ad revenue for news companies. Sigh).

But get this: 2,000 of you have donated to the Kickstarter campaigns I've been running the last couple of years to support our reporting. Those of you who donated are the main reason our reporting has been possible. We don’t print supplements promoting the oil industry, like Postmedia; we only exist as a result of reader donations, funded reports, subscriptions or investments.

If you help me sign on 1,000 new subscribers in the next 30 days, you can ensure that Mike will have the team he needs to do more award-winning investigative journalism, Bruce will go on to do much more great work for us, and National Observer's team will continue to protect your interests and get you the information you need.

I’ll keep you posted as the subscription drive goes on.

Every dollar counts, and even if you can't subscribe right now, please consider donating. Or gifting a subscription to your friend.

Sign up your office or organization — just ask me about our deeply discounted NGO rates and special deals for all group subscriptions.

If you can't afford our individual subscription rate, don't worry. Just contact us and we'll work it out with you. We want you IN. Please be a part of this.

And I really hope you’ll share your ideas, I love hearing from you and appreciate your thoughts and feedback.

I may not be able to answer right away due to the pressures of my job. But I want to and I'll do my best.

To those of you who already have already supported us in so many ways over the last year-and-a-half, thank you so much.

With your backing, I hope we will reach our target of 1,000 new subscribers in the next 30 days. I'll keep you posted on how that's going.