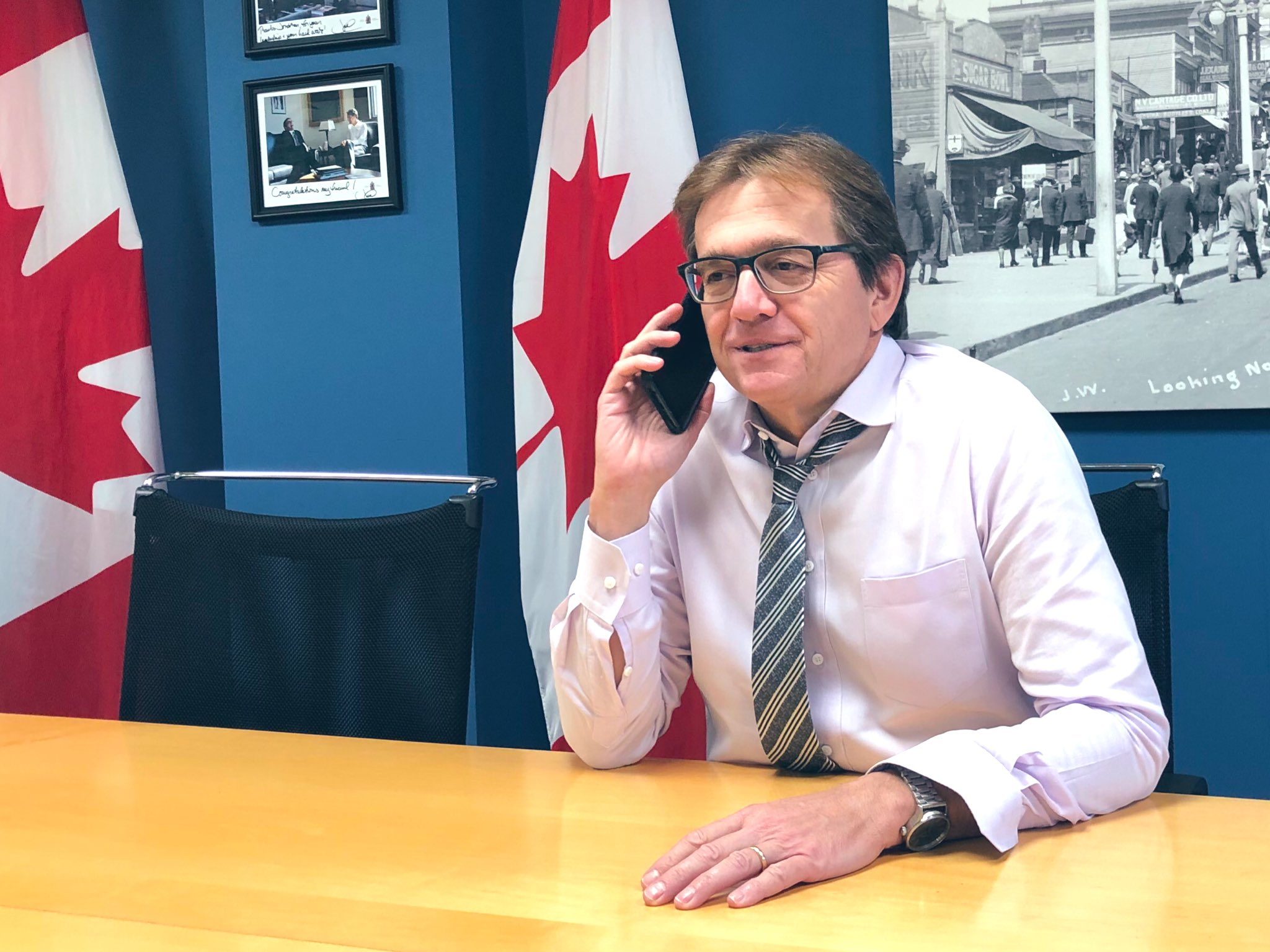 The minister made the remarks during an event with Climate Action Network Canada as world leaders prepare to gather virtually on Dec. 12 for the Climate Ambition Summit marking the fifth anniversary of the Paris Agreement.

The summit, hosted by the United Nations, the United Kingdom and France, in partnership with Chile and Italy, bills itself as an event where countries will step up to make “new commitments to tackle climate change.” Canada is listed as a confirmed speaker.

It is taking place as the costs of climate change are soaring in Canada, and as the global scientific community urges the planet to cut back severely on the production of fossil fuels like coal, oil and natural gas that heat up the atmosphere in order to avoid the more extreme consequences of the climate crisis.

The U.K. is already signalling it will ratchet up its climate target, moving to cut its carbon pollution 68 per cent from 1990 levels by 2030, and net-zero emissions by 2050.

Meanwhile, Canada is facing some international criticism for a lack of ambition. Writing in the Hill Times on Dec. 9, former UN secretary-general Ban Ki-moon urged Canada to “demonstrate greater leadership in the collective effort to tackle climate change.”

“The world is crying out for bold and responsible leadership to tackle both the pandemic and broader existential threats such as the climate crisis,” Ban wrote.

“Canada can, and should, increase its support to meet its fair share of the US$100-billion in climate finance, and reaffirm its intention to deliver a much more ambitious 2030 emissions reduction target ahead of the COP26 summit next year in Glasgow.”

On Thursday, in conversation with the minister, Climate Action Network Canada executive director Catherine Abreu pointed out that while the low-carbon economy has grown in Canada in recent years, federal and provincial governments continue to invest heavily in fossil fuels.

Canada must “look at industrial emissions and how we can actually help our Canadian companies to be competitive in a low-carbon world,” Climate Change Minister Jonathan Wilkinson said Thursday. #cdnpoli

“To what extent can we anticipate that part of your planning to exceed (the 2030 target) will be an industrial strategy that helps us grow the clean economy that we know we need for prosperity and jobs in the future as we move away from those fossil fuel investments?” asked Abreu.

“I think it absolutely has to be,” Wilkinson replied. He said Canada was “blessed with many things” that “put us in a very advantageous position.”

Canada has an abundance of minerals that can be used to produce batteries for electric vehicles, he said, as well as the manufacturing capacity to assemble the cars and the technology to establish recharging infrastructure.

No country, he added, was better placed to “actually be developing a supply chain with respect to low-carbon, energy-efficient building products.”

“I think what you will see when we release the updated climate plan is a document that is focused very much on industrial policy, that is really about building a low-carbon economy, at the same time that we are very focused on reducing greenhouse gas emissions,” said Wilkinson.

The climate summit on Dec. 12 will feature speeches from Apple chief executive officer Tim Cook, UN Secretary-General António Guterres and others, with countries turning towards planning for COP26 in Glasgow in 2021.

Abreu told Canada’s National Observer the global community is calling on Ottawa to deliver a “much more ambitious package of climate action at home and increased support abroad,” as Ban made clear in his op-ed.

“To make the cut for Saturday’s summit, the Canadian government is going to have to offer a transformative vision for a climate-safe recovery from COVID-19, the scale of which has not yet been seen in this country, but is being modelled by other countries that are serious about tackling the climate crisis,” said Abreu.

In his remarks, Wilkinson mentioned the importance of addressing international climate finance, “helping developing countries to adapt” and cut their carbon pollution, but also “adapting to some of the effects of climate change that, by and large, the industrial world has caused.”

Wilkinson also said Canada’s “enhanced climate plan” would have to “target all major sources of emissions in this country,” putting in place net-zero building codes, encouraging zero-emission vehicles and public transit and cutting pollution from waste and industrial activity.

Canada must “look at industrial emissions and how we can actually help our Canadian companies to be competitive in a low-carbon world,” he said. “They need to make investments about how they’re actually going to use low-carbon processes to produce products that people would want.”

This is an extremely

This is an extremely disappointing article, reflecting little evidence that informed scientific sources were consulted. I'm not a climate scientist, but I have been following the climate science research and literature closely for the past ten years, and have collected on my website -- Citizen Action Monitor -- a selection of many of the best studies and articles. Of the almost 2,700 pieces I have posted so far, 217 are categorized as "climate change - red flag warning." I rarely, if ever, have seen on the National Observer's website any of the climate science experts that are featured on my website. Why is this?

As for my disappointment in Meyer's article, here are just a few excerpts that raised more questions than they answered. Pardon my cynicism --
+ Opening reference to “Canada’s updated climate plan” – Not another plan? How many “plans” has the Liberal Government put forward since 2015 – I’ve lost track – Is anyone counting?
+ “Climate Ambition Summit” – a venue for more empty promises? Another UN-sponsored event where “countries will step up to make “new commitments to tackle climate change.” – Were commitments from any of the previous summits met?
+ “global scientific community urges the planet to cut back severely on the production of fossil fuels” – For how many years now has the scientific community been urging severe cut backs? And why do experts insist that fossil fuels must continue to be part of the energy mix for now?
+ Net zero emissions by 2050 will be way too late – And just what does “net zero” really mean? As one source recently pointed out, it turns out that not all “net zeroes” are created equal, and some are “greenwashing” with loopholes big enough t let cheaters to slip through.
+ Catherine Abreu talks about “the clean economy” and need for “prosperity and jobs” – but just what is a “clean economy”? Is she implying that that prosperous green growth is compatible with environmental sustainability? But where’s her empirical evidence? In fact, there has never been a proven case of absolute decoupling of economic growth and environmental protection.