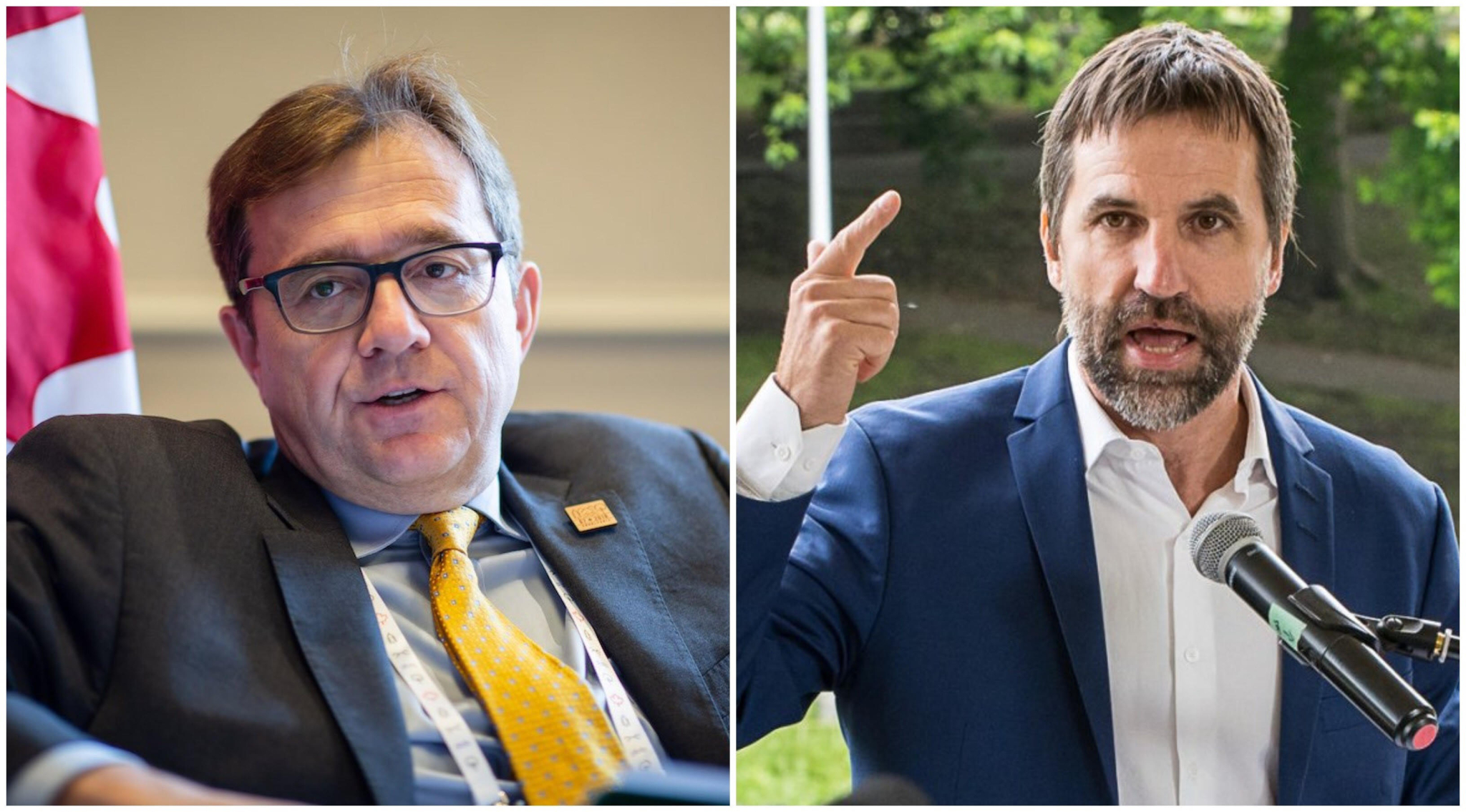 Justin Trudeau’s new cabinet signals strong support for climate policy but may not be well-received in Alberta, says a political science professor.

These appointments signal environment and climate change are top priorities for the federal government, and “there will not be huge attention to the kinds of regional and industry-related concerns that Alberta has been putting forward,” says Lisa Young, a professor of political science at the University of Calgary.

“Seeing that natural resources portfolio go to someone who's moved from the environment (post), somebody who's not from Western Canada, I think sends a signal,” she said.

While Wilkinson’s appointment doesn’t signal support for “traditional oil and gas industry in Alberta,” Young says it does indicate support for an energy transition.

“It's not going to be seen as being conciliatory toward Alberta or the government of Alberta, but that doesn't mean that it's not in Alberta's best interest,” she said.

After 30 years of fighting climate change outside of government, I am humbled and I am honoured to be given the opportunity to accelerate our fight against climate change as Canada’s new Minister of Environment and Climate Change. pic.twitter.com/vU6zSSdgcK

Guilbeault’s reception in his new role could prove similar to the abusive reaction Catherine McKenna received when she was appointed environment minister in 2015, Young said.

Because of Guilbeault’s dedication to the climate file both inside and outside of politics and his roots in Quebec, she anticipates conservative circles in Alberta may not take kindly to his appointment.

“We're certainly in a situation where Quebec commitments around climate change and environmental action are seen as antithetical to Alberta's interests in some respects, so you'll see a reaction based on that,” said Young.

Guilbeault was a founding member of Équiterre, a prominent Quebec conservation group, and was involved with the Greenpeace Quebec chapter for 10 years.

According to Colleen Thorpe, executive director of Équiterre, Guilbeault “is very knowledgeable on all of the environmental issues,” particularly the files related to fossil fuel development and transportation. She says his ability to deal with complex issues and “rally people who have different opinions” will serve him well in trying to bring about the “profound changes” necessary to address climate change.

“The bar is high for change, and we're counting on him to meet the bar,” said Thorpe.

Thorpe notes that Équiterre will continue to demand “important climate action” from the government to address the crisis.

A poll commissioned by the Pembina Institute from earlier this year found two-thirds of Albertans support reaching net-zero emissions by 2050, indicating an appetite for climate action.

If the Alberta government wants to respond to the demand indicated by this poll, then the new environment minister and natural resources minister will be partners in achieving that, said Isabelle Turcotte, director of federal policy at the Pembina Institute.

Turcotte said, to her, these new appointments signal the federal government means business when it comes to tackling emissions from the oil and gas and transportation sectors.

“We know that these two sectors over the last decade, since 2005 — our baseline year for our 2030 target under Paris — these emissions have increased significantly, and they've offset the progress we've made in other sectors,” she said. “If we do not reverse this trend, Canada does not stand a chance of changing its narrative on climate and really being seen as a leader.”

To advance the federal government’s promises to ensure the oil and gas sector reaches net-zero emissions by 2050, achieve 100 per cent electric vehicle sales by 2035, and progress on other pledges, a pan-governmental approach will be necessary, said Sabaa Khan, director for the climate solutions portfolio at the David Suzuki Foundation.

“Climate change (and) biodiversity loss (are) not issues that remain within the environmental portfolio, they cut across all government departments,” said Khan. “So I think it is a positive sign that we're seeing the appointment of individuals (who) have that expertise and … can hopefully influence the other departments.”

It’s been an honour to be at the heart of developing Canada’s strengthened climate plan and other transformational climate policies in Canada. I am honoured to be taking on the challenge and opportunity of implementing those policies as Canada’s new Minister of Natural Resources. pic.twitter.com/FXqyfMXqof

Wilkinson has signalled support for hydrogen and carbon capture technology, both of which have raised concerns from environmentalists for their potential to prop up the oil and gas industry.

Turcotte said that while she hears a lot about blue hydrogen investments, there is significantly less buzz about investments in green hydrogen.

“It's important for a candidate to ramp up green hydrogen because, in the long run, that is the climate solution,” said Turcotte, noting it’s not a panacea but will play a role where other zero-carbon solutions aren’t practical.

The recently released United Nations Production Gap Report found Canada is planning to increase oil and gas production by nearly 20 per cent from 2019 to 2040 under the Canada Energy Regulator’s latest scenario.

This projected increase in oil and gas production deserves more attention than debates over hydrogen and CCS, Khan said.

“I think that what we have to really emphasize right now and get those ministers to focus on is the fact that we need to have an absolute reduction in production. And right now, Canada's trajectory is not pointing to that.”

She says Wilkinson can have a big impact when it comes to advancing just transition legislation with a climate lens to create a future climate-safe economy.

The appointments of Guilbeault and Wilkinson are welcome news for Nature Canada, a national conservation charity.

“The science is really showing us that we either solve the climate and nature crisis together or we solve neither,” said Gauri Sreenivasan, policy and campaigns director at Nature Canada.

She said Guilbeault’s task will be putting a credible plan in place to reverse species loss that works with Canada’s climate plan.

As well as overseeing the energy transition, Wilkinson will be tasked with questions of how Canada manages its forests and minerals, said Sreenivasan. She hopes to see increased transparency on the federal government’s two-billion trees program, particularly a commitment to permanent forest growth, which she said, “has not been clear to date.”

In an emailed statement to Canada's National Observer, Guilbeault said he is "humbled" and "honoured" for the "opportunity to accelerate our fight against climate change" in his new role.

"Canadians gave us a clear mandate to go further and faster on climate action, job creation, and nature protection," his statement reads. "My priority is to work with Canadians in all parts of the country and all sectors of the economy to get the job done. My first trip as minister of environment and climate change will be to Glasgow for #COP26, where I’ll be pushing for climate ambition around the world with — and on behalf — of Canadians."

‘Natural infrastructure’ could save billions a year in climate response

Well, at least we don't have

Well, at least we don't have to listen anymore to former Natural Resources Minister Seamus O'Regan's fatuous cheerleading for fossil fuels and SMRs.
The new Minister of Fossil Fuel Blather is Jonathan Wilkinson. As former Environment Minister, he split hairs on fossil fuel subsidies and insisted with a straight face that expanding fossil fuel production and markets is key to Canada's energy transition:
"…orphan well cleanup and the wage subsidy that was provided during the COVID pandemic as fossil fuel subsidies. Those aren't fossil fuel subsidies."

On the day the latest IPCC report came out, Wilkinson "reaffirmed Canada's commitment to phasing out fossil fuels and achieving net zero carbon emissions by 2050, but said achieving that target will require money generated by fossil fuels."
One might suppose that new Natural Resources Minister Wilkinson is switching sides; but he freely advocated for the fossil fuel industry as Environment Minister.
*
I am looking forward to watching former environmentalist Steven Guilbeault squirm as he justifies new pipelines and defends Canada's pathetic climate record.

In an open letter, Quebec environmentalists denounced the Liberal MP. Apparently, Guilbeault has made many controversial compromises in recent years.
"On projects as sensitive and critical for the climate as the thermal power plant of the Suroît, shale gas exploitation in Quebec, the port of Rabaska and more recently the cement plant in Port-Daniel, Steven Guilbeault's positions have systematically contradicted, thwarted and sometimes even sabotaged hard efforts and patient struggles…"
"Rupture définitive de Steven Guilbeault avec le mouvement écologiste" (2019/10/16)
• http://lautjournal.info/20191016/rupture-definitive-de-steven-guilbeault...
*
"And, between Trudeau’s 2017 speech promoting tar sands expansion to fossil fuel CEOs in Houston, Jonathan Wilkinson’s social media looking like a Shell advertising campaign, or Seamus O’Regan forming a secret committee with Big Oil during the pandemic, this lobbying seems to have an effect. With this, it’s fair to be worried that Trudeau and his cabinet are already drinking the fossil fuel Kool-Aid when it comes to the timeline for a transition."
"Don’t ‘bothsides’ the just transition"
https://www.nationalobserver.com/2021/10/15/opinion/dont-bothsides-just-...

It's odd . . . we have this huge, seemingly insurmountable struggle to stop the tar sands oil production and the natural gas fracking. And it's like, the political power of the companies involved seems unstoppable--for instance, I have no faith in these new Liberal cabinet ministers and their intentions or abilities to get anything very useful done.
And yet, I suspect in the next 10-15 years that issue is just going to go away, particularly on the oil side. Electric cars, and hopefully investments in transit, are unstoppable at this point. The vehicles are there, the mandates are coming in, the prices continue to come down and the range continues to go up. It's a sign of the times when Ford is making its signature big-selling pickup truck available in an electric version. So what happens when everyone starts driving electric cars? Demand goes through the floor, and nobody's gonna want Alberta's tar any more. The patch will dry up amid desperate begging for subsidies. Last oil producers standing will be people like the Saudis or Iran whose oil is mega-cheap to extract.

The natural gas side is more complex. Electric heating like with heat pumps is just starting to get really noticed and governments are just starting to push it, so it's hard to say how fast that transition will go. And while renewable electricity will continue to grow, faster and faster because the economics are just too compelling and keep getting more lopsided, as more stuff like cars and heating and industry, gets electrified, demand for electricity will be growing. For a while it might grow so fast that it outpaces the growth in renewable supply, so utilities could continue to rely on natural gas for the rest for some time; growth in natural gas for electric power could even offset the shrinkage in natural gas for heating. But in time that will peak and renewables will take over.

Ultimately, loss of demand will kill oil and gas extraction.

Well said. I especially like the fact you are looking forward to personal, local, regional and national climate action on the ground and nor spending too much time moaning about government inaction. Promoting fossil fuel replacement and demand destruction at the consumer level is well under way, but it needs more thrust and encouragement through electrification grants and subsidies.

I have more hope in cities than I do in senior governments, with a few notable policy exceptions.

Waiting For Trudeau. That's not a very efficacious way to devote one's time. It's like waiting for a pay raise long after the initial request to a miserly boss, only to receive 20% of what is reasonably expected. Looking for another job (i.e. better decarbonization benefits, changing one's consumer habits toward clean electricity, not supporting organizations that fight climate by flying to overseas conferences ...) may be the best personal action one can take.