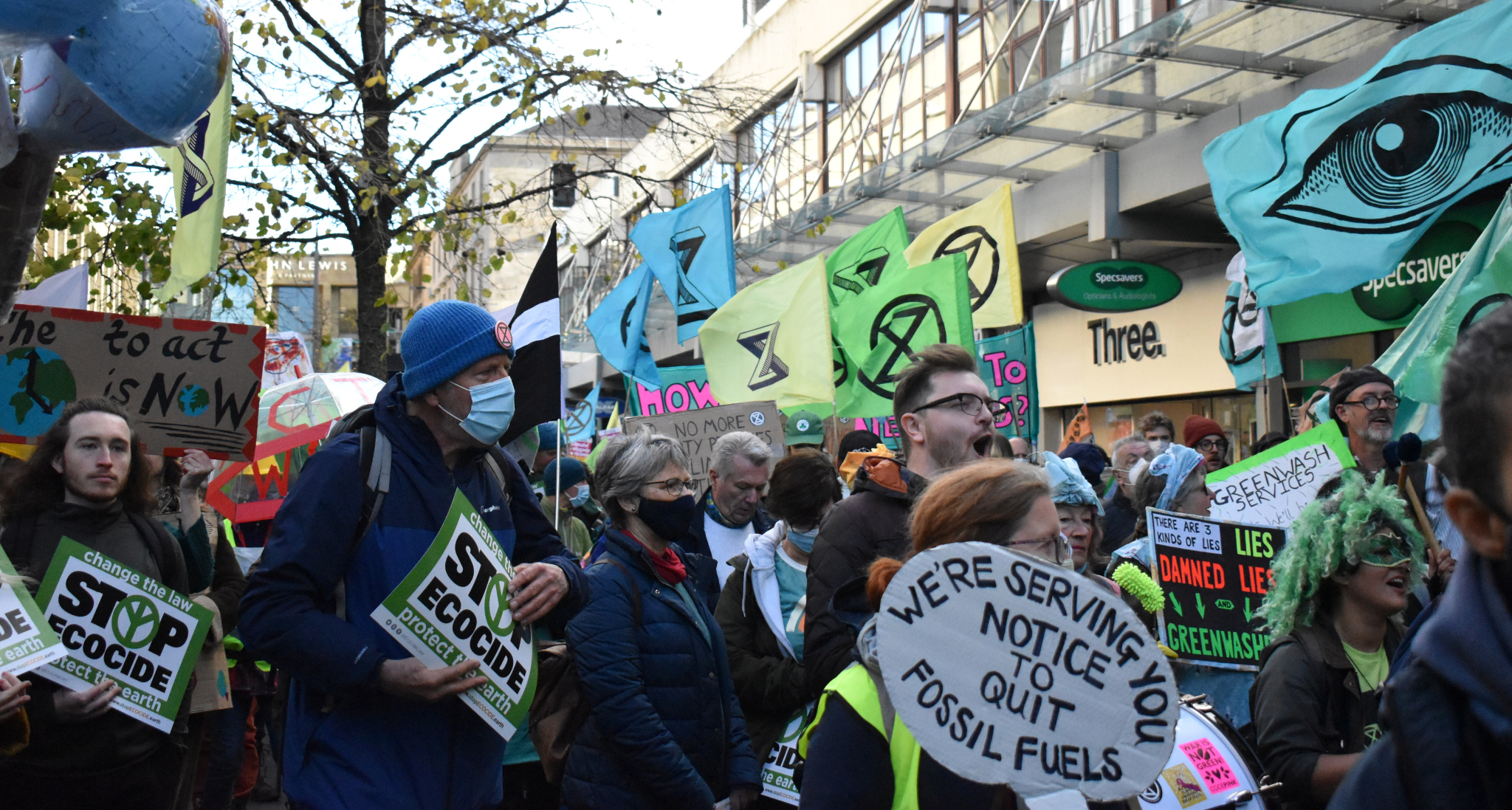 Media outlets can use the anger and concern that dominated COP26 as a blueprint for their climate coverage in 2022, writes David McKie. Photo by Nora Legrand
Previous story

Media outlets typically publish year-enders to remind their audiences about significant events that occurred earlier in the year at risk of being forgotten, ignored or simply taken for granted. So it might seem odd to categorize COP26 as a year-end story when the conference only occurred in November.

However, given the magnitude of COP26, and the existential climate crisis the conference attempted to address, it’s important for media outlets such as Canada’s National Observer, which had extensive coverage, to begin thinking about what we learned and how we can use the event as a blueprint for climate coverage in 2022.

COP26 was the subject of a recent live talk sponsored by Covering Climate Now about lessons learned from the much-anticipated UN conference. Panellist Alex Thomson, chief correspondent for Channel 4 News, characterized the potential impact of financial promises made during the conference’s first week as “the biggest realignment of industrial capital globally since James Watt invented the steam engine, and journalism.”

But during his presentation, Thomson went further, suggesting media outlets risk missing the global money story in 2022 if we neglect to expand our coverage beyond stories about debates over fossil fuel investments and subsidies.

Thomson’s warning must resonate. We must get better at following the money, in large part by asking basic questions. Where are financial commitments coming from? Who is making them? Are they following up on their promises? Who is really benefiting? What demands are investors making? Who is listening to them?

In addition to following the money, it will be important for media outlets to demand accountability, just like the Washington Post did in its excellent interactive story about countries underreporting their emissions reductions.

But coverage doesn’t have to be an extensive, data-driven exposé. For instance, we can routinely ask the people we cover — everyone from climate activists, to politicians to academics — to prove their claims.

To the activist demanding immediate fossil fuel divestment: What would the immediate consequences be for the industrial sectors — the steel and cement plants that were part of National Observer’s dirtiest emitter coverage — that depend on those sources of energy and the workers who need the paycheques to support their families?

To governments making pledges: What concrete steps will you take to fulfil your net-zero promises?

To financial institutions such as Canada’s Big Six banks and Big Eight pension funds promoting their divestment initiatives: How quickly will you pull the plug? What are your plans for investing in cleaner sources of energy? How much detail will you provide in your financial statements to allow investors to make smarter choices?

Questions must also target solutions. What can be learned from sectors — in Canada and beyond — successfully transitioning their workers from fossil fuels to clean energy? How can alternative forms of energy such as solar, wind and hydrogen be efficiently harnessed, stored and distributed?

This is the kind of coverage Covering Climate Now stressed during the sessions it hosted in 2021 for member media outlets such as Canada’s National Observer.

I recently interviewed Covering Climate Now executive director, author and The Nation’s environmental correspondent Mark Hertsgaard about COP26 and how journalists can use the conference to drive their 2022 climate coverage.

Opinion: Media outlets can use the anger and concern that dominated COP26 as a blueprint for their climate coverage in 2022. #climatechange #ClimateCrisis #COP26 #ParisAgreement

Here’s an edited version of that conversation.