On climate change, Canada’s pension sector must demonstrate that both values and value matter 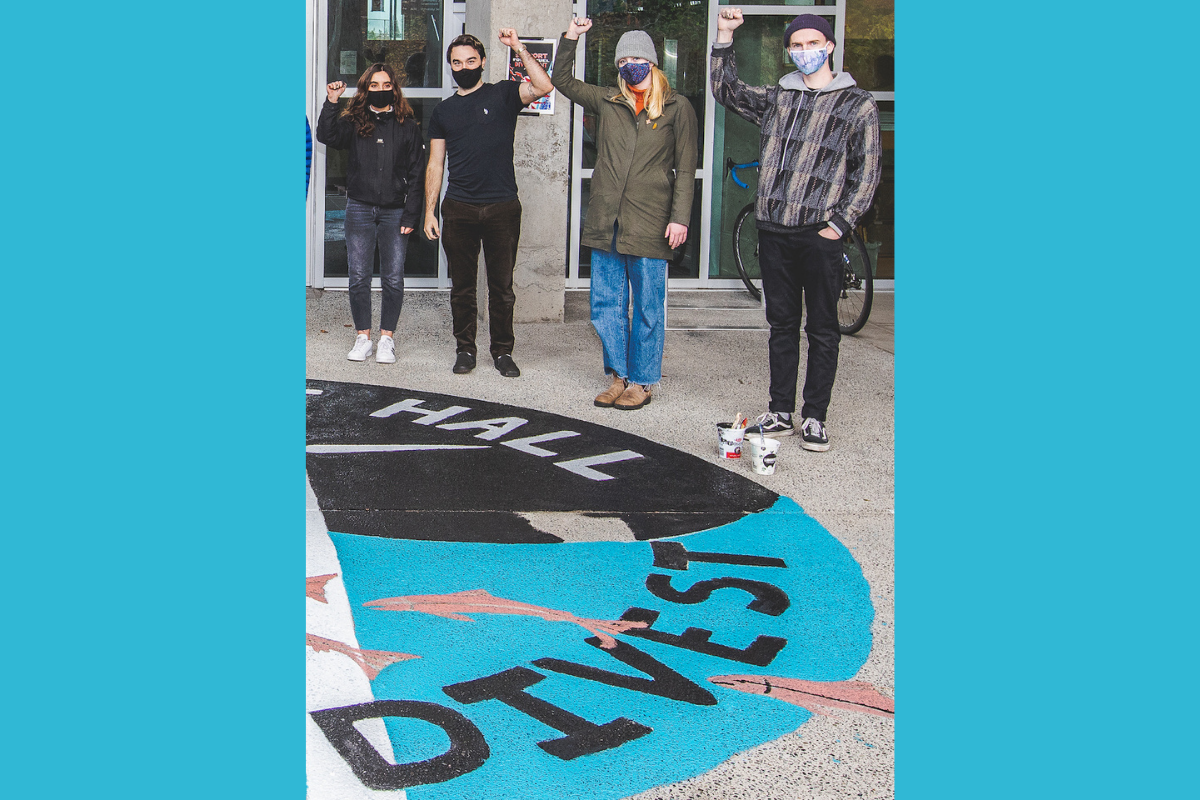 Given that last week pension funds and other asset managers in Canada and around the world rapidly dumped their Russian holdings, we know that finance can act swiftly according to ethical criteria. Photo by Colin Smith / Divest UVic
Previous story

Last week, the Canadian financial sector’s response to Russia’s war of aggression in Ukraine was swift. Companies and asset managers moved rapidly to dump their Russian holdings. Meanwhile, the war in Ukraine overshadowed grim news on the climate front. The International Panel on Climate Change (IPCC) warned that the extent and magnitude of climate impacts are even larger than estimated. Once again, the IPCC highlighted it is past time for financial institutions to stop financing fossil fuel expansion.

Despite the Russian case showing the financial sector can act quickly, we’ve yet to see commensurate action with respect to the climate crisis. This is why it’s more important than ever that Canada’s pension sector develop an industry-leading approach to responsible investing that aligns our retirement savings with both a safe climate future and the values of Canada’s leading institutions. This means investing in a just economy through a comprehensive climate strategy that excludes destructive fossil fuels and aligns our pension portfolio with the goal of limiting global temperature increase to 1.5 C.

Time is short. The IPCC warns of global catastrophe if urgent, transformative action is not taken this decade. Its report clearly indicates that the places where people live and work may cease to exist if the world fails to cut emissions in half by 2030. The UN secretary general called it an “atlas of human suffering and a damning indictment of failed climate leadership,” with nearly half of humanity highly vulnerable to the impacts of climate change as the brief window for action closes.

Given that last week pension funds and other asset managers in Canada and around the world rapidly dumped their Russian holdings (including fossil fuel assets), we know that finance can act swiftly according to ethical criteria. Alberta’s pension manager described its decision to divest as “both values- and value-driven.”

This response, however, is in stark contrast to their approach to the climate crisis. If it’s possible for investors to divest from Russian holdings to uphold our “values,” then it’s also possible for them to divest from the industries that are threatening the life of the entire planet, namely fossil fuels.

In the case of the Russian invasion, no one appears to be arguing that divestment is an inappropriate response or dismissing it as purely symbolic politics, as we are frequently told in the case of fossil fuels. And we have yet to see anyone argue that investors should try to “engage” with Russian firms to shift the position of the Russian state, rather than divest. Yet we are repeatedly fed this line when it comes to fossil fuel divestment to address climate change, despite clear evidence that engagement doesn’t work on companies whose core business involves exploring for, extracting, refining and transporting oil, gas and coal.

Some have argued that fiduciary duty remains core to understanding the different responses because “the moral case and the investment case align to point in the direction of divestment” when it comes to Russia, but not when it comes to confronting the climate crisis. This argument doesn’t hold up to scrutiny. Over 1,500 finance institutions around the world, representing over US$40 trillion in assets, have already committed to some level of fossil fuel exclusion. A recent analysis showed that excluding fossil fuels from Canadian pension portfolios results in superior returns. On the contrary, from a financial perspective, “it’s a lousy moment to sell Russian holdings at rock-bottom valuations.”

These questions are coming to a head as Ontario’s University Pension Plan (UPP) holds a feedback period on responsible investing. The UPP is the new $10.5-billion pension fund for faculty and staff from Queen’s University, the University of Guelph (U of G) and the University of Toronto (U of T). Trent University joined in January. The new fund is consolidating university pension assets under one portfolio, and plan members now have a crucial opportunity to help inform its investing strategy. This week, the UPP launched a responsible investment engagement process for beneficiaries from all four universities. They also announced an exclusion on Russian investments.

Despite strong moral and financial evidence in favour of excluding fossil fuel investments, we are still waiting for a credible climate strategy and exclusion policy from the UPP. Plan members from all universities have repeatedly expressed their expectations for a climate-safe pension portfolio. In consultation sessions hosted by the UPP last year, an overwhelming majority of participating beneficiaries asked the UPP to develop a robust climate policy and exclude fossil fuels from our pension portfolio.

In November, 100 faculty and staff from Queen’s, U of G and U of T signed a letter outlining a detailed approach. In two responsible investing consultation sessions held by the UPP earlier this week, calls for fossil fuel divestment from plan members again dominated the discussion. Both U of G and U of T have already committed to divest from fossil fuel companies in their endowment portfolios. The UPP must honour those commitments and do the same with our pension portfolio.

The UPP must develop a credible plan with interim targets to decarbonize our pension portfolio by 2040, phase out current fossil fuel investments, implement a negative screen on new fossil fuels, increase allocations to renewable energy and climate solutions, and establish a robust engagement program that requires companies to align their business model with the goals of the Paris Agreement.

We invite faculty and staff from all four UPP universities to join us and implore the UPP to listen and follow through. It’s time for the UPP to prove that values in finance really do matter when it comes to preventing a catastrophic climate crisis on our planet.

Paul Downes is a professor of English and American literature in the Department of English at the University of Toronto.

Andrea Paras is an associate professor of political science at the University of Guelph.

Stephanie Rutherford is an associate professor in the Trent School of the Environment.

Kyla Tienhaara is the Canada Research Chair in Economy and Environment and assistant professor in the School of Environmental Studies and Department of Global Development Studies at Queen’s University.