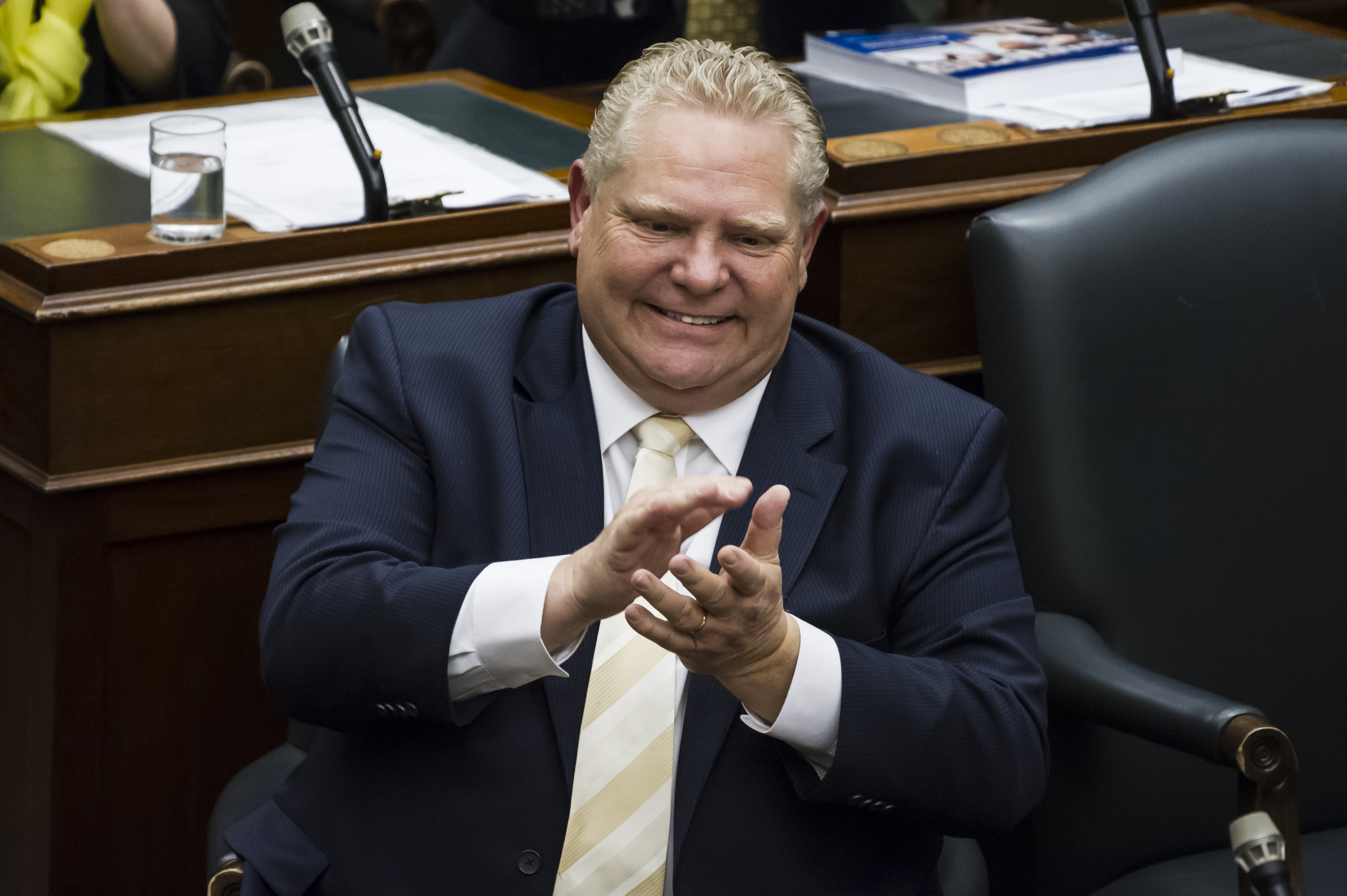 After four years at Queen’s Park, Premier Doug Ford’s Progressive Conservatives are vying to hold on to their majority, issuing a litany of campaign-style announcements in recent months on mining, transportation, manufacturing, health care — you name it. Pretty much everything except the environment and climate change.

The government’s budget, unveiled last week, didn’t contain a section on the environment — the first time the Ford government entirely overlooked the file in its yearly fiscal plan — and only mentioned the environment, climate and climate change a handful of times.

That document, which promises big spending on highways and subways, is less a budget than an election platform as it was released just before the legislature was dissolved in advance of the June 2 election.

Polls currently suggest another Progressive Conservative government, with the official Opposition NDP and the Liberals, dethroned in the last election to just seven seats after 15 years in power, in a race for second place.

Ford’s government has been hostile to a number of environmental issues over its term.

The Progressive Conservatives scrapped a cap-and-trade system on the province’s greenhouse gas emissions, axed more than 700 green energy projects, cancelled electric vehicle incentives and even went so far as to pull electric vehicle chargers from GO stations. Ford has since done an about-face on electric vehicles, sinking billions into investments for automakers to boost manufacturing in the province — and building charging stations. He has, thus far, stopped short of reinstating rebates to offset the higher cost of low-emission vehicles.

The Ford government rolled back a slew of protections for the environment and species at risk, and launched plans to use natural gas for electricity, a backslide for a province that successfully phased out coal-fired generation to become one of the cleanest electricity producers in the world.

The government champions two new highways that would cut through the Greenbelt north of Toronto in the name of reducing gridlock, though studies by the previous Liberal government suggested the projects would save drivers mere minutes or seconds.

The Ontario Liberals, helmed by former transport minister Steven Del Duca, released an environmental plan Tuesday that promises to repeal legislative changes that weakened environmental protections, reintroduce electric vehicle incentives up to $9,500 and reduce greenhouse gas emissions 50 per cent by 2030 with a net-zero goal of 2050.

The Ford government aims to reduce emissions 30 per cent by 2030. A blistering report from Ontario’s auditor general in November 2021 showed the government was failing to achieve even those reductions.

“The climate emergency is happening now,” noted the Liberal plan. “Ontario used to be a global leader in climate action — then the Ford Conservatives happened, and Ontario went backwards … Carbon pollution is up, climate experts are being fired or resigning and our green spaces are shrinking.”

On Monday, the Liberals promised to reduce transit fares provincewide to $1 until January 2024 as a means of boosting flagging ridership, reducing emissions and lowering everyday costs amid soaring inflation and an ongoing housing crisis. The Liberals would also cancel the contentious Highway 413 and reassess the Bradford Bypass.

The Ontario Green Party called the Liberal environment plan “watered-down, short on details, non-costed” and called for a “real plan for real action to crush climate pollution and make Ontario a giant in the new climate economy.” Green Party pledges include reaching net-zero by 2045, doubling the size of the Greenbelt and providing $10,000 in rebates for electric vehicles.

The Ontario NDP, which released its environmental platform in March 2021, has vowed to reinstate cap-and-trade and use the estimated $30 billion in proceeds to pay for retrofitting buildings, increasing electric vehicle use and planting a billion trees by 2030. Like the Liberals, the NDP platform sets 2050 as the target to reach net-zero.