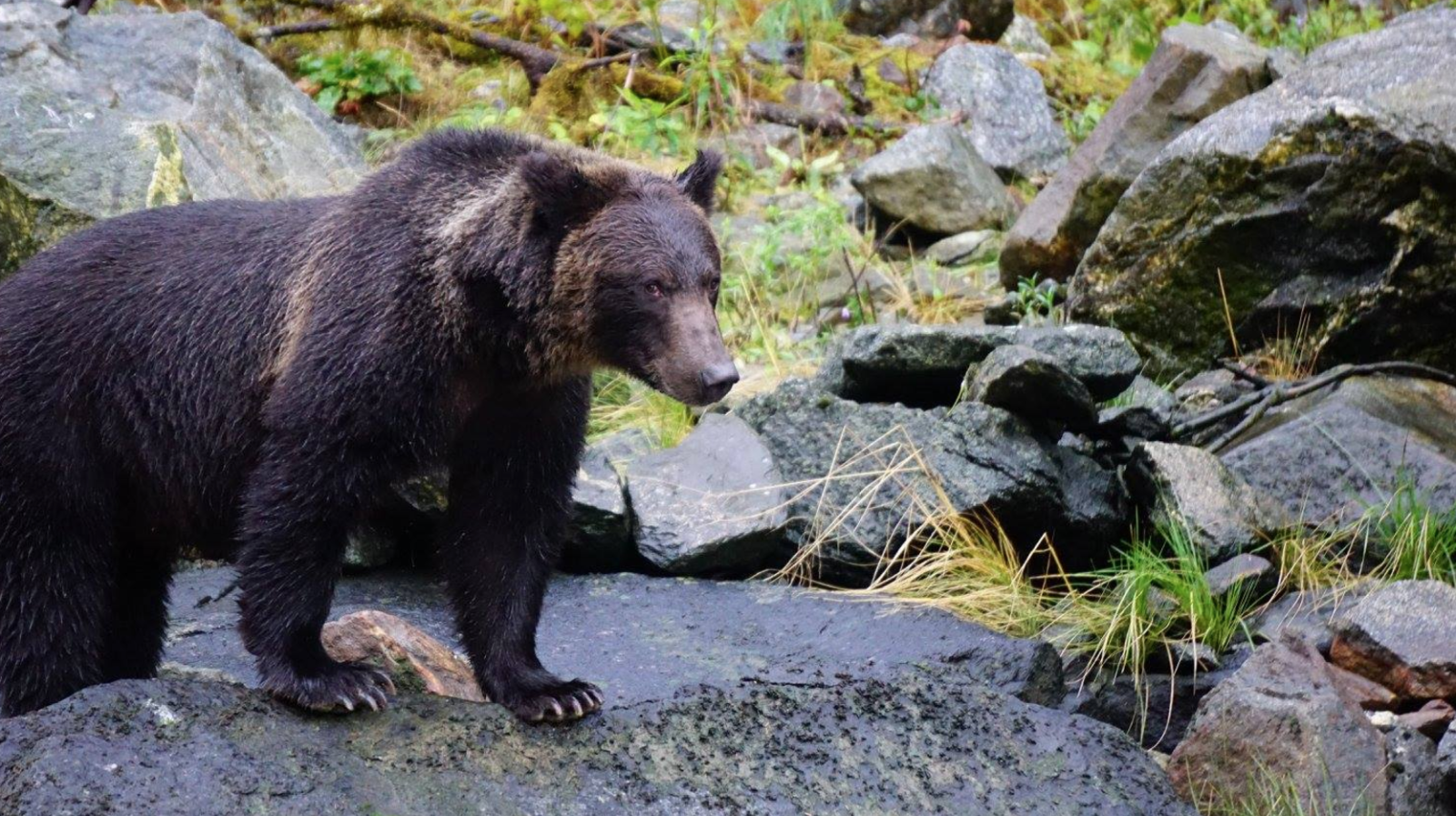 After many years of campaigning from animal lovers and scientists, British Columbia's new government says it is finally putting an end to a controversial pastime for hunters who kill grizzly bears for sport.

On Monday, B.C.'s NDP government announced that as of Nov. 30 this year, trophy hunting grizzlies will be illegal throughout the province and all grizzly hunting will be banned in the coastal Great Bear Rainforest.

Hunters that have been issued permits prior to the announcement will still be allowed to make their kill, Natural Resource Operations Minister Doug Donaldson confirmed. In some parts of the province, the grizzly hunting season begins this week.

"The main factor was the long delay when we had a placeholder government for four months," Donaldson told reporters in Victoria on Monday. "During that time, the limited entry hunting tags were issued in June."

A black eye for British Columbia

Roughly 15,000 grizzly bears call B.C. home, according to provincial government statistics. Each year, approximately 250 are killed by hunters — including some in the stunning temperate rainforest that stretches 64,000 square kilometres from the northern tip of Vancouver Island to Alaska. Of those, and average of 170 are killed by resident hunters while 80 are taken by non−residents.

A recent Insights West poll confirmed that more than 90 per cent of British Columbians oppose hunting for sport, and for years, the practice was considered one of the B.C. government's biggest black eyes by conservationists and activists alike. Coastal First Nations even declared it illegal in their Great Bear Rainforest territory under Indigenous law, and have patrolled the waters on their own sending would-be hunters packing.

The purpose of the ban isn’t because the number of killings is unsustainable for the grizzly population, but largely in response to public opinion, Donaldson said.

"People in the province have come to their understanding, their point of view that the trophy hunting of grizzly bears is not a socially acceptable practice in B.C. in 2017," he explained.

No more head, hide or paws

Under the new provincial policy, hunters will no longer be able to keep the head, hide or paws of a grizzly. Hunting for food will still be permitted, but regulations on how to enforce that are still being developed.

Over the next few months, Premier John Horgan's government will consult with First Nations and stakeholder groups to determine how to enforce the ban. They will also review how to mitigate any negative economic impacts from the change in policy.

Although some communities generate revenue from the trophy hunt, wildlife-viewing and ecotourism in the Great Bear Rainforest alone is estimated to generate 10 times as much revenue, according to the Raincoast Conservation Society. The environmental group greeted Monday's news warmly, but will "reserve judgment" on the food-only hunting policy until it sees how that would work.

"Virtually no one legitimately hunts grizzlies for food," said Raincoast executive director Chris Genovali in a press statement. "Killing these bears is strictly a trophy hunt."

BC Green Party leader Andrew Weaver, who agreed to help Horgan's minority government seize power in the legislature in June, also expressed concerns with the new policy. It creates a system in which not all of the animal will be harvested, he explained, which could be viewed as wasteful by the hunting community.

Furthermore, he added, it won't necessarily stop the flow of online photos of hunters posing over dead bears — graphic images that for years, have helped propel the move to ban the trophy hunt.

“I’m not sure how this will appease the concerns of anyone," he said on Monday. "It appears to me that the NDP were trying to play to environmental voters in the election campaign without thinking through their policies. What we really need in B.C. is science-based approach to wildlife management, not a populist approach to species management."

Weaver called on the BC NDP government to create endangered species legislation — as it stands, B.C. and Alberta are the only provinces in Canada that don't have stand-alone rules to protect at-risk species.

The B.C. chapter of the Canadian Parks and Wilderness Society (CPAWS) also emphasized that while a trophy hunting ban is helpful, it is only one piece of the puzzle when it comes to protecting the province's grizzlies. Grizzly bears are at risk from a number of human-caused factors, the society explained, including poor management of garbage and other attractans, poaching, livestock conflicts, habitat loss and fragmentation, and genetic and demographic isolation.

“Many British Columbians are not aware that for years there has been no legal hunt for the most at-risk populations of grizzly bears in B.C., yet some of these populations continue to decline to perilous levels,” said Johnny Mikes, field director for CPAWS' Coast to Cascades Grizzly Bear Initiative.

“Even though the province will end the B.C. grizzly bear trophy hunt in its entirety, it is only improved management focused on habitat and non-hunting threats that will benefit the bears in these depressed and declining populations.”

According to the Committee on the Status of Endangered Wildlife in Canada, grizzly bears are at a high risk of population decline in human-dominated landscapes. They have low reproduction rates, are slow to disperse across landscapes, and females won’t give birth to cubs unless food stocks are plentiful. In the Great Bear Rainforest, the species is at particular risk from climate change, which threatens their primary food source: salmon.

Monday's announcement included plans to begin consultation on a renewed wildlife management strategy for B.C. that will include "dedicated funding for wildlife and habitat conservation," said Donaldson. The government will develop both long-term and short-term plans for managing wildlife resources, he confirmed.

November 30 is a long way

November 30 is a long way away. How many bears are going to die because the government doesn't want to issue refunds to the bored, rich hunters.

By Elizabeth McSheffrey | News | May 2nd 2017
State Of The Animal