Liberals name the elephant in the room: Oil and gas emissions must come down 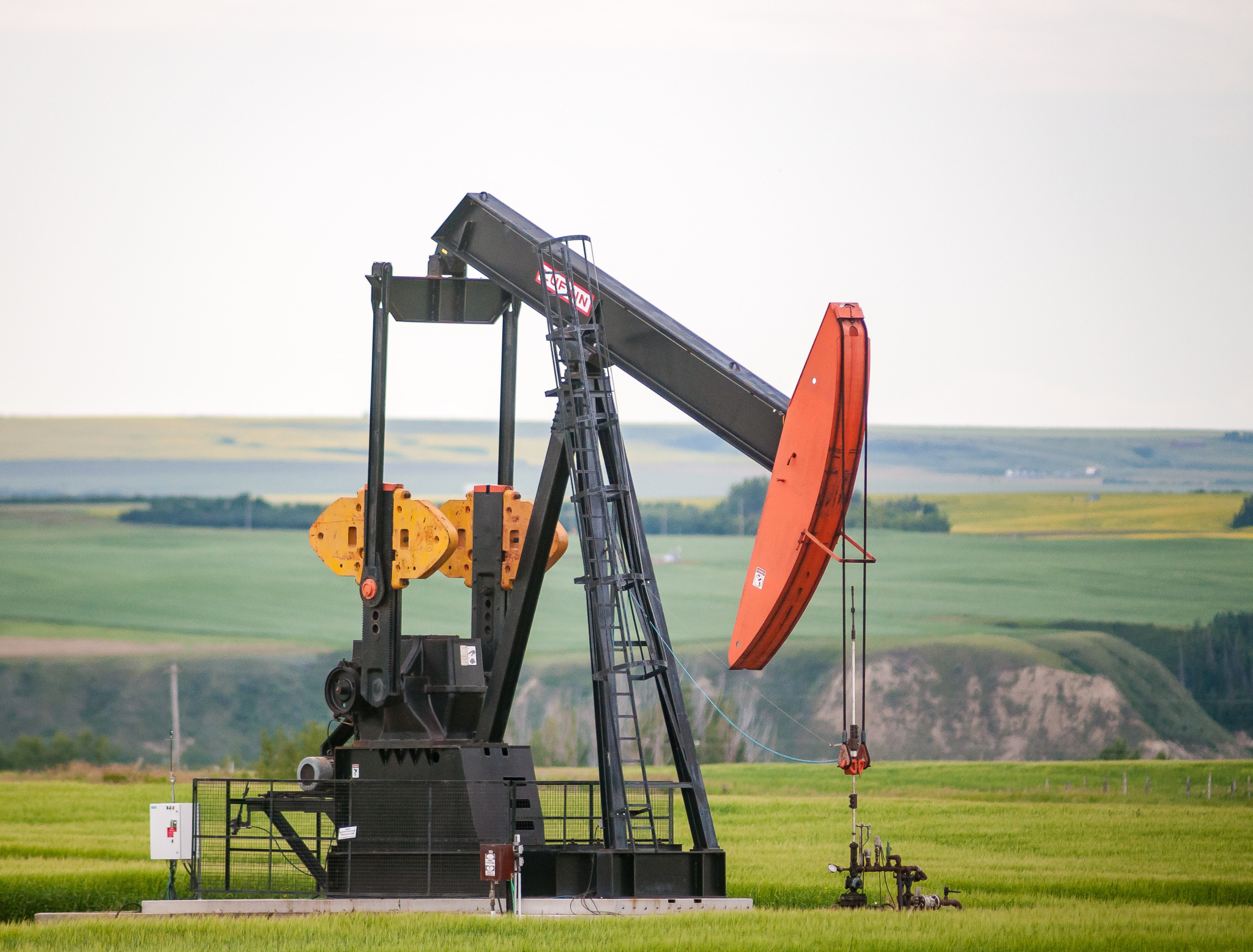 A pump jack sits in the middle of a canola field on the banks of the Red Deer River valley. Photo by David Thielen / Unsplash
Previous story
Next story

The Liberal Party is promising, if re-elected, to require the oil and gas industry to curb its greenhouse gas emissions at a pace and scale needed to meet net-zero emissions by 2050, but experts and environmentalists want details before getting their hopes up.

The climate plan highlights a number of initiatives, like energy efficiency retrofit grants and making sure all vehicles sold after 2035 are zero-emission vehicles, but the plan’s centrepiece is a commitment to cap and lower emissions from the oil and gas industry — a move experts say has long been the missing piece to a credible climate plan.

“We're effectively capping oil and gas emissions in this country, and saying there will be five-year targets that will be established, that will be binding, on the pathway to net zero,” said incumbent North Vancouver candidate Jonathan Wilkinson.

“It's fine, and in some respects important, that the sector improves emission intensity, but emission intensity is not sufficient because if you have more improvements … yet increase production, then you end up with an increase in absolute emissions,” said Wilkinson.

That means “any expansion with respect to the oilsands would have to fit within the cap we've put in place and the reductions that would be required,” he said. “So the only way you could see significant expansion in the oilsands is if you saw enormous improvements in emission intensity.”

Experts Canada’s National Observer spoke with applauded the Liberals for recognizing that emissions in the oil and gas sector need to be regulated if there is any chance to reduce greenhouse gases in line with what science demands, but called the commitment too vague.

“How much of this is (based) on carbon capture technology? How much of this is actually stepping in and saying no new expansion?” asked Cam Fenton with climate group 350. “There's way too much wiggle room built into it at this point in time, which is worrying ... There's a very big difference between whether or not this is a plan to wind down versus wind up and offset.”

The Liberal Party is promising, if re-elected, to require the oil and gas industry to curb its greenhouse gas emissions at a pace and scale needed to meet net-zero emissions by 2050. #cdnpoli #elxn44

“This reads more like what have we already promised, what have we put forward, and what're the new things we can add in, particularly to address the most significant critiques we're facing,” he said. “When you look at the things they're most worried about, a lot of it has to do with their foot-dragging on the Just Transition Act, and then the big elephant in the room of the climate plan has always been the lack of a plan for oil and gas emissions.

“So this feels more like it's gilding the lily of their existing plan, as opposed to actually reacting or responding to the scale of the crisis.”

“It's sort of counterintuitive, but they've come out and made these pledges and now a major party is announcing that path to net zero is actually going to be part of government policy,” he explained. “Companies have made these net-zero pledges, but without policy certainty and an actual road map, they're going to find it very challenging to actually secure the investment capital they would need.”

The most notable net-zero pledge from the oilsands came in June when Canadian Natural Resources, Cenovus Energy, Imperial, MEG Energy and Suncor Energy, the companies responsible for 90 per cent of oilsands production, declared an alliance aimed at reaching net-zero through a multibillion-dollar carbon capture utilization and storage plan that would connect a sequestration hub to the oilsands with a massive trunkline.

Severson-Baker said a suite of policies for the oil and gas sector is what’s needed because the carbon price on its own doesn’t cut it.

He said that five-year plans with clear benchmarks, along with clean fuel regulations, and gradual increases to the carbon price are what provide the type of certainty needed for major investment decisions.

Elsewhere in the Liberal climate plan is a commitment to end thermal coal exports by 2030, which builds off a previous goal to phase out domestic thermal coal. In June, Wilkinson also announced what is effectively a ban on new thermal coal mines due to their greenhouse gas impact.

“If the argument is, ‘We need to stop exporting thermal coal because it's driving emissions elsewhere,’ the exact same logic applies to oil and gas,” said Keith Stewart, a senior energy strategist with Greenpeace Canada.

“In Canada we are still not ready to have an honest conversation about what the International Energy Agency's net-zero by 2050 report tells us, which is that to contain global warming to 1.5 C there can be no new investment in fossil fuels,” she said. “It seems like we're ready to address the coal component of that reality, but talking about the end of oil and gas is still a difficult topic in Canada.

“Obviously it's a complex and difficult transition that we'll need to undergo, but really this election should be about naming these hard choices that we'll have to make in the coming years,” she said.

Methane has been identified as a priority for greenhouse gas emission reductions by the IPCC because it warms the planet faster than CO2 but has a shorter life in the atmosphere.

Wilkinson signals to thermal coal industry its days are numbered

Jeopardy: "Canadian politics for $100."
Clue: "A hopeless contradiction."
Response) "What is the Liberals' climate policy?"
*
The Liberals plan to "green" fossil fuels, not get off them.
Trudeau & Co. are following Big Oil's playbook: delay, delay, delay.
The oil & gas industry, and their financial and political backers, are banking on global climate action failure. The only scenario in which oilsands expansion makes sense.
Net-zero upstream emissions targets are greenwashing. Even if upstream emissions (from extraction activities) are reduced to zero, this does nothing to offset or reduce downstream (tailpipe) emissions at the consumer end. The oil industry has no way to decarbonize the downstream combustion of fossil fuels, where at least 80% of the emissions from a barrel of oil occur.
IEA's Net-Zero by 2050 report says no new investment in fossil fuels to contain global warming to 1.5 C. The Liberals reject the IEA's conclusions and every IPCC report likewise. So does the oil industry, obviously.

Result: Total oil & gas emissions do nothing but climb year after year as production growth outpaces technological improvements. Under climate leader Trudeau, Canada's GHG emissions in 2018 hit levels not seen in a decade."Canada's emissions have actually climbed slightly every year the Liberals have been in power."
Climate action and a thriving fossil fuel industry are incompatible.

On the day the latest IPCC

On the day the latest IPCC report came out, Environment Minister "Wilkinson reaffirmed Canada's commitment to phasing out fossil fuels and achieving net zero carbon emissions by 2050, but said achieving that target will require money generated by fossil fuels."
"Ottawa says it needs revenue generated by the Trans Mountain pipeline to fight climate change" (CBC, 9-Aug-21)
*
A thriving oil industry will only delay the transition.
Canada does not need fossil fuel dollars to fund the transition. Like selling cigarettes to cure lung cancer.
If Trudeau has billions of (our) dollars for pipelines, he has billions of dollars for renewables.
Transitions start by moving in the direction you wish to travel. Doubling down on fossil fuels takes us in the wrong direction. Building fossil-fuel infrastructure locks us into a fossil-fuel future. When you're in a hole, stop digging.
*
Trudeau (2016): "There is growth to be had in the oilsands. They will be developing more fossil fuels while there's a market for it, while we transition off fossil fuels."
Trudeau (2017): "No country would find 173 billion barrels of oil in the ground and just leave them there."
"Trudeau's Orwellian logic: We reduce emissions by increasing them" (Globe and Mail)
https://www.theglobeandmail.com/opinion/trudeaus-orwellian-logic-reduce-...

I think there needs to be a

I think there needs to be a little fact checking there.

So this whole article is

So this whole article is about a plan to not emit as much carbon while dragging fossil fuels out of the ground . . . so someone can continue to emit masses of carbon while burning them. Even if CCS worked, who gives a damn? Nobody's going to be putting any CCS in the tailpipes of all the cars and trucks and trains and shipping. Nobody's going to be putting any CCS in my natural-gas-heated home, or in all the leaky pipelines on the way to it.
We need to stop extracting the fossil fuels, not extract them in a somehow "cleaner" way.

When it is all said and voted

When it is all said and voted on I just want the subsidizing to come to a full stop across the country for any and all industries.

"... reaching net-zero through a multibillion-dollar carbon capture utilization and storage plan that would connect a sequestration hub to the oilsands with a massive trunkline."

Sequestration by pumping the CO2 underground to assist in extracting more oil? (and what happens to all that CO2 after it has served that purpose is, of course, none of our business. Old oil wells are completely leakproof, after all.)

Or sequestration by pumping all the CO2 up into a great big pie in the sky?

CCS is *NOT* a solution to CO2 emissions at all; not even to upstream emissions. It is just greenwashing, to allow continued expansion of oil and gas production at least until the present generation of O&G executives have collected their massive golden parachutes and retired to their superyachts. And after that, does anyone really think they care?

Major oil companies have known full well about climate change for around 40 years, and have done nothing except deny and obstruct and bribe the politicians to go along. Why would they change now, when governments are offering them billions in subsidies to keep on with business as usual? The only change will be the excuse for the subsidies.

I never know whether to laugh

I never know whether to laugh or cry at these government (or worse, campaign) pronouncements. On the one hand, we have the IPCC's Code Red Working Group 1 report along with desperate pleas from UN Secretary General António Guterres (and before him, Ban Ki-moon) and the updated World Scientists’ Warning of a Climate Emergency 2021 (https://academic.oup.com/bioscience/article/71/9/894/6325731).

On the other hand, we have dithering politicians still prostrating themselves — in history's greatest example of kowtow — before the fossil fuel gods and emperors.

1. Net-zero carbon is a boondoggle. We need to get our emissions down to virtually zero. "Net-zero" assumes all sorts of carbon-removing technologies that either don't exist yet or that aren't "economically viable" (and we all know what that means).

2. THE WHOLE BUSINESS OF FOSSIL FUELS IS CARBON EMISSIONS! Politely inviting FF corporations to reduce their emissions is like, well, maybe we should ask one of the late-night comedians to come up with an apropos metaphor. Like asking a baby (ahem) to poop less? They're little eating/pooping machines. You can't ask a fossil fuel company to emit less carbon any more than you can ask a baby to sh!t less. The question does not compute. They've known for decades that they had to pivot to renewable energy or phase their businesses out of business completely. Have they taken a single step in that direction? Ha! They keep digging/drilling and emitting (eating and pooping). This is a case where throwing the metaphorical baby out with the bathwater is going to be a good thing.