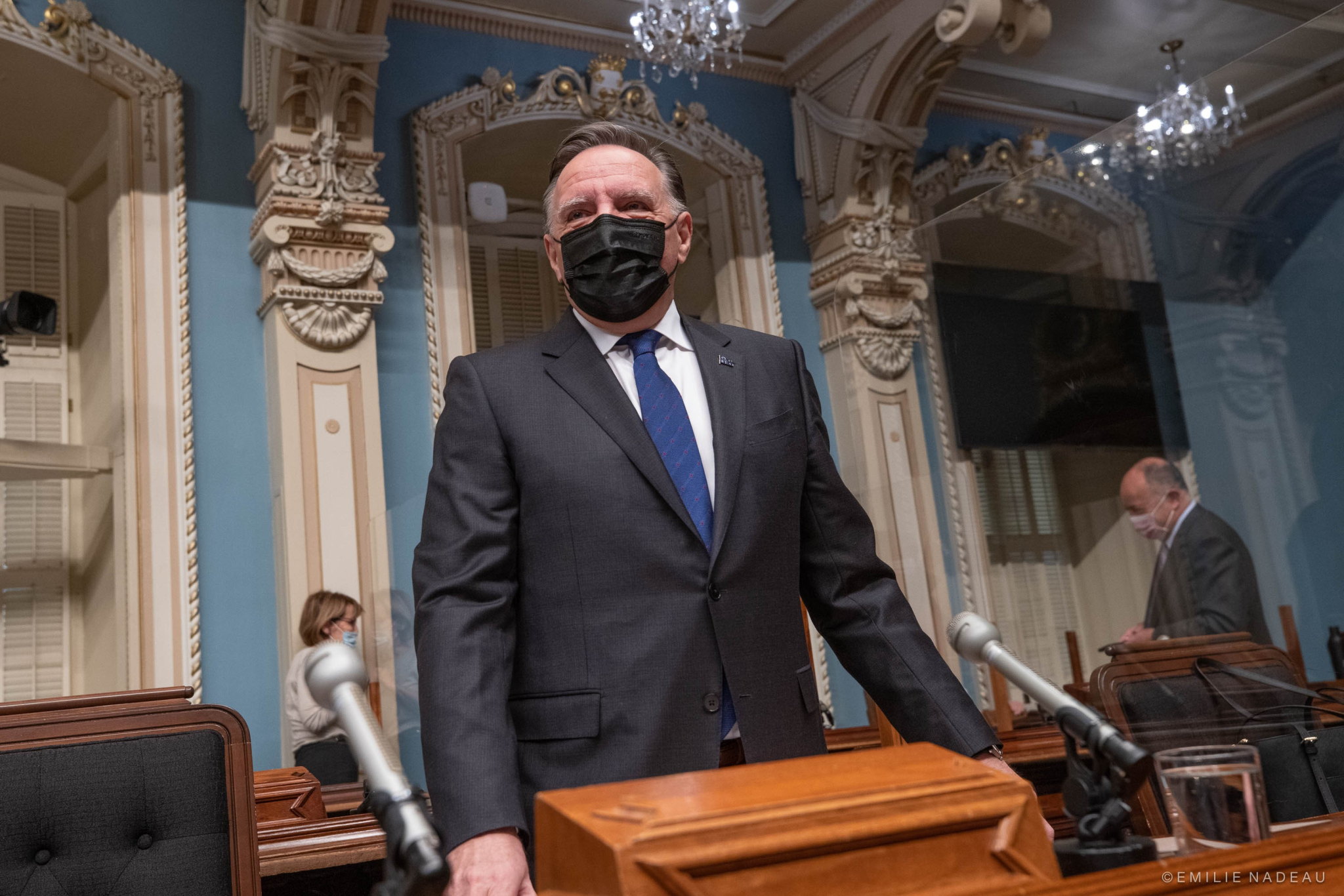 The Quebec premier's speech Tuesday is being hailed by environmental activists as a bold step toward reducing fossil fuel production. Photo via François Legault / Twitter
Previous story
Next story

In a groundbreaking move, Quebec Premier François Legault announced the province will “definitively renounce the extraction of hydrocarbons on its territory” during a speech outlining his government's priorities in the National Assembly on Tuesday.

The news comes just two weeks before the start of the COP26 UN climate talks in Glasgow, Scotland, and is being hailed by environmental activists as a bold new step toward reducing fossil fuel production.

“Excellent news,” tweeted Geneviève Paul, executive director of the Centre québécois du droit de l'environnement. “We applaud the leadership of the Quebec government, and let's remember that this can be done without compensating the companies concerned.”

“The Quebec government will end the extraction of oil and gas in the province,” Environmental Defence national climate program manager Dale Marshall wrote on Twitter. “Quebec has oil and gas reserves and companies have licences, so this is a big deal. What will the feds do to stop oil and gas expansion?”

“Closing the door on fossil fuel extraction is a huge victory, made possible by relentless opposition from citizens to both shale gas and conventional oil and gas exploitation,” Greenpeace Canada climate campaigner Patrick Bonin said in a release. “In Canada and around the world, the pressure to end the expansion of oil and gas production will only continue to grow.”

The ban on fossil fuel extraction comes after three oil and gas companies sued the Quebec government over environmental laws preventing them from drilling on previously approved leases.

Fossil fuel companies in Quebec have received permits in previous years to drill for oil and gas in the province, though no new permits have been issued since Legault took office, the Globe and Mail reports. Quebec is not known for fossil fuel extraction, but has the second-largest oil-refining capacity in the country after Alberta, with refineries that handle 20 per cent of all gasoline produced in Canada.

In recent years, strong public opposition to fossil fuel expansion in Quebec has led the provincial government to reject several major projects. GNL Québec’s $14-billion liquefied natural gas (LNG) project was nixed recently after the province decided it was not convinced the LNG export facility would lower greenhouse gas emissions. Quebec also previously refused to authorize an exploratory drilling licence for the Galt project near Gaspé over potential risks to nearby waterways. Utica Resources Inc., the company behind the licence application, has since filed a lawsuit against the province over its rejection.

Cheap grandstanding. A feel good policy that has no impact on the Quebec economy, as in: "let's remember that this can be done without compensating the companies concerned".
A more substantial policy would be to reduce off-shore oil imports into Quebec refineries and import oil from Canada (tankers from NF&L instead of Saudi Arabia?) while oil is phased out as an energy and chemical resource. But hey, like the vetoed eastern pipeline, that might make Quebec more dependent on the ROC - a definite non-non for separatists.