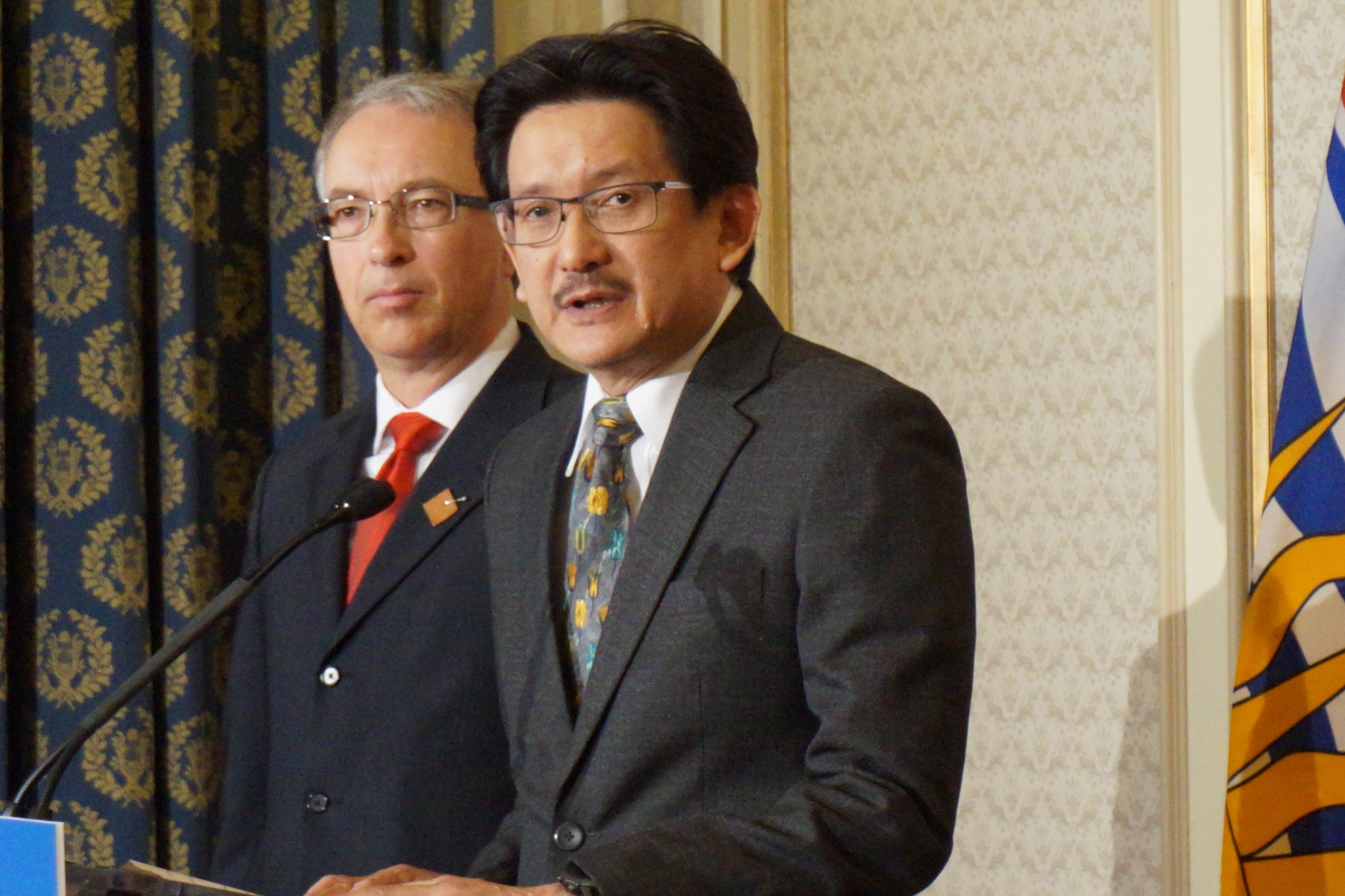 The Pacific NorthWest LNG project has triggered an onslaught of legal challenges and been described as a climate-polluting "carbon bomb."

But according to a lead official behind the controversial proposal, the $36-billion development project will proceed in British Columbia, just as planned.

"Well, I think it's up to the court to decide," Wan Badrul Hisham, Pacific NorthWest LNG's chief project officer, told National Observer in response to questions about First Nations' lawsuits challenging its approval.

"As for Pacific Northwest LNG, we've done everything that the Crown has required us to do in order to complete our permits."

Hisham was in Vancouver on Thursday with the B.C.'s Aboriginal Relations and Reconciliation Minister John Rustad and Kitselas First Nation Chief Joe Bevan, to make an announcement about an LNG benefits agreement with the central B.C. indigenous nation. The agreement would provide funding for community and economic development projects, and land transfers linked to the construction and operation of proposed LNG export facilities including Pacific Northwest LNG and LNG Canada.

The Trudeau government approved Pacific Northwest LNG in September 2016, and if constructed, the Canadian Environmental Assessment Agency has acknowledged that it would be one the largest single greenhouse gas emitters in Canada. The following month, the Gitwilgyoots tribe of the Lax Kw’alaams First Nation, Gitanyow hereditary chiefs and SkeenaWild Conservation Trust sought a court order to block the project. Two hereditary chiefs from the Gitxsan filed an additional court challenge in January.

Critics say Pacific Northwest LNG could trigger the collapse of the province's wild salmon runs, which are among the largest in the world. They say its location near Lelu Island, on the northern B.C. coast, would threaten vital salmon habitat in the Skeena River estuary and the eelgrass beds around Flora Bank. But a federal environment assessment found that "the project is not likely to cause significant adverse effects to marine fish and fish habitat" if proper mitigation methods are used.

But a peer-reviewed scientific study released in November found that the Trudeau government's decision was based on flimsy evidence.

“Any threat to our salmon threatens the survival of our culture and our very existence as indigenous people,” said Gitxsan heredity chief Yvonne Lattie of the Gwininitxw house group, who is among the four applicants who filed a federal court challenge against Pacific Northwest LNG. She made the comments while visiting Vancouver in March.

The traditional territories of the Gitxsan are in the upper Skeena River watershed. But the Gitxsan are divided on the project, with some hereditary chiefs publicly expressing support for TransCanada Corp.’s proposed Prince Rupert Gas Transmission pipeline, which would transport natural gas from northeast B.C. to the Pacific Northwest LNG terminal.

Meanwhile, supporters of the massive terminal and pipeline project say it will generate roughly $2.5 billion in tax revenue for governments and 4,500 jobs during peak construction.

"It's not an issue of one or the other," said Minister Rustad. "We worked closely with the company (Pacific Northwest LNG) and with Canadian environmental assessment to ensure that if a project goes forward, and we're optimistic that it will go forward, that it will not have a significant impact (on salmon)."

Salmon are a serious concern,

Salmon are a serious concern, the Fracking of methane in Quake zones is even more troubling. Slick water on YouTube explains what tragedies that causes to humans, animals, air and our precious aquifers. The Jessica Ernst and Diana Daunheimer tragedies in Alberta are the result of the "Straw man Fallacy" of the AER, Alberta s Industry funded and Self Regulated Fox Theatre.
When Alberta farmers ranchers and cash croppers realize what effect the un-checked release of Airborne Pollutants that fall unto their soils and Uptake into their pasture grasses and grain the Clarion Bell will be ringing to late.

The AER allowing the Wild West mentality of Oil and gas exploration is as if they were partners of Club Armageddon.