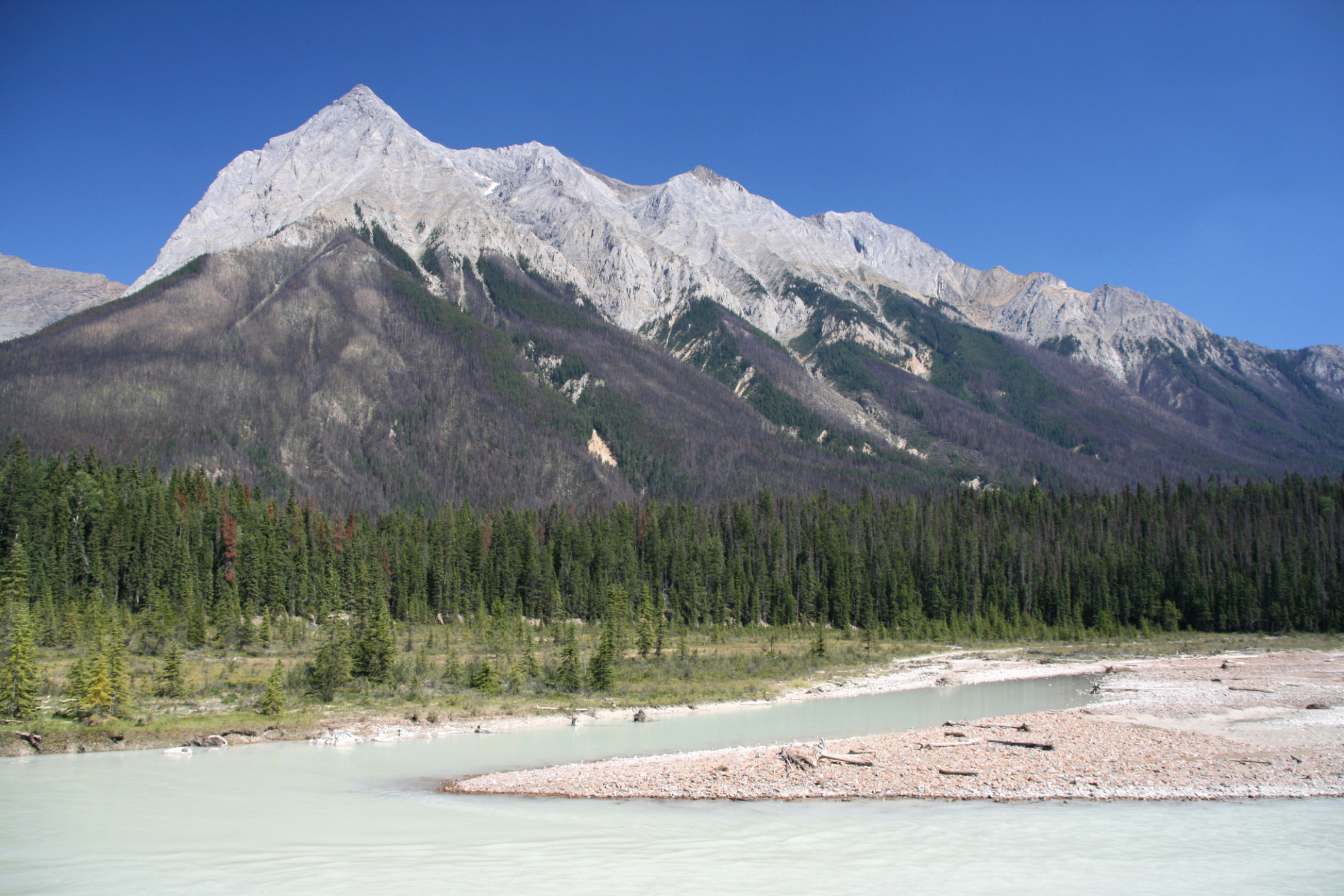 2020 has passed, along with Canada’s deadline to strive to protect at least 17 per cent of land and 10 per cent of ocean. A new CPAWS report outlines the successes and failures. Photo by Marek Slusarczyk / Wikimedia Commons (CC BY 2.5)
Previous story
Next story

Lack of adequate conservation measures by provinces and territories is to blame for Canada failing to meet its international conservation target, according to a new report by the Canadian Parks and Wilderness Society (CPAWS).

According to the report, Quebec and the federal government stood out as conservation leaders, however Alberta, Ontario, Newfoundland and Labrador, and Saskatchewan were severely lacking. Alberta and Ontario scored the lowest and were judged to have actively undermined conservation.

The report graded provinces, territories, and the federal government based on their efforts to conserve at least 17 per cent of Canada’s land and 10 per cent of its oceans by 2020, and 30 per cent by 2030.

Quebec came the closest to success with 16.7 per cent of its land protected. The feds fell short of the 17 per cent goal, with only 13.1 per cent of land and inland waters protected by the 2020 deadline.

The ocean protection target of 10 per cent was surpassed with 13.8 per cent protected but the report cites concerns about the quality of conservation measures in some areas.

“The report demonstrates clearly that we need action by all provinces and territories to hold and reverse the critical decline of biodiversity, particularly if Canada is going to meet our current pledge to protect at least 30 per cent of land and ocean,” said Sandra Schwartz, national executive director of CPAWS.

The report assigned letter grades to provinces, territories, and the federal government based on their progress towards reaching Canada’s conservation goals, support for Indigenous-led conservation, and protected area management. Prince Edward Island and Nunavut were not graded because CPAWS doesn’t have an on-the-ground presence in those regions.

Quebec publicly committed to conserve 17 per cent by 2020 and achieved 16.7 per cent by creating new protected areas. It is also the first jurisdiction in Canada to submit protected areas for consideration under the International Union for Conservation of Nature Green List Standard — a certification system for high-quality protected areas.

Quebec emerges as a conservation leader according to the newly released @CPAWS #ReportCard. “They were the only province that showed what's possible when there's political will,” said @schwartz_ottawa.

“They were the only province that showed what's possible when there's political will,” said Schwartz.

The province’s failure to establish protected areas in southern Quebec due to industrial interests lowered the grade slightly but Quebec still stands out as an environmental champion, said Schwartz.

Federal government: land A- and ocean B+

The federal government has made two historic investments for terrestrial conservation, one in 2018 committing $1.3 billion over five years and another $2.3 billion in 2021.

“The federal government does stand out as a leader right now,” said Schwartz. “That's significant funds to help provinces and territories get action on the ground and included funding to support Indigenous-led conservation.”

As of right now, it is uncertain exactly how much of the $2.3 billion will be used for Indigenous-led initiatives.

Although the federal government can’t create terrestrial protected areas without support from the provinces, territories, or Indigenous governments, 14 new federal or co-governed protected areas have been created since 2010, protecting 0.5 per cent of Canada’s total land area.

The federal government’s $175 million Canada Nature Fund currently supports 62 initiatives to create protected and conservation areas and/or help recover species at risk. Funding can be accessed by not-for-profit and Indigenous organizations, provinces and territories, and others. Most of the projects will become Indigenous Protected and Conserved Areas (IPCAs) and push Canada to 17 per cent protection when completed.

Even though it fell short of the 17 per cent target for land and inland water, the federal government’s ambitious targets, support for Indigenous-led conservation and significant funding earned it an A-.

The federal grade for marine protection is a B+. In 2015, less than one per cent of Canada’s oceans were protected and in six years the federal government managed to surpass the 10 per cent target by protecting 13.8 per cent. They didn’t get a higher grade because despite exceeding the target, there are concerns about the quality of the protective measures.

In 2018 and 2020, licenses for oil exploration were awarded in the Northeast Newfoundland Slope marine refuge, raising questions about protection standards the Department of Fisheries and Oceans is now working to revise, said the report.

“We remain quite hopeful that we'll see some changes made to marine protection standards,” said Schwartz.

Since 2018, the Northwest Territories has established four Indigenous protected areas managed by Indigenous Guardians programs. The province’s progress can largely be attributed to longstanding Indigenous leadership and investments from the Canada Nature Fund, the CPAWS report stated.

The report found Alberta showed little or no commitment to protecting more of its land base, and actively engaged in anti-conservation actions.

The current Alberta government abandoned its previous commitment to protect 17 per cent of the land by 2020 and instead took significant steps backwards, says the report.

In 2019, the Alberta government abandoned a proposal to protect the Bighorn Backcountry region.

Then in 2020, it announced plans to remove the protected area status from 175 provincial parks. Public outcry forced the government to walk back the decision, however the report says legislative changes are still expected and the future for these areas remains uncertain.

The provincial government also revoked a policy that prohibited coal exploration and mining on the eastern slopes of the Rocky Mountains. Immediate and fierce public outrage resulted in the policy being reinstated, but several exploration and development projects continue.

A recent study published in Environmental Research Letters identified the eastern slopes of the Rocky Mountains as one of the province’s critical areas; able to provide fresh water, carbon storage, and recreational opportunities where they are most needed.

The report notes industrial activities are permitted in many of Alberta’s protected areas and only five per cent of provincial parks have management plans, many of which are either out of date or have not been implemented.

Like Alberta, Ontario dropped its 17 per cent land protection target in 2018 and has protected less than one per cent of Ontario’s land in the last decade. Most of this limited progress resulted from community-led land use planning in 2011 and cannot be credited to the provincial government.

No new protected areas have been added since 2017 and key elements of environmental law and policy have been weakened or dismantled. However, after receiving backlash for special zoning orders the Ontario government has said it plans to expand the Greenbelt and recently announced it would hand over a slice of land to the local conservation authority.

The Ford government’s COVID-19 Recovery Act also altered the Environmental Assessment Act so that a full assessment is now only required if the minister deems it necessary.

The report found the Newfoundland and Labrador government made almost no progress creating protected land and inland waters in the last decade.

There is currently no legislation to support Indigenous-led conservation and any increase in protected areas coverage is thanks to the establishment of Akami-Uapishku-KakKasuak-Mealy Mountains National Park Reserve, a collaboration between the federal government and Indigenous Nations.

In early 2021, three offshore drilling projects were approved off the coast of St. John’s and two of the three projects overlap with or are near a key marine refuge.

Once again, limited action from the provincial government has left Indigenous Nations to advance proposals for IPCAs with financial support from the feds.

The Saskatchewan government failed to protect, monitor, or manage large swaths of endangered grasslands but continued to report them as “protected areas” and count them towards conservation targets.

Showing promise and mixed results: B- to C-

Other provinces and territories showed promising efforts and actions. In 2019, New Brunswick committed to doubling the extent of its protected areas and has started working with Indigenous Nations to identify new areas for protection, earning itself a B- for effort.

First Nations and environmental groups successfully took the Yukon government to the Supreme Court of Canada to stop it from undermining the planning for the Peel Watershed which, now approved, will protect 7.7 per cent of the territory.

However, the government’s approval of mineral development projects without consulting First Nations undermines the constitutionally protected planning processes, earning Yukon a B-.

British Columbia once had the highest percentage of land protected compared to other jurisdictions but since 2010, only one per cent has been added. B.C. lists old growth management areas as protected, even though they fall short of Canadian and international standards for area-based conservation measures.

In the last decade, Nova Scotia has increased its protected areas by roughly 50 per cent for a total of 12.6 per cent of land and inland water protected in 2020.

But in 2019, the provincial government quietly removed the Owls Head coastal headlands from a list of land awaiting legal protection. The report says the government of Nova Scotia needs to strengthen legislation to prevent protected areas from being delisted without public debate, and gave the province a B.

Manitoba has also had mixed results in the last decade and earned a C-. In 2018, the provincial government created a $102 million conservation trust fund to support ecosystem conservation and restoration, but the report notes a “worrying” assessment commissioned by the province to see which parks can be decommissioned and/or privatized.

With such a wide range of conservation successes and failures across Canadian jurisdictions, Schwartz says provinces need to step up and commit to the same international targets that the federal government committed to.

In October, the United Nations Biodiversity Convention is expected to deliver a new plan to stem the tide of disappearing species over the next decade.

In the last four decades, 60 per cent of global wildlife has disappeared, and a million species are facing extinction, according to the World Wildlife Fund.

“Transformational change is going to be required if we're going to reverse the biodiversity crisis confronting our planet,” said Schwartz. “We hope that this report not only gets Canadians to sort of sit up and listen, but most importantly that we get the decision makers across the country to sit up, listen and take action.”

Ford government pledges to protect land to compensate for MZOs

What about PEI? At least the

What about PEI? At least the Island is visible on the map, I guess that's something.

Oops, I see why it wasn't on

Oops, I see why it wasn't on the map.